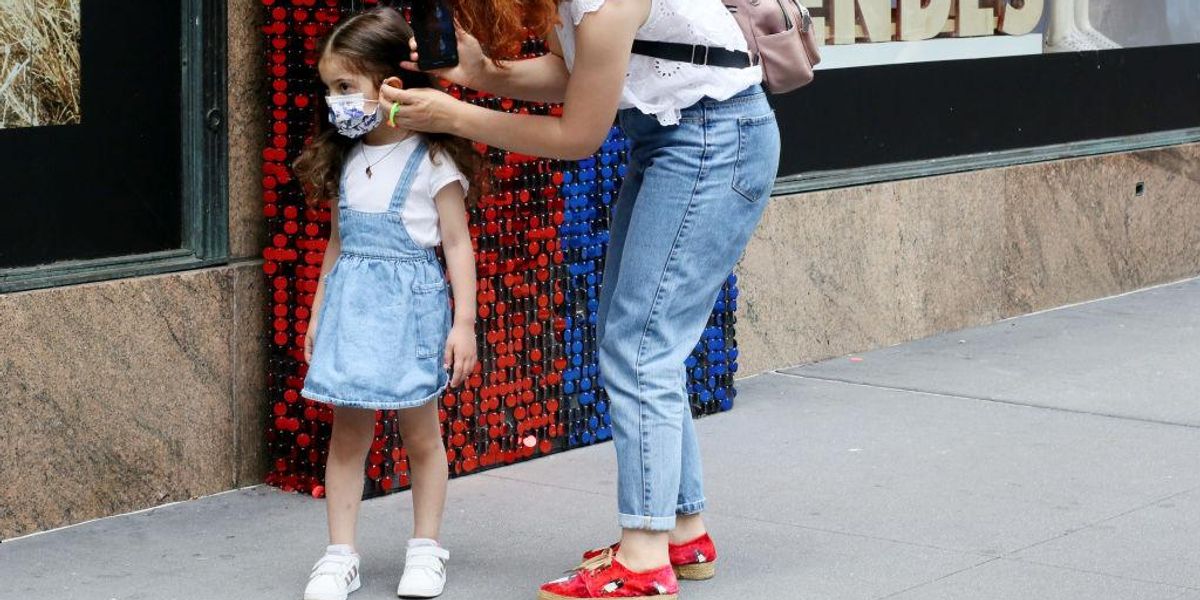 President Joe Biden vowed in January 2021 to “listen to the science,” especially to the kind that would ultimately make sense of COVID-19.

Scientific studies have since revealed the adverse impact that masks have on toddlers, particularly on their communication skills; the relative unlikelihood of children becoming severely ill from the virus; and the potential inefficacy of masks as a means to directly stop transmission. Neither the World Health Organization nor the European Centre for Disease Prevention and Control recommend that kids mask up.

The latest I&I/TIPP Poll has indicated that while a great many in Biden’s party may be listening to the science, they’re not processing it as it regards the masking of children.

Issues and Insights, in partnership with TIPP, asked 1,351 American adults earlier this month, “Is it a good or bad idea to put masks on children under age 5 to deal with COVID?”

There was a stark contrast between responses when factoring in respondents’ political affiliations.

A majority of Democrats (56%) reckon masking kids under the age of 5 is a good idea. Only 24% of Republicans and 31% of independents thought it was a worthwhile endeavor.

On the flip side, 58% of Republicans and 38% of independents think masking toddlers is a bad idea, whereas only 24% of Democrats think that to be the case.

When respondents were grouped by ideology rather than party, there was a similar divide: 56% of conservatives thought it was a bad idea; 31% of alleged conservatives supported the initiative. Liberals again majoritively (54%) supported covering children’s faces.

Ideology and party were not the only differentiators.

When it came to opposing the idea, 39% of women were opposed — two points higher than their male counterparts.

Overall, a narrow plurality of respondents regarded masking children as a good idea, although I&I called it a “tossup.”

I&I intimated that what might partially account for the significant ideological split between the right and the left on the matter of masking kids is media and activist suppression of legitimate medical studies putting the efficacy of masking children in doubt.

Dr. Daniel Rauch, chief of pediatric hospital medicine at Tufts Children’s Hospital in Boston, told USA Today last fall that the “good news continues to be that [COVID-19] is not a common problem for kids.”

The Mayo Clinic maintains that up to “50% of children and adolescents might have COVID-19 with no symptoms” and that “kids are less likely to become severely ill.”

Nearly two years later, the supermajority of kids who handily beat the virus now have antibodies.

The Centers for Disease Control and Prevention revealed data in October that indicated approximately 86% of children between 6 months old and 17 years old had developed COVID at least once by August 2022, reported ABC News. This means nearly nine in 10 kids under the age of 17 have antibodies and therefore some natural immunity.

CNN medical analysist and former Planned Parenthood director Leana Wen recently noted in the Washington Post, “Abundant research shows natural immunity conveys excellent protection against covid. One Centers for Disease Control and Prevention study found that vaccinated people who never had covid were at least three times as likely to be infected as unvaccinated people with prior infection.”

There are serious consequences to masking the constituents of this low-risk demographic.

A study published in the academic journal Archives of Disease in Childhood on Oct. 11 noted that the masking of faces likely had a significant impact on toddlers’ language development, as “babies from 6 months of age tend to shift their gaze from the eyes to the mouth.”

TheBlaze previously reported that the findings of a 2021 study published in “Developmental Science” suggested this problem likely would not have been resolved by the use of clear masks, since infants were unable to recognize familiar words spoken by those wearing them.

A Chinese group, whose work was published in Frontiers in Pediatrics, buttressed this thinking, concluding that so-called public health strategies related to the pandemic “might be associated with a higher risk of delay in the development of fine motor and communication in 1-year-old children.”

Extra to the adverse impact masks may have on children, there also remain questions about their efficacy.

Researchers noted in a scientific article published in Springer Nature Trials, that while the “mask intervention was highly effective at modifying behaviors (distancing, mask-wearing, symptom reporting) … the data is consistent with mask wearing having modest or no direct effect on COVID-related outcomes.”

The I&I editorial board penned an opinion piece concerning the findings of the poll, casting shade on the parents who still think masking children is a good idea.

The editorial board added, “The CDC puts the current number of COVID-related deaths nationwide at 1.1 million people. Can you guess how many of them were children under age 5? 643. … That’s despite the fact that even with school shutdowns, forced isolation, and mask mandates, 3.3 million children under 5 have contracted COVID.”

London School of Economics to ditch religious terms like ‘Christmas break’
Are Conservatives Destined to Lose the Grooming Debate?
JUST IN: 5 Ex-Memphis Police Officers Charged with Murder in Death of Black Motorist, Tyre Nichols
Florida man caught on viral video beating his dog gets 3-year prison sentence and is forbidden from owning any animals
UH-OH: Fox News Is #1, While ‘CNN Just Suffered Its Worst Ratings Week in 9 Years’