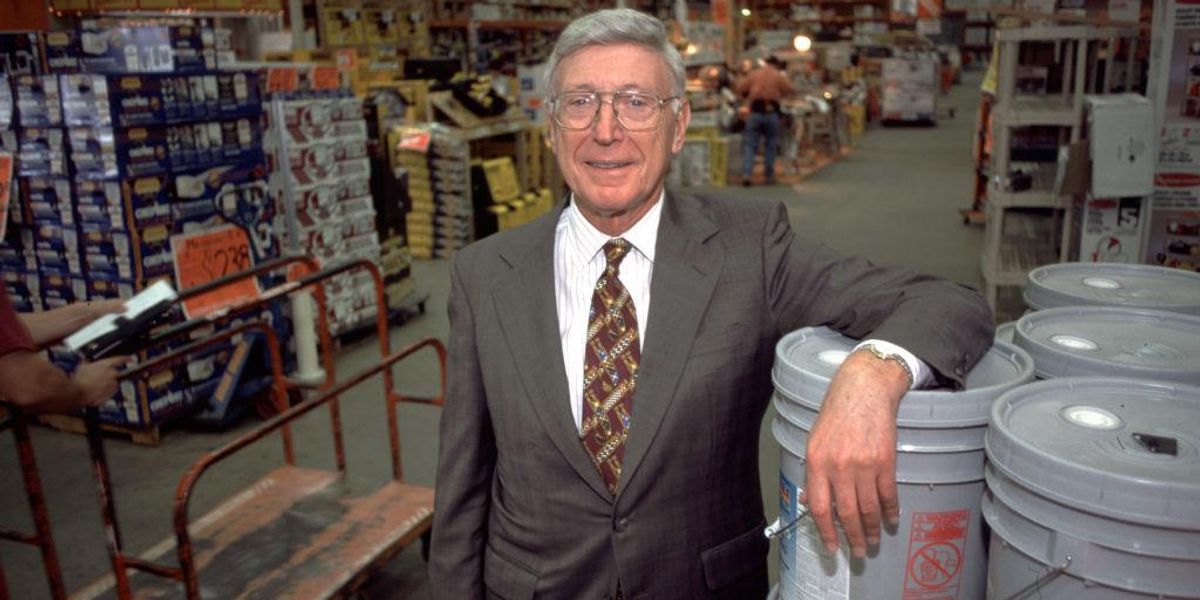 Home Depot co-founder Bernie Marcus, 93, warned that the popularity of “socialism” in the United States had destroyed the nation’s work ethic, threatening the future of capitalism, the Financial Times reported Wednesday.

Marcus, who launched Home Depot with co-founder Arthur Blank, told the Financial Times that the home improvement company became a successful empire because of capitalism.

Since its start in 1979, Home Depot has grown to 2,300 stores across North America with an annual revenue of more than $150 billion.

He noted that when he and Blank opened the first two Home Depot stores in Atlanta, Georgia, Americans were incentivized to take the necessary risks to become business owners. But, according to Marcus, entrepreneurs today face more challenges than he and Blank faced in the late 1970s.

Marcus pointed to the popularity of “socialism” as the reason for the diminishing work ethic in America. He blamed additional obstacles to entrepreneurial success on “human resources executives, government bureaucrats, regulators, socialists, Harvard graduates, MBAs, Harvard MBAs, lawyers, accountants, Joe Biden, the media, and ‘the woke people,'” according to the Financial Times.

The Home Depot co-founder argued that if he and Blank had attempted to start the home improvement company today, “We would end up with 15, 16 stores. I don’t know that we could go further.”

“I’m worried about capitalism,” Marcus said. “Capitalism is the basis of Home Depot, [and] millions of people have earned this success and had success. I’m talking manufacturers, vendors, and distributors, and people that work for us [who have been] able to enrich themselves by the journey of Home Depot. That’s the success. That’s why capitalism works.”

Marcus has been an outspoken supporter of Republican candidates, including former President Donald Trump and Florida Governor Ron DeSantis. He described President Joe Biden (D) as “the worst president in the history of this country.”

Because of his unapologetic support for Trump and Trump’s “spot on” policies, in 2016 and 2019, there were calls on social media to boycott Home Depot. However, Marcus stated that the many attempts to “woke” him were futile.

“We used to have free speech here. We don’t have it,” Marcus said. “The woke people have taken over the world. You know, I imagine today they can’t attack me. I’m 93.”

CNN’s Bash Asks Schiff, Swalwell & Omar About Their Lies & Chinese Ties
Bill Gates flies around Australia for climate change lectures in $70m private jet that guzzles fossil fuels
Parents abandon baby at Tel Aviv airport after failing to buy infant’s ticket: ‘We have never seen anything like that’
China Is Now Covering Project Veritas’ Investigation Into Pfizer
‘If you need to arrest me, I understand’: US Marine allegedly flew from Louisiana to Florida to have sex with 14-year-old girl he met online