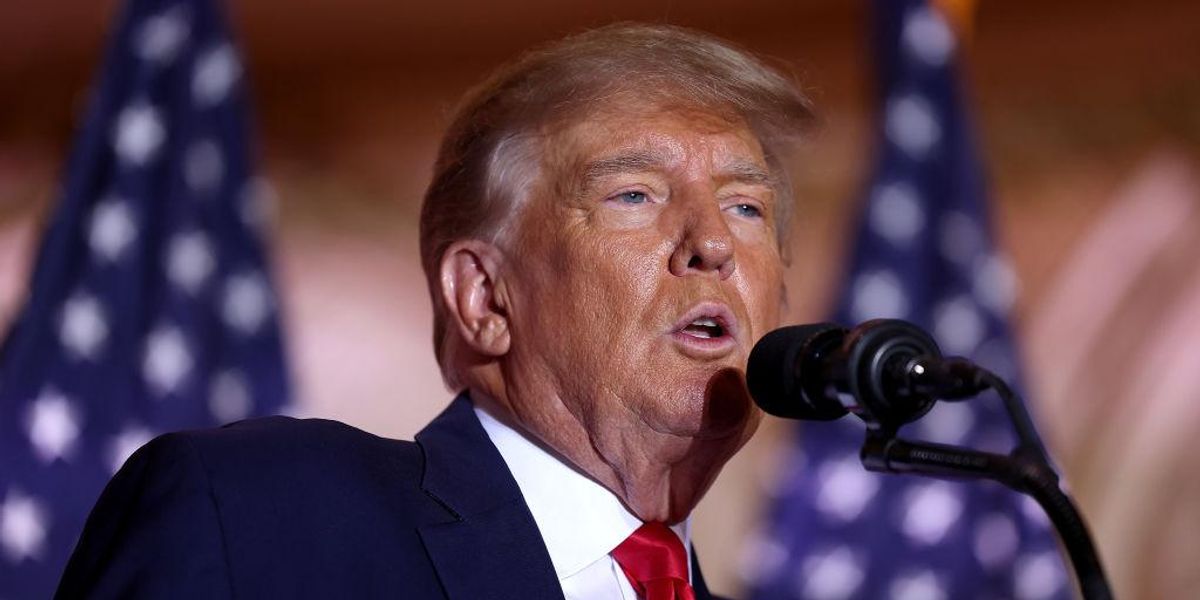 Donald Trump, who was initially subpoenaed to speak on testimony and documents regarding the events of January 6, 2021, will no longer be required to appear in front of the January 6 committee, according to Fox News.

According to the panel’s chairman, Democrat Rep. Bennie Thompson of Mississippi, Trump’s testimony is no longer needed and his subpoena has been withdrawn. A letter from Thompson to Trump’s legal team stated that he is not required to comply nor produce documents for the committee henceforth.

“In light of the imminent end of our investigation, the Select Committee can no longer pursue the specific information covered by the subpoena,” the letter reads.

“Therefore, through this letter, I hereby formally withdraw the subpoena issued to former President Trump, and notify you that he is no longer obligated to comply or produce records in response to said subpoena,” Thompson added.

The 45th president responded on his Truth Social account, stating:

“Was just advised that the Unselect Committee of political Thugs has withdrawn the Subpoena of me concerning the January 6th Protest of the CROOKED 2020 Presidential Election. They probably did so because they knew I did nothing wrong, or they were about to lose in Court. Perhaps the FBI’s involvement in RIGGING the Election played into their decision. In any event, the Subpoena is DEAD!”

The committee had been under fire from media members, such as BlazeTV host Mark Levin, who called it “idiotic” and “counterfeit.”

Oppositely, Rep. Adam Schiff (D-Calif.) says he hopes to make changes to laws on how elections are certified.

Just weeks prior to the withdrawn subpoena, Republican Rep. Adam Kinzinger of Illinois stated that Trump is “absolutely guilty” of crimes stemming from Jan. 6, 2021.

“I think he’s guilty of a crime. I mean, look, he knew what he did. We’ve made that clear. He knew what was happening prior to January 6. He pressured the Justice Department officials to say, ‘Hey, just say the election was stolen and leave the rest to me.’ And then the Republicans all need to put the stamp of approval on it,” Kinzinger told CNN’s Jake Tapper in an interview.

Republican Rep. Matt Gaetz of Florida is also facing accusations, but has not been charged with a crime.