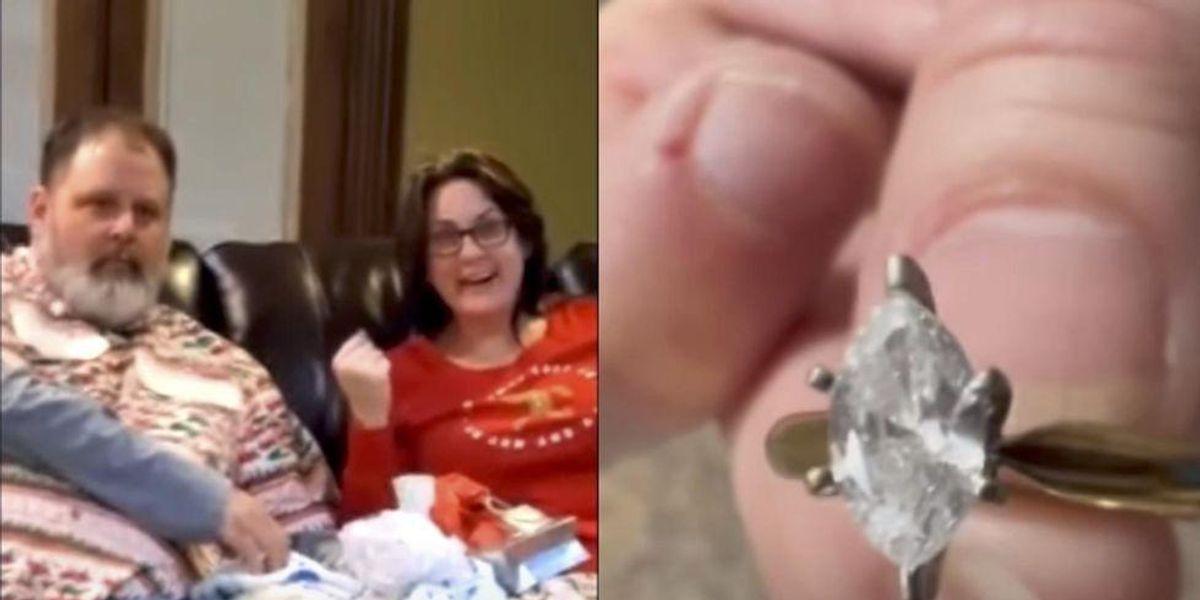 A couple got a shocking surprise on Christmas morning when they opened a present and found an engagement ring that had been flushed down the toilet more than 20 years ago.

Shaina Day and her husband Nick Day of Lakeland, Florida, told their story to WTVT-TV.

Shaina described how she had accidentally lost the ring two decades ago while living with her then-fiancé at his parents’ home.

“I’d taken my ring off. It was sitting on the counter, so when I sopped up the water, I guess I didn’t pay attention very well snagged my ring in the process and tossed it in the toilet and flushed it,” she said.

They went so far as to look for the ring in the house’s septic system.

“I climbed down into the septic tank with a hose that I had to suck up everything that was down there, and I pumped it through a hose over a screen, a window screen into a 55 gallon drum,” Shaina explained.

That effort proved fruitless and they gave up hope.

Years later, the parents said they made a stunning discovery while renovating the bathroom. Apparently the ring had been stuck in the toilet that entire time. A plumber set the toilet into their bathtub to drain out the water inside and out popped the missing ring.

The parents placed the engagement ring in a small ceramic toilet and wrapped it for their gift to open on Christmas morning.

They recorded a reaction video of the couple opening the present.

“That just is absolutely amazing that it’s just been sitting there, because we had just thought it was gone. It was never coming back. It’s hard to believe,” Shaina added.

The diamond was still intact on the ring, which was thoroughly cleaned.

“To know that everyone cared enough about it and thought it was so cool that they didn’t tell us it was an actual genuine surprise. It was,” said Nick.

“It brought tears to both our eyes,” he concluded.

Here’s a local news report about the flushed ring: