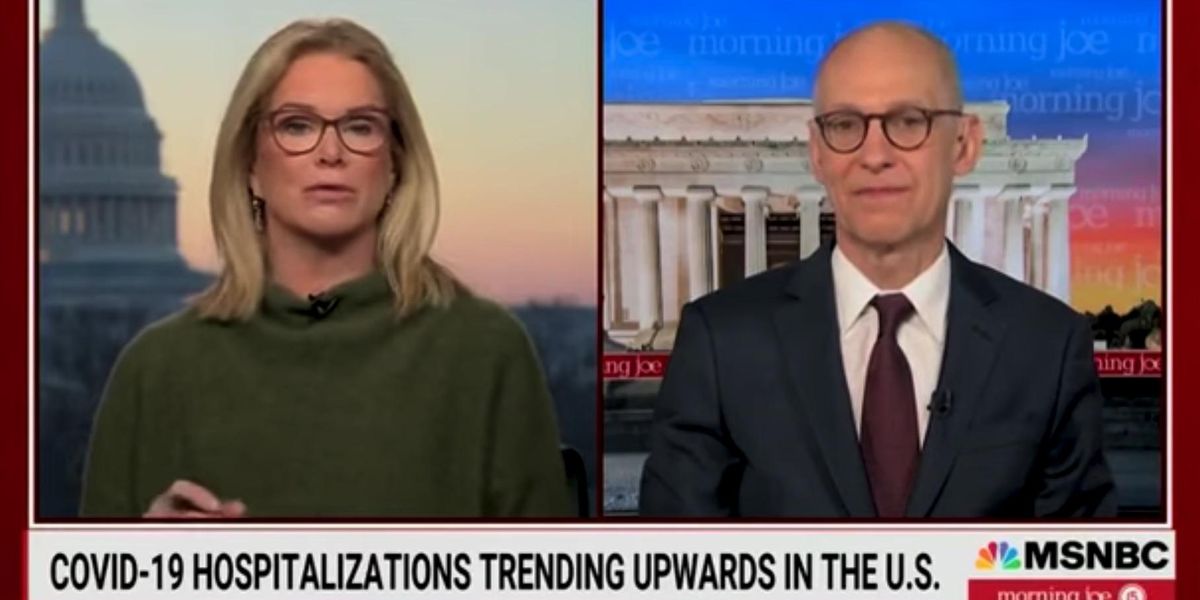 Speaking with Dr. Zeke Emanuel as a guest host on “Morning Joe,” Kay admitted that she was “shocked and appalled” when her children, ages 22 and 16, informed her they would not be getting any additional COVID booster shots.

“I listen to that doctor and you hear how tough it is in the hospitals at the moment, and the fears of new variants, mixed with flu, that is coming on,” Kay began. “You would think that the country would respond by saying, ‘OK, we will make sure we are all up to date on all of our vaccines.’

“But I had a strange conversation with my 22-year-old and my 16-year-old last night, and I said, ‘OK, I booked you in for COVID updates, you’re both back for holidays, you’re going to get your boosters.’ And both of them said, ‘No, we don’t want to. We’ve had enough vaccines, and we don’t think we need them,'” she continued.

“I was shocked and appalled,” Kay admitted.

u201cMSNBC’s Katty Kay said she was “shocked and appalled” when her kids, 22 and 16, told her they did not want to get any more COVID boosters.nn”Is this the kind of response youu2019re seeing from young people…they think this is over and they donu2019t need any more vaccines?u201du201d

“There are only two things that really can prevent transmission of the COVID virus. One is a good mask, an N95 mask and wearing it, especially in crowded situations, on airplanes and transportation, and the other is better indoor ventilation,” he went on to say. “Unfortunately, we’ve gotten to a situation where neither of them seem to be a very high priority to reduce the transmission. And I think that’s where we’re at.”

But Dr. Emanuel ultimately condemned people for placing too much emphasis on vaccines.

“Putting every emphasis on vaccines is not going to solve this problem,” he declared.