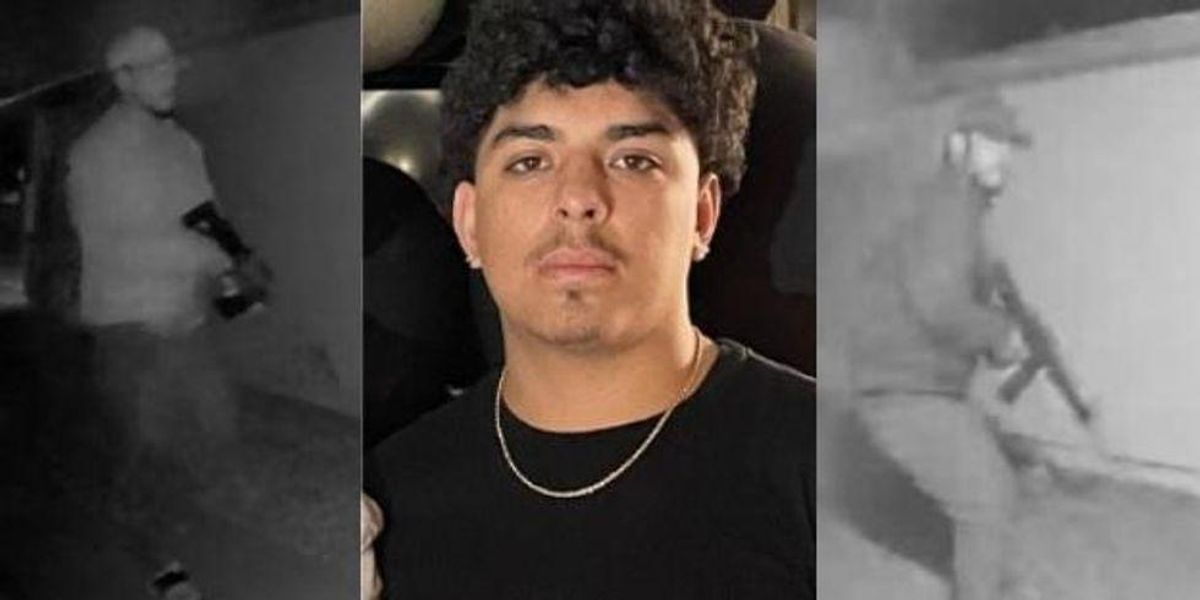 A teen is dead, and his grandfather is recovering from his injuries after a horrific home invasion in Arizona was caught on surveillance video earlier this month.

Around 3:15 a.m. on December 19, two armed suspects wearing baseball caps crept inside a home in Phoenix, Arizona. Within moments, a grandfather, who was asleep, was shot, and 17-year-old Jesse Sainz Camacho was taken hostage. Camacho was then forced into “a dark colored sedan” and driven away, a police report stated.

u201cOn 12/19, 17yo, Jesse Camacho was taken from his home near 88th Ave & Indian School Rd by 2 armed suspects around 3:15 a.m. Another male inside the home was shot. The suspects left with the victim in a dark colored sedan. If you have info contact @SilentWitnessAZ at 480-WITNESS.u201d

One neighbor and former classmate of Camacho claimed he heard the shooting that night through his bedroom window. “I was awake around two-ish, talking to my friends on the phone,” the witness claimed. “And then, I hear gunshots.”

Camacho’s deceased body was ultimately recovered nine days later at a remote location somewhere in Maricopa County. Investigators have not disclosed the exact location or a cause of death.

The suspects have not been identified and remain on the loose. However, police are confident that the two men were after Camacho, not his grandfather. “Jesse was actually the intended target in that home invasion,” Sgt. Philip Krynsky asserted.

Though police would appreciate the public’s help in apprehending the suspects, they caution that the men should be considered dangerous. “We don’t suggest that you approach these individuals,” said Sgt. Krynsky. “Just give us whatever information you have, so detectives can work those leads and … hold these individuals responsible for what they did.”

Krynsky also attempted to reassure the public that law enforcement officers have no intention of giving up on this case until they see justice served.

“Obviously, [the crime] hurts our community,” he said. “We want to make sure we get these individuals off the street. We don’t want there to be any more violence with this. So again, we are looking for you, we’re gonna identify you and hold you accountable.”

The grandfather, whose name and age have not been released, is expected to survive his injuries.

The following news report from FOX 10 Phoenix aired the same day Camacho was abducted, before his deceased body had been discovered:

Illinois man allegedly kidnapped 3 Ohio children after communicating with 12-year-old through SnapChat and other social media​
Is the Trans Cult Putting the Nation’s Blood Supply at Risk?
Teacher shot by 6-year-old student says district ignored 3 separate warnings before the shooting, will file lawsuit
78-year-old woman accused of helping her grandson cover up a murder: Report
Dr. Simone Gold countersues AFLDS board for suing her over claims that she misrepresented herself as group’s head