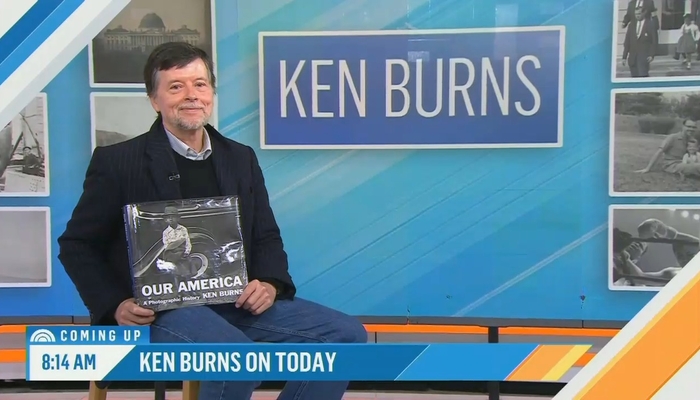 The PBS-branded “American icon” Ken Burns appeared on Wednesday’s Today on NBC to plug his latest book of photographs, Our America: A Photographic History. This 5.75-pound coffee-table book will set you back $75 ($65 at Amazon). At Amazon, you can find the PBS logo hawking several Ken Burns products — pretty slick for “non-commercial” TV. 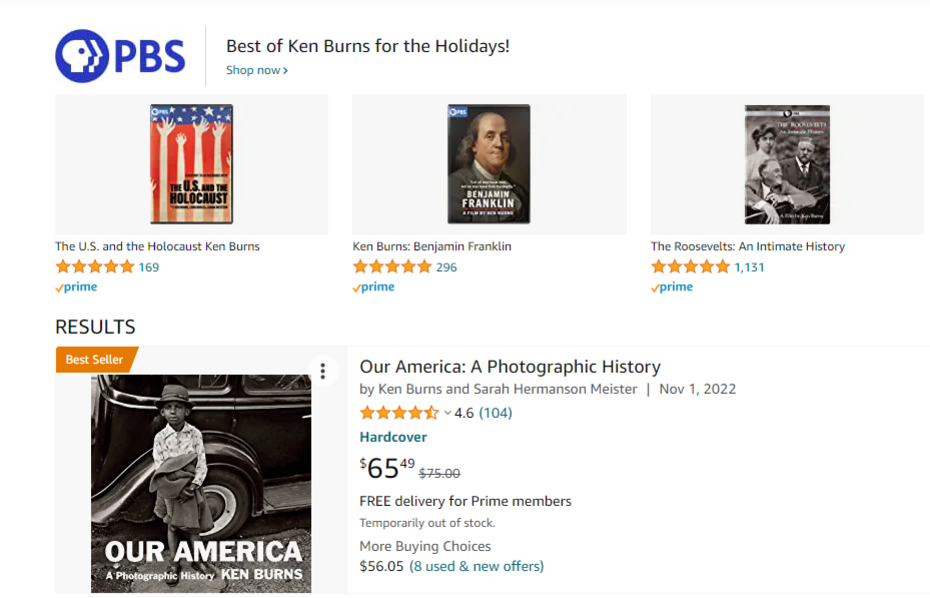 The teases to this interview were truly servile. At 7:30, NBC co-host Peter Alexander gushed “Still ahead, a real treat! Ken Burns back here in Studio 1A.” 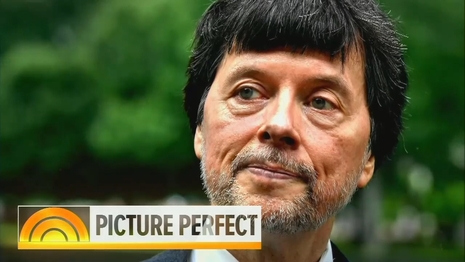 More Alexander sales talk at 8: “Picture perfect. Filmmaking legend Ken Burns gives us a fascinating look at American history with his new book. The images that brought his documentaries to life, now all in one place. We’re gonna see the most iconic.”

Eight minutes later, Alexander again: “But first, a real treat for us! Filmmaker Ken Burns is here to talk about his latest project, telling us the story of our country through a book of unforgettable photos. That’s right after this.”

Who needs late-night and weekend informercials when NBC rents itself out to Ken Burns for free! Then the segment began:

ALEXANDER: Ken Burns is, himself, an American icon, an award-winning filmmaker, best known for documentaries on everything from the Civil war to baseball. And now he has a new book, it’s called Our America: A Photographic History, with iconic images from many of his films.

KRISTEN WELKER: The book tells the American story through these photographs spanning 200 years from every corner of our 50 states. It is really remarkable. Ken Burns, good morning. Thank you for being here. Congratulations

They gabbed about the power of still images, which are used heavily in Ken Burns films, and then, as can be expected, Burns turns to one of his favorite topics, systemic American racism:

ALEXANDER: What about — you’re doing — you get into the natural beauty of this country. You get into sports, gorgeous pictures of Jackie Robinson and Muhammad Ali here. But you also address some of the more challenging parts of our past as an opportunity, I think, to help us heal as we address them in the future, particularly on the issue of race.

BURNS: Well, you know, this is the great subtheme of America. Freedom, obviously, is the main thing we are about —

BURNS: — in terms of theme. But, you know, we’re in a country that knows that it was founded under the idea that all men are created equal. The guy who wrote that sentence owned hundreds of human beings and didn’t see the contradiction or the hypocrisy. And so, the story of us has been the story of trying to understand it. And really, positive ways, the contributions of African-Americans who have the peculiar experience of having once been unfree in a free land tell us a lot about who we are.

Then came the tribute to a modern liberal Democrat:

WELKER: And the final image in this book just takes your breath away, of the late Congressman John Lewis.

WELKER: Why did you want to end with him?

BURNS: — he’s one of my heroes. It’s a beautiful shot done by Richard Avedon’s grandson, Michael. And his hands are folded across his chest. He is both alive and dead. He knows he is sick. He’s got a terminal illness. He sees everything of where we have been and where we’re going.

As they wrapped up, Alexander said “I think this is your fourth trip in the studio since the last year.” Burns gave the aw-shucks reply, “Yes, sorry about that.”

Alexander said “No, we’re always grateful to host.” Welker added “Come back more!…this book is as iconic as you are. Ken Burns — thank you for being here. It was just incredible to see this. This book is Our America: A Photographic History.“

This gushfest was brought to in part by Citi, and the ad with Rashida Jones sitting in a massage chair and asking for a cucumber water was awfully close to the interview that immediately followed.