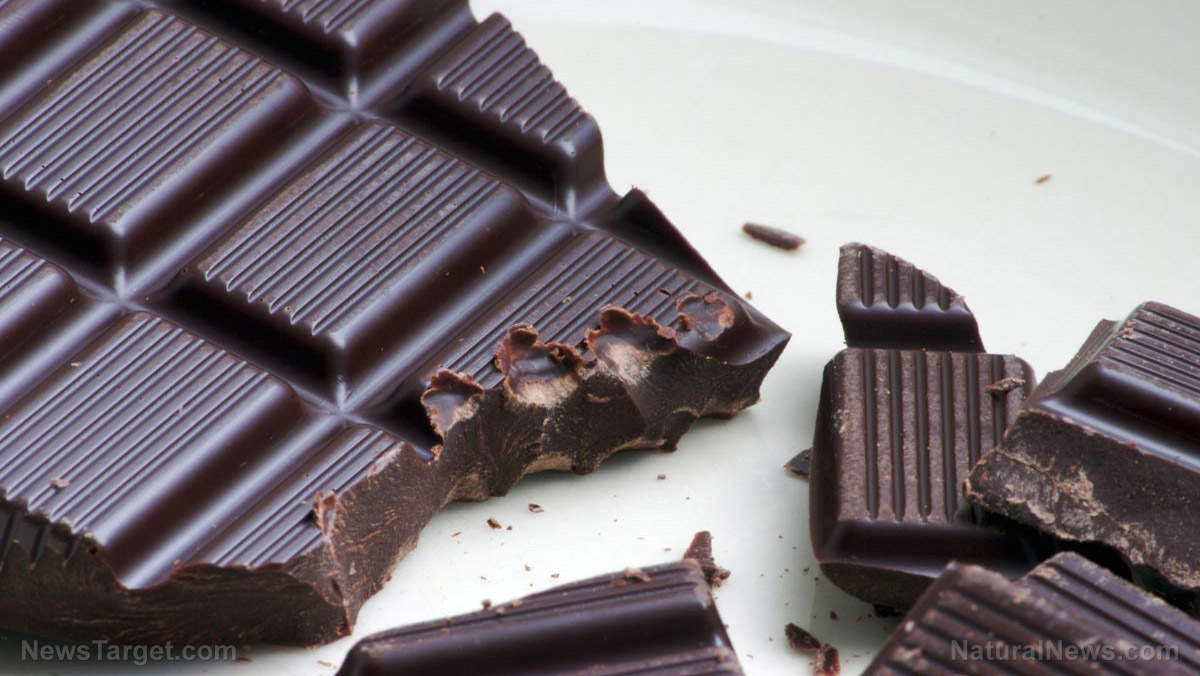 (Natural News)
Hershey Co. is facing a major lawsuit from a consumer who claims that the dark chocolate the company is selling is replete with harmful potentially levels of heavy metals cadmium and lead.

According to Reuters, Christopher Lazazzaro said in a proposed class action lawsuit that was filed this week he would never have purchased our would have paid less for Hershey’s Special Dark Mildly Sweet Chocolate, Lily’s Extra Dark Chocolate 70% Cocoa and Lily’s Extreme Dark Chocolate 85% Cocoa, if the company had disclosed the heavy metal content.

The suit was filed Wednesday in federal court in Central Islip, N.Y. The company did not respond to Reuters for a request for comment.

Previously published studies have shown that antioxidants and lower levels of sugar in dark chocolate can help stave off heart disease. One study published in 2019 noted, according to its abstract:

Chocolate is well known for its fine flavor, and its history began in ancient times, when the Maya considered chocolate (a cocoa drink prepared with hot water) the “Food of the Gods”. The food industry produces many different types of chocolate: in recent years, dark chocolate, in particular, has gained great popularity.

A resident of Nassau County in New York, Lazazzaro filed suit two weeks after Consumer Reports published the results of scientific testing of 28 bars of dark chocolate that sought to gauge levels of lead and cadmium. The consumer magazine noted that while all of the bars contained some amount of heavy metals, 23 of them, including chocolate from Dove, Godiva, Lindt and Trader Joe’s, had what they called concerning levels of either lead, cadmium, or both for anyone who consumes one ounce of the dark chocolate daily.

“Hershey’s Special Dark bar and Lily’s 70% bar were high in lead, and Lily’s 85% bar was high in lead and cadmium, the magazine said,” according to Reuters. “Lazazzaro said reasonable consumers would be turned off by such levels because they pose a ‘serious health risk,’ and that consumers rely on Hershey to be truthful about ingredients in its products.”

EDITOR’S NOTE – FROM MIKE ADAMS – As a heavy metals food scientist, it is my belief that Consumer Reports statements regarding metals levels in chocolate bars was misleading because it was based on California’s Prop 65 standards, which were originally intended to be used to regulate metals in water, not food. While the accuracy of the testing is not in doubt, Consumer Reports would have been more honest if they had reported actual ppb (parts per billion) or ppm (parts per million) levels of the bars, rather than comparing them to the Prop 65 regulations in California, which are misleading and not based on sound science. Consuming, for example, 500 nanograms of lead in a chocolate bar is no health concern whatsoever and should not be cited to unduly scare consumers. We found hundreds of times higher levels of lead in some rice protein products as well as certain probiotics still sold on Amazon, and Consumer Reports has not yet taken any interest in those findings. When we brought these numbers to Whole Foods, which was selling some of these products, they took no interest whatsoever and continued to sell those products to unwitting consumers. Yes, there is a lot of lead in the food supply, but no, chocolate bars are not the primary exposure vector.

His lawsuit seeks at least $5 million in damages as well as at least $500 per transaction under the law in New York state.

“A series of beneficial effects on the cardiovascular system might occur following regular intake of cocoa-containing foods and beverages. Benefits include effects on blood pressure, insulin resistance, and vascular and platelet function,” says the 2019 study. “Polyphenols, abundant in cocoa and dark chocolate, activate endothelial NO synthase; that leads to generation of NO, which lowers blood pressure by promoting vasodilation.

“Indeed, following the consumption of dark chocolate, effects include improvement of the pulse wave speed and of the atherosclerotic score index, with parietal relaxation of large arteries and dilation of small and medium-sized peripheral arteries. Higher concentrations of plasma epicatechins help release endothelium-derived vasodilators and increase the concentration of plasma procyanidins, which leads to greater NO production and bioavailability,” the study adds.

Previous studies have shown that exposure of children to heavy metals can lead to higher instances of autism. Children with autism spectrum disorder exhibited higher levels of several toxic heavy metals — such as lead, thallium and tin as well as mercury and cadmium — compared with their healthier peers, according to a study published in the journal Biological Trace Element Research.