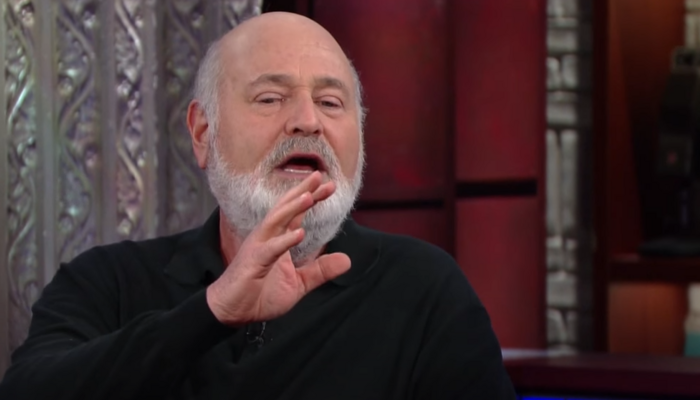 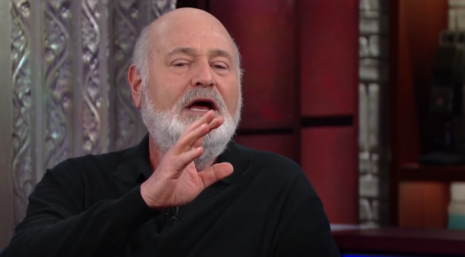 Today we present the WORST OF 2022: Celebrity Freak-Out Award.

“[Republicans] are only interested in power….and they will do anything to get the power. And they are willing to kill, literally kill, to get the power….this might be the last election we have…. in a democracy.”
— Filmmaker Rob Reiner on MSNBC’s The ReidOut, November 4.

“Make no mistake, this is the biggest rollback of human rights in modern U.S. history and we know what a reversal of reproductive rights looks like because your parents and grandparents, they lived it already….I hope so much that the people who make the decisions in this country will think long and hard before they let this devastating overthrow of human rights stand.”
— Host James Corden on CBS’s The Late Late Show, May 4.

“If the Court’s decision is released officially, abortion will be illegal in about half the states in America….That means all across the country, women in places like South Dakota, or Missouri, or even Texas, will have the exact same abortion rights as women in Afghanistan under the Taliban. Just think about that. We just evacuated people out of Afghanistan, and now we’re going to have to evacuate them out of Tennessee?…After all these years of the right screaming about the threat of Sharia Law. It turns out they were just jealous.””
— Host Trevor Noah on Comedy Central’s The Daily Show with Trevor Noah, May 3.

“It is insane that a Supreme Court that doesn’t represent a majority of Americans will cause women more death and suffering….I can’t describe how painful it is to be here now in a place where the Supreme Court has the power to erase 50 years of constitutional law. Make no mistake, this is not where it ends. Conservatives will not rest until they have come for all of our rights….And we have to raise hell in our cities, in Washington, in every restaurant Justice [Samuel] Alito eats at for the rest of his life, because if Republicans have made our lives hell, it’s time to return the favor.”
— Host Samantha Bee on June 24 Twitter promo for TBS’s Full Frontal.

“Screw politics. Screw poll numbers. Joe Biden has a record of accomplishments in the first two years of his Presidency that has gone unmatched for almost 60 years.”
— July 29 tweet by filmmaker Rob Reiner.

“Here’s my feeling about the [Supreme Court abortion case] leaker. I would like to find out who the leaker is, so I could make sweet love to that person, because that person is a hero to me. Okay? If the leaker — a lot of people are saying it could be a conservative — if the leaker is a Republican, and if I get pregnant during our lovemaking, I will joyfully abort our fetus and let them know.”
— Comedian Laurie Kilmartin on MSNBC’s Ayman, May 8.