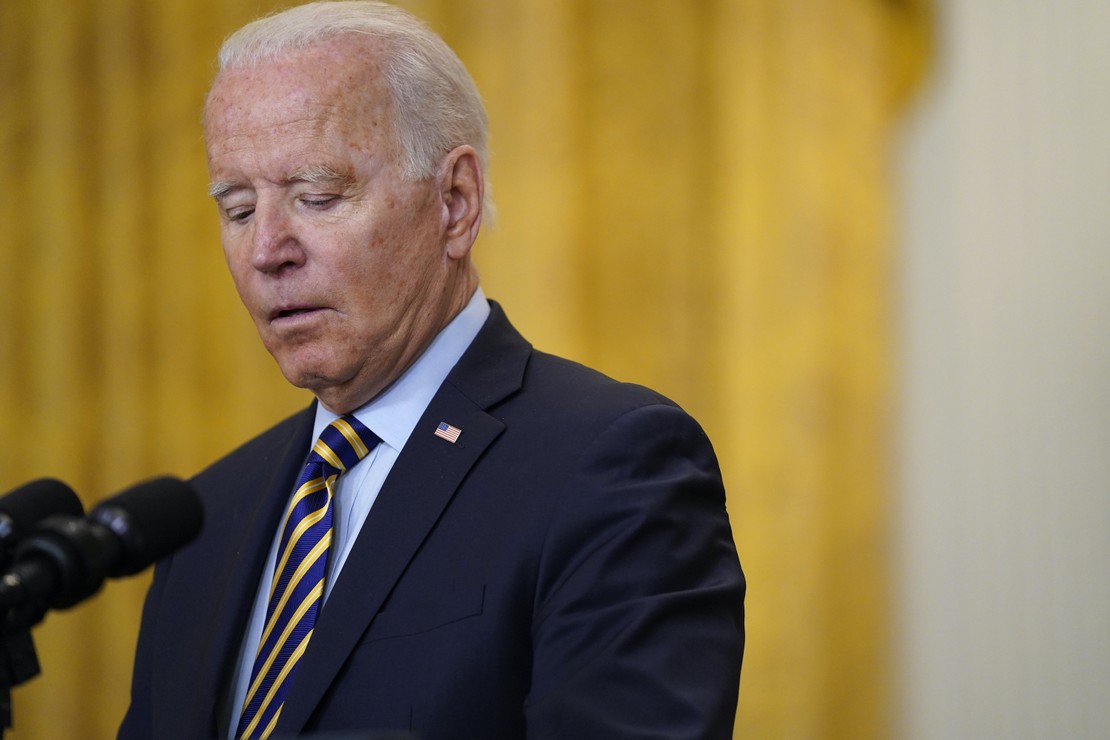 After two years of wreaking havoc on the nation, the White House now has to accept the reality that, with the Republican Party running the House, some accountability is long overdue.

And Joe Biden should be terrified.

Two years may not sound like a long time, but there are plenty of things that House Republicans have promised to investigate, and I’m looking forward to seeing the GOP get to it. Here are just five of them:

There is a staggering amount of evidence that Joe Biden used his power in politics to help his family get rich for decades. Most notable, of course, are the shady business dealings of his son, Hunter Biden, particularly those involving Ukraine and his ties to China. We all know that Joe Biden is “the Big Guy” as referred to in communications found on Hunter Biden’s laptop and that Joe was receiving a cut of Hunter’s profits. The House GOP won’t let this get shoved under the rug. On top of that, Hunter Biden’s shady art show also raised serious questions of whether it was a front for buying access to the Biden administration.

But Hunter Biden isn’t the only person who got rich because of Joe. Joe’s brothers, brother-in-law, and sister have all gotten rich by exploiting Joe Biden’s connections during his political career. According to investigative reporter Peter Schweizer, the Biden family may have profited by as much as $31 million in shady business dealings with China alone.

The botched withdrawal from Afghanistan

Biden was so desperate to be the hero who got us out of Afghanistan that he even threatened to withhold aid from then-Afghan President Ashraf Ghani unless he gave the impression that the Taliban wasn’t making gains and that the country was stable enough for the United States to withdraw. Biden also hid the truth from Congress.

After the botched withdrawal, the lies continued. Despite claims that only 100-200 Americans were still in the country when U.S. forces left, months later, the Senate Foreign Relations Committee released a report showing that as many as 9,000 Americans were left in Afghanistan. The Biden administration knew the actual numbers but lied to the public about it.

There were many calls for Biden’s impeachment In the wake of his botched withdrawal from Afghanistan. “He [Biden] should be impeached. This is a dereliction of duty by the commander-in-chief,” Sen. Lindsey Graham (R-S.C.) said in August 2021. “This makes it harder to fight future wars. Who’s going to help us in the future after we abandoned our friends in Afghanistan who fought bravely?” Graham explained. “And the likelihood of a 9/11 is through the roof now because Al Qaeda and ISIS are coming after us.”

Even before Biden took office, illegal immigrants started flooding toward our border, knowing he would lay out the welcome mat for them. He certainly did, and they’ve been coming in record numbers, many of them with criminal records. Even Rep. Kevin McCarthy (R-Calif.), who has shied away from impeachment talks, seems amenable to impeaching DHS Secretary Alejandro Mayorkas for the ongoing border crisis.

“Our country may never recover from Secretary Mayorkas’ dereliction of duty. This is why today I am calling on the secretary to resign,” McCarthy said in November. “If Secretary Mayorkas does not resign, House Republicans will investigate every order, every action and every failure. And we will determine whether we can begin an impeachment inquiry.”

Merrick Garland’s politicization and weaponization of the Department of Justice are deserving of close examination by the House GOP. Garland issued a memo allowing the FBI to investigate parents who protested school board meetings — effectively treating them like domestic terrorists. He justified his actions by claiming there was a “disturbing trend” of teachers being threatened or harassed — which turned out to be absolutely false. Garland never retracted the memo, and an internal email later proved that he had lied to Congress when he claimed the FBI was not utilizing counterterrorism capabilities to monitor parents. That in and of itself is a crime and an impeachable offense.

Garland also abused his power to protect Biden and his allies and attack Biden’s enemies. He allowed for Congress to get its hands on Donald Trump’s private tax records despite Congress having no legitimate claim to access them, and he declined to launch an investigation into COVID-19 nursing home deaths in New York, Pennsylvania, and Michigan, protecting the Democrat governors of those states.

Last year, Dr. Anthony Fauci said he expects Republicans to come after him after the midterms, and he’s right. He probably thought retiring might protect him, but it won’t. His “leadership” during the COVID pandemic has been rife with controversy, as it’s become clear that politics has played a much larger role in his decision-making than did science. He pushed for universal vaccines, even for kids who are not at high risk from COVID. His universal vaccination approach led him to repeatedly move the goalposts on herd immunity, yet he had the arrogance to claim that anyone criticizing him was dangerous because he represents “science.”

Over the past year and a half, we’ve learned that he lied about funding gain-of-function research in Wuhan and that he had been told COVID-19 was potentially engineered but insisted for over a year that it came from nature. Then there’s the big question as to the role he played in promoting the censorship of speech that questioned the preferred narrative. House Republicans are no doubt looking forward to getting to the bottom of all of it.