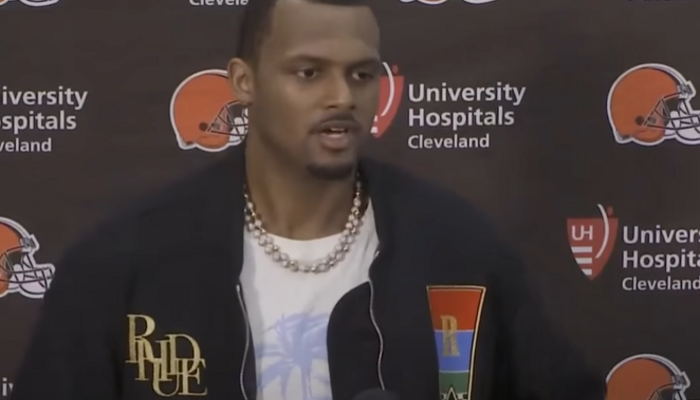 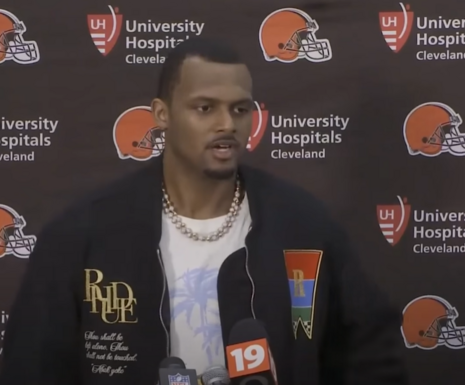 Self-appointed worldwide sports commentator LeBron James directed attention away from his losing Lakers Sunday to rave about Deshaun Watson. The troubled Cleveland quarterback threw three touchdown passes in the Browns’ 24-10 win over the Commanders, but the NFL minimized its publicity on the man who was fined and suspended earlier this season for alleged sexual misconduct.

“Yessir D Watson!! Another one. That boy getting his rhythm back!” James tweeted. Many Americans do not share his zeal for the social misfit who received a $240 million contract from the Browns.

Twitter responders slammed James pretty hard, too. One person labelled him “LeRapeApologist,” calling James an apologist for the man who pressured 30 massage therapists for sexual favors.

LeBron has previously spoken up for women’s rights, but when it comes to Watson and the Browns, a team from his home state of Ohio, his equality talk is cheap.

On the other hand, the NFL was coy in its dealing with Watson’s success. NFL reporter Dov Kleiman noted that the NFL Twitter account typically posts big play videos in their entirety, but not those regarding Watson’s three touchdown passes. Those videos on Sunday focused on the Browns’ receivers, without showing the quarterback actually throw the pass. Just one of the videos showed Watson, and that was only briefly.

One of the NFL videos showed receiver Amari Cooper hauling in the Watson pass and the tweet stating, “Amari Cooper goes all way for 46 yards!” The next video of a Cleveland TD pass shows Watson back-pedaling briefly and the receiver taking the ball into the end zone with the comment, “Browns take a 10-point lead.” The third NFL tweet again focuses on a Cooper touchdown and comments, “Amari Cooper doubles up on TDs today”.

By contrast, NFL Tweets on TD passes elsewhere in the league routinely mentioned the quarterbacks. Tom Brady and Pat Mahomes were among several QBs mentioned by the NFL in scoring pass video tweets.

The NFL suspended Watson for the first 11 games of the season and fined him millions of dollars for his alleged sexual misconduct. By minimizing publicity on him now, the NFL is signaling that Watson clearly does not deserve hero treatment when he plays well.

That’s a winning call for the league that often draws a lot of negative media attention. The unrepentant Watson has done nothing to redeem his shattered image, and he should not be placed on a pedestal just because he can throw touchdown passes.