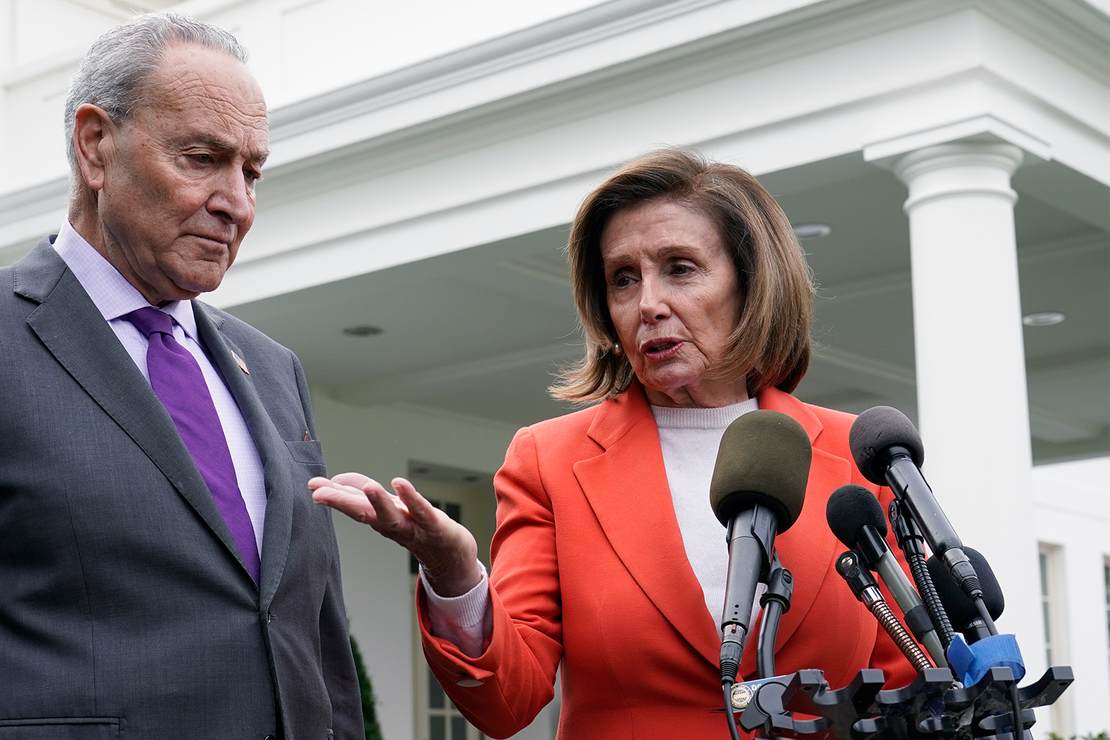 Democrats didn’t just lose their majority in the House of Representatives in November; they lost their opportunity to secure their power in the federal government in perpetuity. With only a slim majority in the House, and a 50-50 split in the Senate, they knew they had a small window of opportunity, and while they failed, they showed us their hand, and we know exactly what they will try to do the next time they regain one-party control. Below, I’ve listed five Democrat power grabs they will try the next time they are given the opportunity to do so.

We know the Democrats will push for this because they just tried. On Monday, House Democrats, joined by a ridiculous 16 Republicans, voted in favor of a bill that would grant statehood to Puerto Rico. Democrat proponents claim admitting Puerto Rico to the union would right the wrongs of the past.

“Invaded by the United States during the 1898 Spanish American War, Puerto Rico has remained in a state of colonial limbo that flies in the face of the anticolonial values upon which the American Republic was founded,” Rep. Nydia Velázquez (D-N.Y.)  said in a press release. “The time has come to fully decolonize Puerto Rico.”

Another obvious power grab is statehood for the District of Columbia. House Democrats voted to make D.C. the 51st state last year. As you can imagine, the Biden administration was in favor of the idea. Statehood for D.C. is a bit more complicated because the establishment of a neutral non-state district for the federal government is established in the Constitution. However, the Washington, D.C. Admission Act appeared to get around that by leaving a small parcel of land to remain as the federal district.

It never went anywhere, but let’s not pretend Democrats won’t stop trying. D.C., if admitted as a state, would be the bluest state in the union, with two U.S. Senators and probably one U.S. Representative with full voting privileges.

Democrats have always sought to change Senate rules in order to suit their immediate political needs. Senate Democrats used the filibuster to block George W. Bush’s judicial nominees while they were in the minority but then nuked the filibuster when Obama was president to prevent the GOP minority in the Senate from doing the same thing. They would later regret it when President Trump was able to reshape the judiciary because the Democrats had nuked the judicial filibuster (save for Supreme Court nominees) a few years earlier.

When Joe Biden took office in January 2021, he had an evenly split Senate, which meant that there was no wiggle room when it came to passing legislation. Every Democrat had to be on board in order to get things done. When Republicans filibustered radical partisan legislation, effectively thwarting Joe Biden’s agenda, Democrats sought to end the legislative filibuster — which would only require a simple majority vote. Luckily, thanks to Sens. Joe Manchin (D-W.V.) and Kyrsten Sinema (I-Ariz.), the Democrats couldn’t do it. And that’s not for lack of trying.

In 2021, the Democrat-controlled House passed the Freedom to Vote Act, the John R. Lewis Voting Rights Advancement Act, and the For the People Act. These bills would have federalized state election laws and destroyed election integrity nationwide. Among other things, they would have created universal mail-in voting, the acceptance of ballots up to ten days after an election, automatic voter registration, and allowance for felon voting. Democrats also sought to abolish the Electoral College. All these things would have made elections less secure and helped Democrats hold onto power. And the next opportunity they get to pass these, they will.

Donald Trump successfully nominated and got three justices confirmed to the Supreme Court. Democrats, who have long relied on the courts to thwart conservative policies and enshrine their agenda, were livid. As such, soon after Biden took office, they sought to restore the court’s left-wing majority by expanding the number of seats via legislation, a tactic known as court-packing. Joe Biden was mum on the issue before the 2020 election but quickly sought to begin the process by forming a Presidential Commission on the Supreme Court, which would study the issue and offer a recommendation.

If the commission, which was loaded with partisan Democrats, recommended adding seats to the court, Biden would effectively have political cover to do as they recommended. However, the commission ultimately concluded what was painfully obvious: that expanding the court was a bad idea and would pave the way for endless partisan expansion. But that doesn’t mean court-packing is dead. The next time a Democrat president has large enough majorities in both Houses of Congress, he or she will most definitely try it again.

CEO apologizes for including Martin Luther King Jr. quote in email announcing layoffs: ‘Inappropriate and insensitive’
Is This CNN’s Response to Gutfeld’s Ratings Dominance?
Are You a Boy, or Are You a Girl?
Poll finds almost a quarter of Millennials get their rent paid by their parents, others get groceries, utilities paid
MSNBC’s Hayes: Biden Economic Recovery Most Remarkable in U.S. History