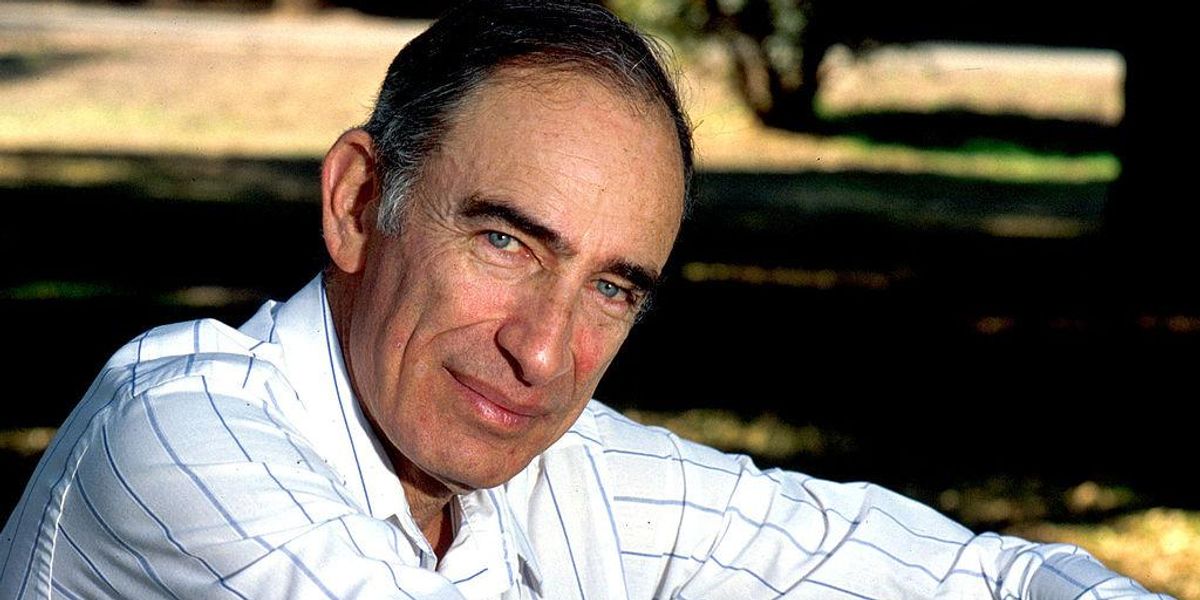 Biologist Paul Ehrlich, 90, has lived long enough to see his most dire predictions disproven, but evidently not long enough to reconsider his alarmist approach to demographics.

In a “60 Minutes” interview run on CBS Sunday night, Ehrlich suggested that a mass extinction — not wholly unlike the one he prophesied would take place in the 1970s but never happened — was under way.

Despite having had the primary claim in his magnum opus proven wrong by real-world trends, Ehrlich doubled down, concluding that the world now faces “too many people, too much consumption, and growth mania.”

The biologist’s remarks were subsequently denounced and ridiculed, with some critics suggesting that Ehrlich’s “anti-human” rhetoric, which helped inspire China’s one-child policy resulting in hundreds of millions of abortions, is as dangerous as it is still wrong.

Ehrlich is an American biologist and professor emeritus of population studies at Stanford University. Extra to being a member of the American Philosophical Society and a member of the Royal Society, he also served as a correspondent for NBC News.

Ehrlich told “60 Minutes” that the “rate of extinction is extraordinarily high now and getting higher all the time.”

“Humanity is not sustainable,” he claimed. “To maintain our lifestyle — yours and mine, basically — for the entire planet, you’d need five more earths. Not clear where they’re gonna come from.”

The biologist alleged that there are insufficient resources and waning biodiversity, such that “humanity is very busily sitting on a limb that we are sawing off.”

In his popular 1968 book “The Population Bomb,” Ehrlich suggested that hundreds of millions of people would soon perish from starvation on account of overpopulation.

As one partial remedy, he advocated for coercive population control, such as abortion and birth control, “if voluntary methods fail.”

Ehrlich also predicted that civilization would meet its end in the 1970s; England would disappear by the year 2000; India was doomed; and American life expectancy would drop to 42 years by 1980.

These predictions clearly did not come true.

HumanProgress noted that contrary to Ehrlich’s suggestions, the population rose from 3.5 billion in 1968 to 8 billion in 2022; the world produces record amounts of food; the global crude death rate has dropped by approximately 37%; and both London and India are still standing.

While American life expectancy has dropped in recent years, it stands at 76; 34 years higher than that foreseen by Ehrlich.

Scott Pelley, the reporter interviewing Ehrlich for “60 Minutes,” conceded that contrary to the biologist’s warning of widespread famine, “the green revolution fed the world.”

Ostensibly holding out hope that some of Ehrlich’s predictions might yet come true, Pelley noted that “he also wrote in ’68 that heat from greenhouse gases would melt polar ice and humanity would overwhelm the wild. Today, humans have taken over 70% of the planet’s land and 70% of the freshwater.”

Researchers recently indicated in the journal Earth System Science Data that, contrary to Ehrlich’s suggestion, only 14.6% of lands have been modified by humans across the globe.

A 2020 study suggested that roughly 50% of the earth’s surface sees low human influence.

Ehrlich spoke to his evidently unwarranted 20th-century alarmism: “I was alarmed. I am still alarmed. All of my colleagues are alarmed.”

This renewed alarmism was not well received.

Andrew Follett, a senior analyst at the Club for Growth, stated, “Ehrlich has simultaneously the worst and most evil track record of any ‘intellectual.’ He’s been consistently wrong about everything forever…and yet his ‘ideas’ appeal a lot to the elite because they think everyone who isn’t them is yucky!”

u201cCorrect.nnEhrlich has simultaneously the worst and most evil track record of any “intellectual.”nnHe’s been consistently wrong about everything forever…and yet his “ideas” appeal a lot to the elite because they think everyone who isn’t them is yucky!u201d

Steven Pinker, a Harvard professor and cognitive psychologist, wrote that he was “stunned to see always-wrong Paul Ehrlich softballed as an authority on imminent doom.”

Media strategist Gabriella Hoffman tweeted, “Preservationist environmentalism like this poses a grave threat to people and nature. This thinking undergirds most climate alarmism too. Giving credence to Paul Erlich should instill doubt in one’s credibility.”

Jordan Peterson tweeted, “Paul Ehrlich has been famously wrong about everything he has predicted for six decades.”

The Cato Institute’s HumanProgress.org underscored how “Paul Ehrlich was wrong in 1968 and he’s still wrong now,” suggesting that CBS should be ashamed for “leaving his narrative unchallenged.”

Marian Tupy, writing in HumanProgress, suggested that this is just the latest instance of “left-leaning media outlets” helping to normalize “their message of anti-humanism and anti-natalism.”

William McGurn, the chief speechwriter for former President George W. Bush, wrote in the Wall Street Journal that Ehrlich’s “crabbed worldview became an unquestioned orthodoxy for the technocratic class that seems to welcome such scares as an opportunity to boss everyone else around. In this way the missionary fervor once directed toward Christianizing the globe found its late-20th-century expression as proselytizing for population control.”

McGurn suggested that “it turns out hell isn’t other people after all. To the contrary, human beings constantly find new and creative ways to take from the earth, increase the bounty for everyone and expand the number of seats at the table of plenty. Which is one reason Paul Ehrlich is himself better off today than he was when he wrote his awful book—notwithstanding all those hundreds of millions of babies born in places like China and India against his wishes.”