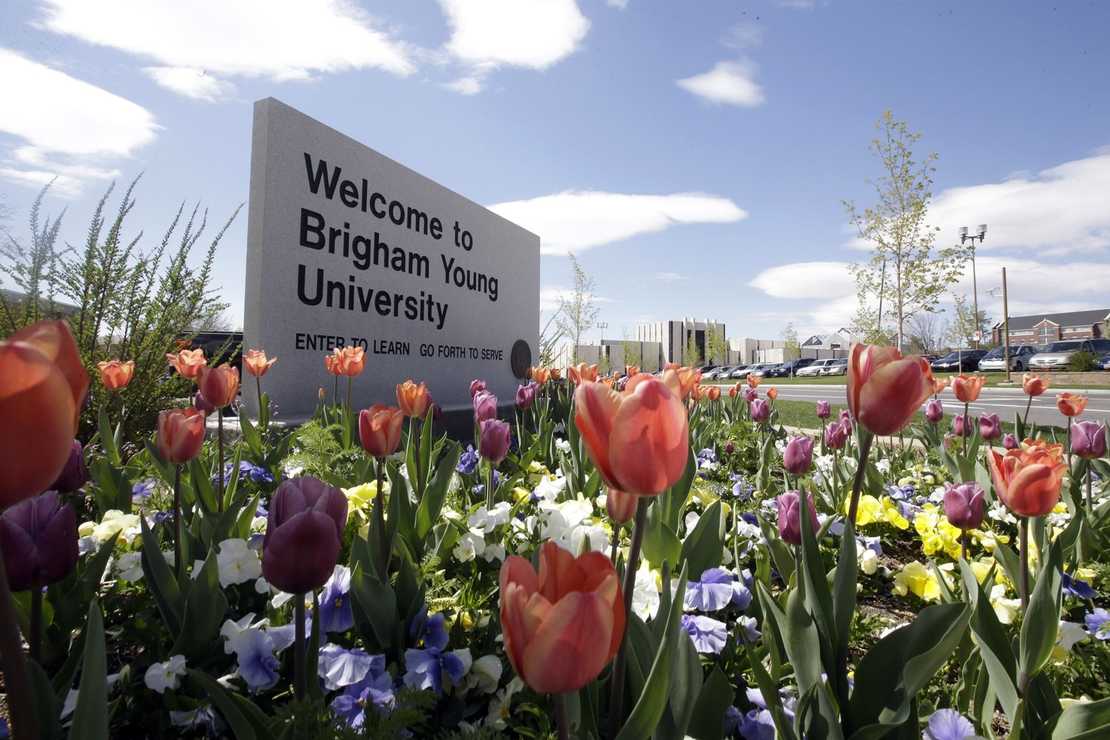 The old joke used to be that one could not be sort of pregnant. You either are or are not. Of course, now, someone can be a man, woman, or sort of… well anything. So it stands to reason that someone would debate whether or not a person is pregnant. I guess someone could identify as pregnant or not. Hey, it’s 2023. I’m sure life is going to get much weirder and harder to understand. And that will be just January.

Take, for example, a strange case at BYU. Long considered a bastion of Mormonism (it is after all named for Brigham Young), it is the benchmark for education for LDS collegians across the world. But even BYU, which is often the subject of jokes by those not affiliated with the LDS church (and a few who are) has been engaged down the slippery slope to Leftism in recent years. And given the LDS proclivity for reproduction, one would think that marriage and procreation would be priorities. And overall, they are.

As a non-LDS person, I’ve lived in Utah for years and before I was married, I had direct insight during my dating days into LDS mating rituals. And the potential for marriage frequently hung over dates. And that can make for an interesting evening, which is probably one reason why I ultimately fell for a girl living in Colorado.

But even in the Marriage and Family Department, the Left is making inroads at the “Y.” The BYU conservative student newspaper, the Cougar Chronicle (not to be confused with the Daily Universe) has the story of a professor who taught students that abortion is not a moral issue. While the Chronicle provides a link to the audio of the lecture, Campus Reform identified the professor as Stephanie Lutz, who was teaching a women’s health class at the time. She said:

If she had unprotected intercourse before she takes a positive pregnancy test. There’s a pill she can take to just ensure. Like in this interspace, like I don’t want to take a pregnancy test and I kind of don’t want to know if I actually conceived. This pill will just take care of it if I did, and if I didn’t…it feels like a dichotomous situation, like if you are pregnant, or you aren’t pregnant. Black and white, yes or no?

The Chronicle added this quote from Lutz:

So is there an interspace in pregnancy? like this article that I was diving in to say . . . If she had unprotected intercourse before she takes a positive pregnancy test. There’s a pill she can take to just ensure. Like in this interspace like I don’t want to take a pregnancy test and I kind of don’t want to know if I actually conceived. This pill will just take care of it if I did, and if I didn’t. So this NPR podcast live episode. It’s called ‘a little bit pregnant.’ I don’t know. I’m learning, I haven’t done enough research to actually have an opinion. And I don’t know that I necessarily will or won’t have an opinion. I just want to read and listen to what is being discussed in this. [sic]

Ashleigh Watts, who is a former student of Lutz, said that the video left her “disgusted and saddened.” She told Campus Reform:

There was a specific time where a student in my class chimed in and added that Plan B can be used as a birth control form after the fact. Professor Lutz didn’t shut this down and she continued on the topic acknowledging that it’s a controversial topic. That many women don’t feel it to be a moral issue because the pregnancy wouldn’t show up on a test, and it would be too early to know for sure.

Watts also commented that “I just found it ironic that she pretty much worshipped Margaret Sanger who founded planned parenthood and essentially led the mass genocide of black children by means of abortion…while also teaching us CRT, about microaggressions, white guilt, and how to be an ‘anti-racist.’” Lutz’s syllabus contains a number of DEI-related items.

In the article in the Chronicle, reporter Reagan Sumrall described Lutz’s lecture and reiterated the LDS Church’s prohibition on abortion except in extreme circumstances. Another Chronicle writer, Jacob Christensen, told Campus Reform, “Brigham Young University is a religious institution founded on the gospel of Jesus Christ; standards, morals, values, and beliefs are necessary to be upheld in such a setting. Professor Lutz’s comments are not only wrong, but they are directly contrary to the doctrine of Jesus Christ taught at the university.”

Another professor at BYU took issue with the article and tweeted:

Our reporter who covered this is a woman, so…@MikleSouth pic.twitter.com/5saOe0euiY

And yes, he was apparently unaware that the reporter is a woman. News flash: plenty of women are pro-life.

Whether or not one agrees with the theology or the practices of the LDS church, even conservatives who are non-members can, for the most part, agree that life begins at conception. And besides, if one teaches at a Mormon school, there is a reasonable expectation that one will adhere to Mormon doctrine.

The critic on the video pointed out that Lutz appears to be soft-peddling the idea of abortion to avoid being penalized for advocating for it. She would, of course, not run that risk at another school. Far easier to sow the seeds of doubt and see whose ears prick up. You have to get your foot in the door somehow.

College Board admits defeat at the hands of Ron DeSantis, and liberals are outraged: ‘A win for fascist intimidation’
FLASHBACK: Media Slobbering Over Obama’s SOTU Speeches
‘Diversity, Equity, Inclusion and Social Justice’ course mandatory for SUNY students to graduate
MSNBC host says being in US Capitol after Jan. 6 ‘feels like a visit to an historic battlefield’
MSNBC On 1619 Project Critics: ‘The Criticism Is Not Legitimate’