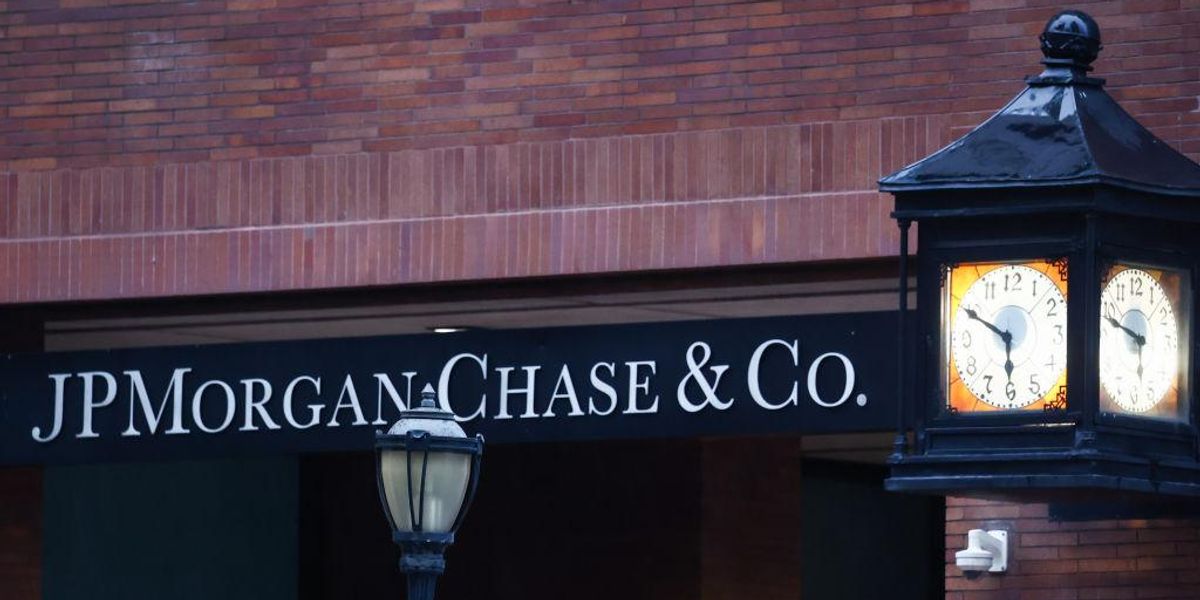 Days later, Albert Bryan Jr., the Democrat governor of the Virgin Islands, had her fired.

Attorney General Denise George filed a lawsuit on Dec. 27 claiming that the bank should have known about the prolific pedophile’s illegal activities on Little St. James Island and notified the authorities accordingly, reported the New York Times.

The suit said, “JPMorgan knowingly, negligently and unlawfully provided and pulled the levers through which recruiters and victims were paid and was indispensable to the operation and concealment of the Epstein trafficking enterprise.”

Epstein, a friend of the Clintons and a host to various elites including Bill Gates, was reportedly a client of JPMorgan’s high-end banking services for 15 years, even after his 2008 conviction — despite concerns expressed by the bank’s employees.

The Times indicated that JPMorgan did not drop him as a client until 2013. He allegedly dropped himself in a unmonitored New York prison cell six years later.

The lawsuit, if successful, would have the bank turn over the profits it made while in cahoots with Epstein and his companies, as well as to pay penalties and damages to the government.

Bryan confirmed George’s exit on Sunday, while President Joe Biden and his family were still vacationing nearby in Saint Croix, Virgin Islands. The governor indicated that George, who had served in the role for four years, had been relieved of her duties as attorney general.

“I thank her for her service to the people of the territory during the past four years as attorney general and wish her the best in her future endeavors. Assistant Attorney General Carol Thomas-Jacobs will serve as acting attorney general,” wrote Bryan.

The Virgin Islands Consortium reported that George did not warn Bryan that she was going to file the lawsuit ahead of time.

This action, coupled with their long-fraught relationship, might have been the “final straw.”

JPMorgan Chase in the crosshairs

The lawsuit, filed last week, which may yet survive George’s tenure, claims that “JPMorgan facilitated and concealed wire and cash transactions that raised suspicion of — and were in fact part of — a criminal enterprise whose currency was the sexual servitude of dozens of women and girls in and beyond the Virgin Islands.”

It further states, “Over more than a decade, JPMorgan clearly knew it was not complying with federal regulations in regard to Epstein-related accounts as evidenced by its too-little too-late efforts after Epstein was arrested on federal sex trafficking charges and shortly after his death, when JPMorgan belatedly complied with federal law.”

“Human trafficking was the principal business of the accounts Epstein maintained at JPMorgan,” said the complaint advanced by George, mincing no words.

George indicated that this lawsuit was part of an “outgoing effort” to hold the dead criminal’s enablers accountable.

It is not the only initiative of its kind launched in recent months. In November, two anonymous women who accused the dead pedophile of sexual abuse filed civil lawsuits against JPMorgan and Deutsche Bank, reported CNN.

The women said that JPMorgan “provided special treatment to the sex-trafficking venture, thereby ensuring its continued operation and sexual abuse and sex-trafficking of young women and girls.”

Without this financial help and participation, they suggested “Epstein’s sex trafficking scheme could not have existed.”

“The time has come for the real enablers to be held responsible, especially his wealthy friends and the financial institutions that played an integral role,” one of the lawyers for the plaintiffs, Bradley Edwards, told the Wall Street Journal. “These victims were wronged, by many, not just Epstein. He did not act alone.”