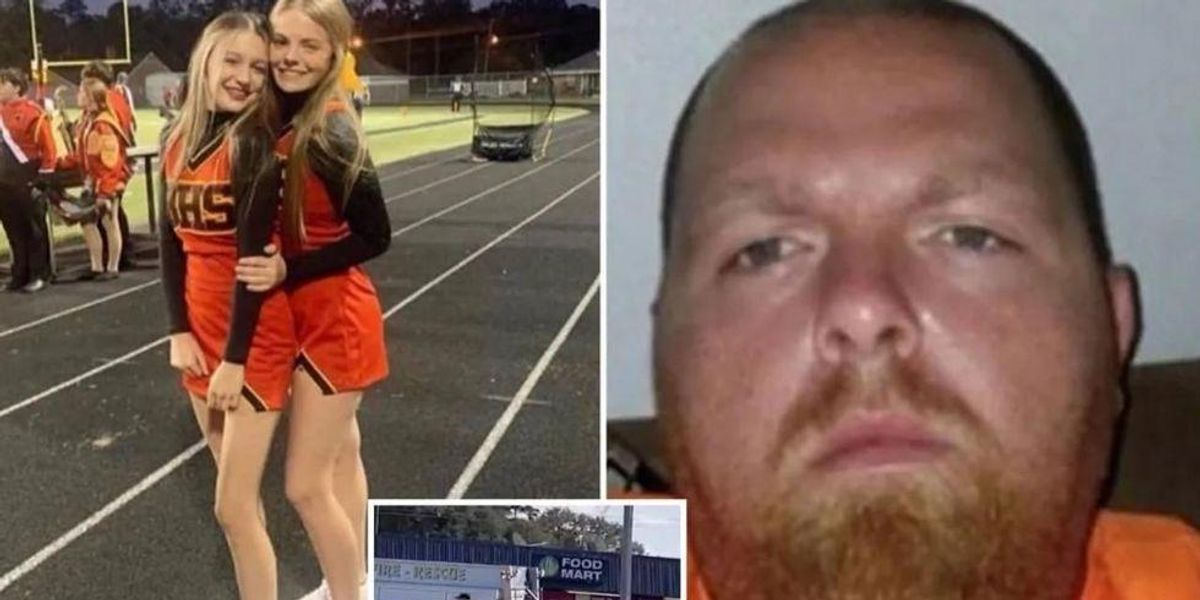 Two teenage girls in Louisiana never got to see 2023. They were tragically killed in broad daylight on New Year’s Eve after a cop car supposedly slammed into their vehicle while in pursuit of a suspected car thief.

Around noon that day, 17-year-old Maggie Dunn and 16-year-old Caroline Gill were driving along with Maggie’s brother, 20-year-old University of Louisiana Lafayette student Liam Dunn. The group was about to turn onto Louisiana State Highway 1 when 42-year-old Addis police officer David Cauthron supposedly ran a red light and “T-boned” their vehicle with such force that it was pushed onto the highway median, Law and Crime reported.

Maggie and Caroline, both cheerleaders at Brusly High School, a few miles southwest of Baton Rouge, died at the scene. Liam was rushed to the hospital, where he remains in critical condition.

“I just can’t put my arms around why he was driving at that rate of speed in pursuit of this vehicle,” Clayton told reporters. “This officer is facing some serious issues.”

“If it involves putting human life in danger, stop the d**n pursuit,” he added later.

According to investigators, Cauthron topped out at 86 mph and did not even apply the brakes when he reached the red light at state highway 1 and Vaughn Drive. The light had been red for approximately 20 seconds when Cauthron ran it, witnesses reported.

“Sirens and police vehicles only give an officer permission to request to cut through a red light,” Clayton argued. “You must slow down or come to a complete stop when human life is in danger.”

Cauthron, who previously worked for the Pointe Coupee Parish Sheriff’s Office and who has been with the Addis PD for less than a year, has been charged with two counts of negligent homicide and one count of negligent injury. He was booked into the West Baton Rouge Parish Detention Center on $100,000 bond.

And Cauthron is not the only one facing serious charges regarding the crash. The man Cauthron was allegedly chasing, 24-year-old Tyquel Zanders, is also facing a bevy of charges, including manslaughter.

Earlier that morning, Zanders allegedly stole his father’s car. When police began following him, he took off at high speeds, reaching 110 mph while on the highway, reports claim. He also supposedly ran several red lights along the way. According to police, he never even slowed down after the deadly crash that killed the young girls. He allegedly stopped only when his vehicle stalled as he crossed the Mississippi River into Baton Rouge.

“[Zanders] put the chain of events into play,” Clayton claimed. “He’s responsible for all the reactions to his actions. He’s facing two counts, and if that poor kid [Liam] doesn’t survive, he’ll face another.”

Zanders has been charged with manslaughter, theft of a motor vehicle, home invasion, and aggravated flight from a police officer. Where he is being held and when he is expected to appear in court are both unclear.