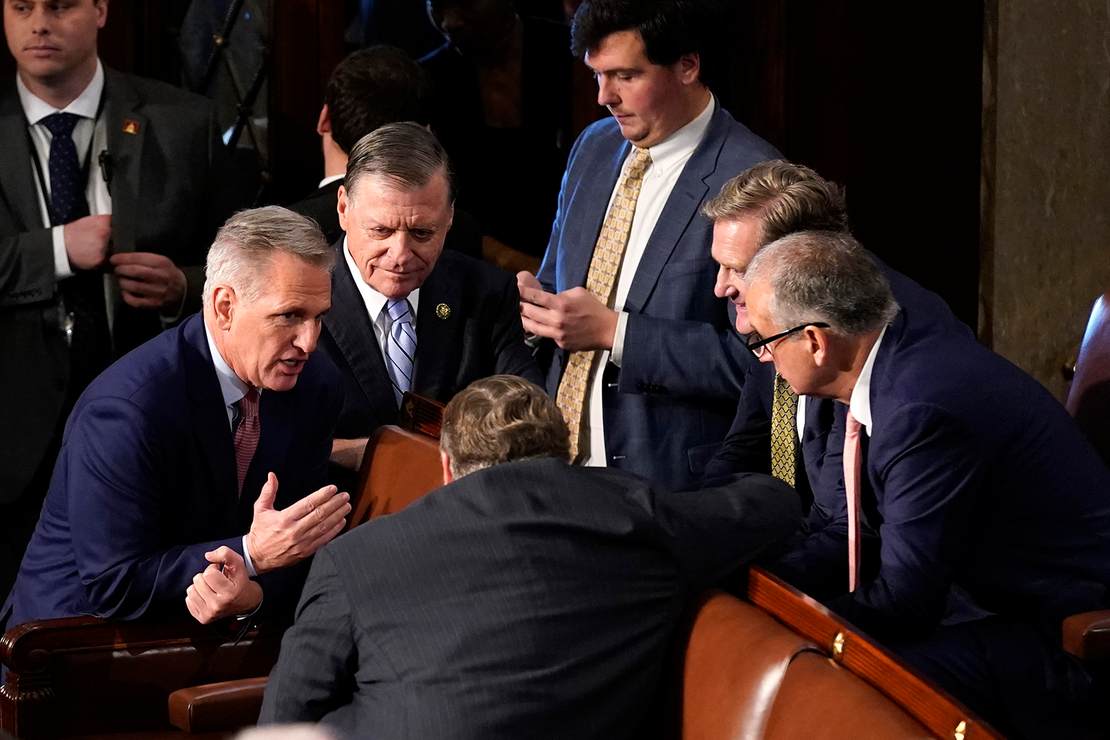 Tuesday was an embarrassing day for the Republican Party.

On the heels of winning a much slimmer majority than predicted, after three rounds of voting the Republican majority has failed to elect a new speaker of the House.

It was expected that McCarthy would require more than one round of voting to take the gavel since several Republicans had publicly stated their opposition to him, but the failure to get elected after three rounds of voting is a level of dysfunction that only the GOP manages to bring to the table.

I get that there are valid reasons to be concerned about McCarthy and his ability to effectively lead the Republican caucus and stand up to the Democrats, but regardless of the outcome of this drama, the Republican Party will emerge battered and divided, and mature adults should have been able to figure out a compromise before the voting took place.

Related: Should Santos Resign? Only If Joe Biden and Kamala Harris Do First.

Democrats have figured out how to do this. After winning back the majority in 2018, there were rumors that there was growing opposition to Pelosi within the Democratic Party. According to a report from Politico at the time, eight Democrat incumbents and two newly elected Democrats said they planned to vote against Nancy Pelosi for speaker.

“That’s an issue for Pelosi, who has led the Democratic caucus for 16 years and significantly narrows her margin for error in her bid to lock down the 218 votes needed to return to the speakership,” Politico reported. “Pelosi’s office dismissed the notion that she wouldn’t get the votes to be the speaker. And her allies note that she has two months to win skeptics and said she plans to take her fight all the way to the floor.”

Conservatives were certainly excited at the possibility of a floor fight, but Pelosi got 220 votes in the first round, and no Democrat formally challenged her. In 2021, she faced an equally slim majority as Kevin McCarthy does today and still managed to get reelected, with only two Democrats voting for alternative candidates.

Somehow, Pelosi and Schumer have long managed to get representatives and senators to vote with them and their radical agenda rather than voting in the best interests of their constituents. Heck, that’s the reason why Pelosi has been praised by the left for being such an effective speaker. She kept her party in line. In the face of dissension within her ranks, she got those stragglers in line. No Democrat dared challenge her for the speakership.

Look, the Democrats are awful in every way. But it’s hard not to admire how well they keep their party in line. Sure, Sens. Joe Manchin and Kyrsten Sinema weren’t always on board with some of the Democrats’ priorities. Between the two of them, they saved us from Build Back Better, the death of the filibuster, and the Democrats’ radical election overhaul bills. But, for the most part, they are reliable left-wing votes, and overall we consistently see Democrats from swing districts and red or purple states voting for radical left-wing policies and judges without flinching.

What do Republicans get? We get a bunch of Republicans who voted for the absurd omnibus bill, or who vote to impeach Trump, convict Trump, etc. etc. Why can’t the GOP get its own House in line?