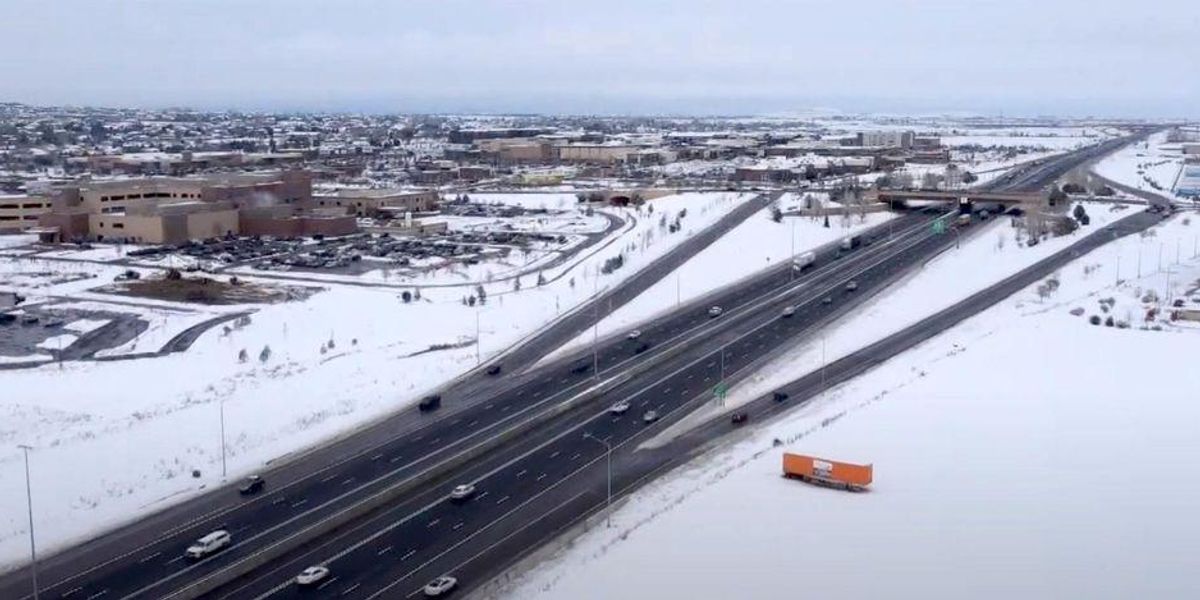 A woman was struck by two vehicles and died on a Denver highway after a rideshare driver dropped her off when she got sick in his car.

The incident happened on New Year’s Day just after midnight on the I-25 highway in Colorado near the 470 interchange.

Investigators say that the unidentified woman had gotten sick in the rideshare car, and the ride fare was cancelled by her friends. The driver then dropped them off on the side of the busy interstate highway.

The woman walked into the highway and was sideswiped by a truck. At that point, she fell down and was struck by another car. The driver of the truck did not stop, but the driver of the car did.

On Monday, Thornton Police arrested 33-year-old Adam Wooley of Frederick after he had turned himself in as the driver of the dark pickup truck. He was charged with one count of hit-and-run involving death.

A witness told KUSA-TV that she was driving behind the truck that hit the woman first.

“I just couldn’t believe it,” said the woman identified only as Roxy. “The truck in front of me swerved, but when he swerved a little bit, it still hit her, and she kind of, she just flew up.”

The driver of the rideshare was not charged criminally, but attorney Jonathan Douglas told KCNC-TV that the driver could be civilly tried for their actions.

“It appears that this woman was left on the side of the road, and not just the road, I-25. That’s pretty shocking.”

Thornton police said the rideshare driver cooperated fully with the investigation into the woman’s death.

Witnesses recall seeing Woman hit on I-25 after walking into roadwaywww.youtube.com