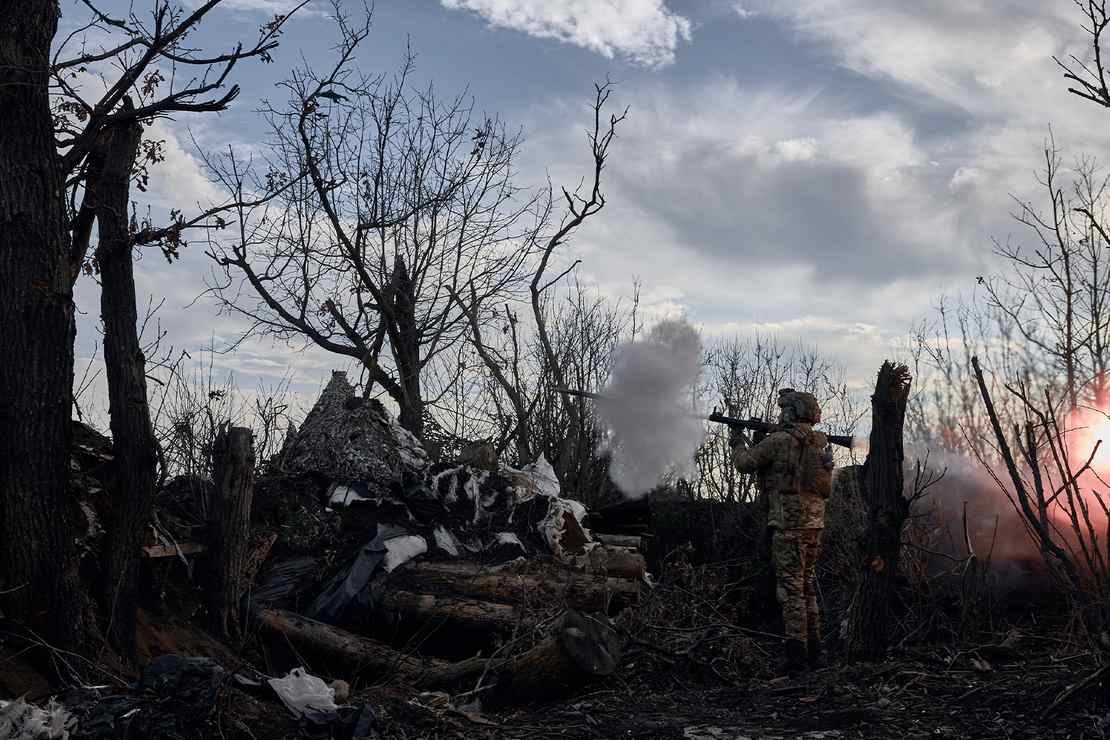 They’re going to demand answers, too.

A quick recap before we get to the finger-pointing.

Right around the time the calendar flipped to 2023 A.D., local time, a small series of HIMARS-launched missiles — four, according to Russian sources — struck a former vocational training center in Russian-occupied Makiivka.

The school had been converted into something like a barracks for hundreds of recently mobilized Russian soldiers (called “mobiks”) from the Samara region, presumably being readied for battle. One also presumes, based on both recent experience and the historical record, without much in the way of training, modern weapons, or proper winter uniforms.

The truth is probably somewhere in the middle, and that number is inexcusably high.

(“The Moscow Calling TG [Telegram] channel was initially skeptical that this was the location destroyed, but later confirmed a geolocation.”)

So what went wrong? So many things — but the worst might be the finger-pointing from Moscow.

The most immediate mistake was placing such large numbers of soldiers in a single location, well within HIMARS’ known range. The second — and there has been a lot of chatter about this on Telegram by pro-Russian milbloggers — is that ammunition was being stored at or right next to the site.

What four HIMARS missiles couldn’t accomplish by themselves, they could easily with the help of a handy Russian ammo dump.

Also for our VIPs: Verdun Turned Inside Out

When happens when you crowd 700 soldiers next to tons of high explosives within GPS-guided missile range is… a lot fewer soldiers.

The thing to remember is, Makiivka isn’t the first time something like this has happened in recent weeks. It’s just the most horrific in terms of sheer numbers.

All the local Russian commanders in immediate charge of housing their men like that ought to be removed. Or, this being the Russian military, shot.

But no. Instead, Moscow blames the victims.

“The Russian military has blamed its soldiers’ use of cellphones for a Ukrainian missile attack that killed dozens and fueled a new round of domestic criticism at how the war is being fought,” reports NBC News and various other sources.

Gen. Lt. Sergei Sevryukov, now in charge of all Russian forces in Ukraine, wrote on Telegram Wednesday that “the main reason for what happened was the switching on and massive use — contrary to the prohibition — by personnel of mobile phones in a reach zone of enemy weapons.”

“This factor allowed the enemy to track and determine the coordinates of the soldiers’ location for a missile strike.”

But it’s been Russian policy from the start of the Ukraine War to confiscate soldiers’ cell phones to avoid exactly the deadly scenario that played out in Makiivka. So it would seem that the Russian Army abandoned a sensible policy, that mobiks smuggled phones near the frontlines despite the risks, or that Moscow is blaming its own troops to cover for its own ineptitude.

I honestly have no clue which one might be true, but I do have to wonder how all the excuse-mongering is playing with Russian families back home in Samara.

One thing I can say with utmost confidence, despite the blame game going on in Russia, is exactly whose fault the disaster at Makiivka is.

It was Russian strongman Vladimir Putin who ordered his army into Ukraine. It was Putin whose lousy planning allowed the war to drag on long enough for Western weapons like HIMARS to arrive. It was Putin who threw away a decade’s expensive military modernization on a wreckless throw of the dice. It is Putin’s s***ty military that can’t get troop dispersal right. It is Putin who refuses to withdraw his invading force, despite losing more than 100,000 men, either KIA or too wounded to ever fight again.

However many men were killed at Makiivka — or anywhere else in Ukraine these last nine years — their blood is on Putin’s hands.

College Board admits defeat at the hands of Ron DeSantis, and liberals are outraged: ‘A win for fascist intimidation’
NYT, DHS Celebrate Deceptive ‘Decline’ in Illegal Aliens as Biden Admin Legitimizes Border Crossers
Antidepressants linked to rise in superbugs, study finds
China Accuses U.S. of ‘Reckless Warmongering’ After Leak of Memo Predicting War With Beijing by 2025
Former FBI agent who handled fabricated ‘Trump-Russia collusion’ probe has been arrested for ties to Russian oligarch