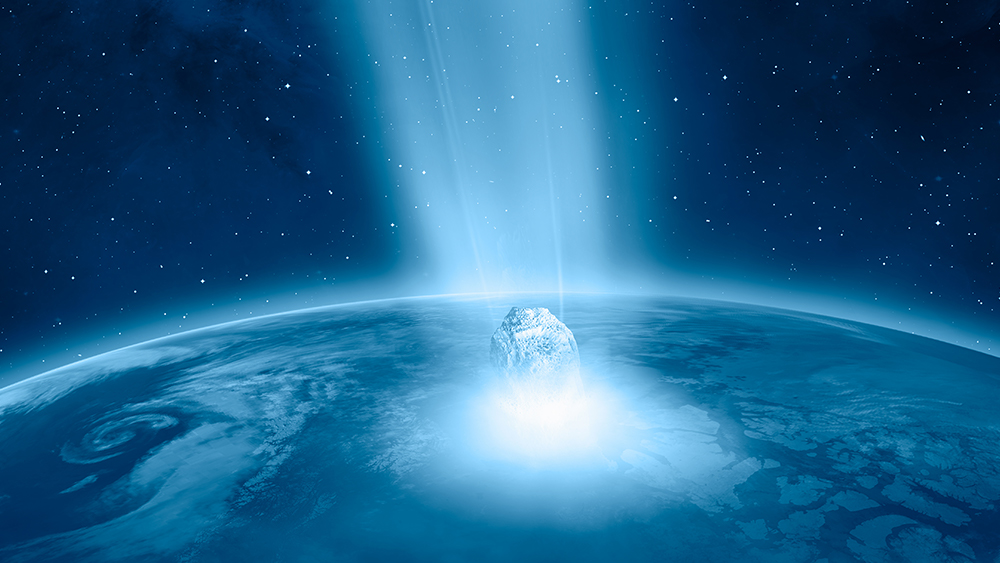 (Natural News)
In an interview with Dr. Malcolm LeCompte of the Comet Research Group, I pledged microscopy and ICP-MS (mass spec) instrument time to the comet researchers to help them analyze the physical evidence left behind by the cataclysm believed to have taken place around 12,800 years ago in an event called the Younger Dryas Boundary impact.

An excellent overview of this event and the subsequent effects that altered the history of Earth and human civilization is found at this link:

CWC Labs, founded by myself (Mike Adams) has been running as an ISO-accredited (17025) food science analysis facility for several years, operating multiple mass spec instruments that test for heavy metals, pesticides and other contaminants in food and nutritional supplements. This has become the basis of the Health Ranger Store product line, which consists of lab-tested, certified organic nutrition and superfood products. Now, we are going to be donating instrument time to the validation of physical evidence that points to a relatively recent comet impact that appears to have altered the course of human civilization.

As Graham Hancock explains in his outstanding Netflix special, Ancient Apocalypse, scientists believe that Earth passed through the tail of a comet around 12,800 years ago, causing the planet to be struck by several large extraterrestrial objects that unleashed cataclysmic effects across the planet. A true extinction event, this impact is believed to have struck the North American continental ice shelf, instantly vaporizing billions of cubic meters of ice, causing a global deluge of water, dramatically raising ocean levels and destroying ancient civilizations in the process. With enormous quantities of water vapor ejected into the atmosphere, the sun was dimmed and Earth entered a dramatic, catastrophic ecosystem collapse that has been clearly captured in fossil records.

Yet ancient megaliths — structures built with astronomical precision — point to the existence of a pre-impact advanced civilization that possessed knowledge of architecture, agriculture, law, philosophy and mathematics. These ancient civilizations are believed to have been annihilated by the ancient comet impact (or perhaps more than one), leading to a sudden plummeting in the number of humans left alive on planet Earth. From there, modern humanity arose and is now rediscovering its ancient origins, despite the resistance of many mainstream archaeological academics who refuse to consider the abundant evidence documenting ancient civilizations on planet Earth.

The physical evidence of the comet impact around 12,800 years ago includes specimens known as glass melt, nanodiamonds, glass spherules and traces of iridium and platinum — all found in sample cores drilled out of the Earth across multiple continents. This physical evidence has already been found and confirmed across several continents. 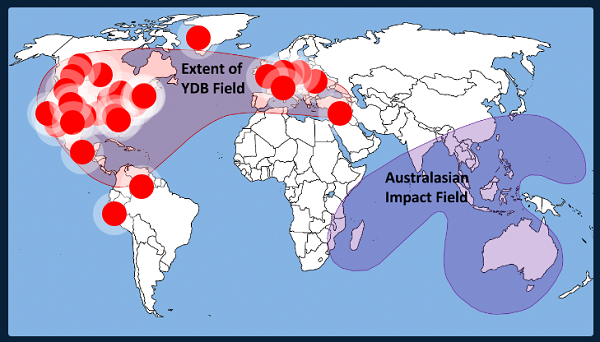 The physical evidence of the comet impact can be easily dated because it comes from a specific layer that can be carbon dated due to its organic matter. In addition, the extinction of many animal species is abundantly apparent at this layer because many species no longer appear above that layer (i.e. more recently in Earth’s history). 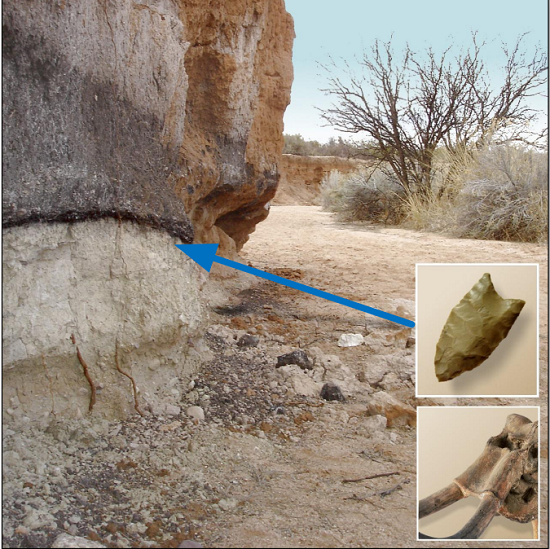 Desert glass specimens caused by meteorite impacts have been known by humans for thousands of years. One piece of yellow glass called “Libyan Desert Glass” is believed to have been incorporated into jewelry found in King Tut’s tomb. As Space.com reported in 2019:

“Both meteorite impacts and airbursts can cause melting,” lead author Aaron Cavosie, a geologist at Curtin University in Australia, said in a statement. “However, only meteorite impacts create shock waves that form high-pressure minerals, so finding evidence of former reidite confirms it was created as the result of a meteorite impact.”

In cooperation with several scientists working on this project, we will be donating microscopy services and mass spec instrument time to the Comet Research Group and its scientists, using our existing laboratory resources to help validate and document the physical evidence stemming from these historic impact events.

Our laboratory, CWC Labs, owns and operates multiple mass spec instruments, including two ICP-MS instruments for elemental analysis. With sensitivities well below 1 ppb for many elements (LoD is 0.4 ppb for Hg, for example), we are able to analyze samples with sufficient signal-to-noise ratios that can help quantify iridium, platinum, iron, cobalt and other elements found in core samples.

Because we are an ISO-accredited laboratory, our analysis reports are reliable and can be cited in scientific papers.

In addition, our microscopy capabilities are very advanced, allowing us to take in-focus, highly magnified photos through a range of z-axis depth that is usually not possible with traditional optical microscopes. (Depth of field limitations are severe at high magnification.) This will allow us to photograph surface features of microspherules and other comet impact artifacts with extreme detail, then share those photographs with the scientific community for analysis and interpretation.

Personally, I’m thrilled to be able to contribute to the investigations of comet impact events by using our existing laboratory resources, which are typically focused on food science analysis. Watch for more updates, videos and photos on all this in the weeks and months ahead. We anticipate being able to share some truly historic and visually striking photos at some point later this year.

Why does all this matter? Because we are living in a cosmic shooting gallery, and if we hope to protect Earth from hypervelocity impacts that can end civilization, we need to gain a better understanding of the impacts that already took place.

The interview with Dr. LeCompte begins at 59 minutes and 42 seconds (59:42) in today’s Situation Update podcast:

Tucker Carlson Examines The Strange Destruction Of Food Processing Plants Across The Country (VIDEO)
‘If you need to arrest me, I understand’: US Marine allegedly flew from Louisiana to Florida to have sex with 14-year-old girl he met online
UK Gov Suspends Vax for Healthy Under-50s, Corporate ‘Fact Checkers’ Obfuscate
NBC Bemoans Removal of Racial & Sexual Content from Florida AP Course
How and Why the Left Is Making the Memphis Cops Into ‘Racists’