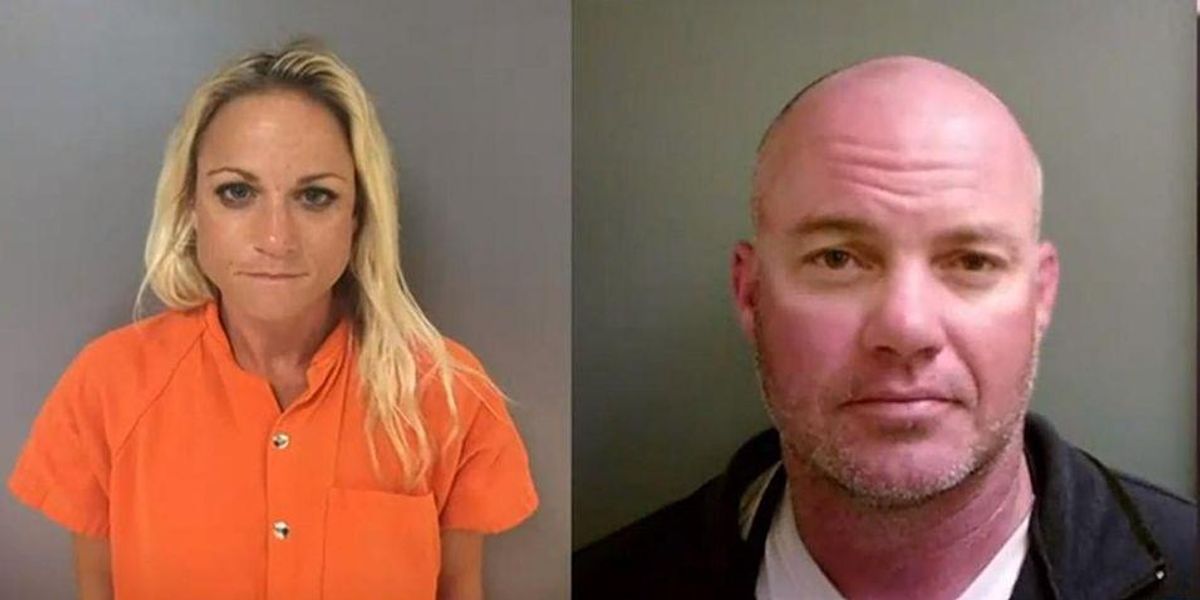 A former SWAT commander and sheriff’s deputy in Louisiana will likely spend the rest of his life behind bars after he pled guilty to a battery of horrific crimes, including helping his then-wife bake cupcakes for her junior high school students and using his semen to “season” them.

On Tuesday, Dennis Perkins, 47, who once worked as a sheriff’s deputy in Livingston County, Louisiana, pled guilty to one count of second-degree rape, two counts of sexual battery of a child, one count of video voyeurism, two counts of production of pornography involving children under the age of 13, and one count of the mingling of harmful substances.

Most news reports have fixated on that last count, and with good reason. The details regarding that crime are truly despicable. According to the indictment, on an unspecified date between May 2018 and February 2019, he and ex-wife Cynthia T. Perkins, 36, whipped up some cupcake batter and added Dennis’ semen to the mixture before baking it into cupcakes that were then distributed to students at Westside Junior High School, where Cynthia taught English at the time. Dennis recorded himself as he made “the revolting concoction,” Law and Crime reported.

Cynthia Perkins, who has since divorced Dennis, took a plea deal last February and reportedly promised to testify against her ex-husband, should his case go to trial. Cynthia pled guilty to second-degree rape, production of child pornography, and conspiracy of mingling harmful substances and was sentenced to serve 41 years in prison. Her attorney, Paul Scott, claimed at the time that Dennis was the main perpetrator in the crimes and that he had manipulated Cynthia into committing sex crimes with him.

By all accounts, Dennis Perkins does appear to be a real monster. Together, the couple filmed a minor child while the victim was bathing, and both were accused of forcing a child younger than 13 to engage in oral and vaginal sex. Those assaults were likewise recorded, according to reports. Additionally, during the commission of his duties as a deputy in 2012, Dennis was accused of secretly filming a woman’s breasts and genitals during a routine traffic stop.

Assistant Attorney General Barry Milligan called the evidence against Dennis Perkins “the worst” he’d personally “ever seen.” The evidence reportedly demonstrated that two juveniles, two adults, and a dog had all been victimized by Perkins.

During the hearing on Tuesday, Perkins occasionally shed tears and told the court: “I’m sorry. It’s been more than three years living in a box, and it’s not about me. I just want to make this statement. Jesus Christ has forgiven me. And I’m grateful for that. And, I hope and pray that anybody that this affected will also find forgiveness and healing through Jesus Christ.”

He also made mention of some unspecified facts which he wished had come “to light in pre-trial motions.” Unfortunately, he said, he and his legal team “just ran out of time” in exploring those facts.

Dennis Perkins has been sentenced to 100 years in prison. He will also have to register as a sex offender for the rest of his life. Louisiana Attorney General Jeff Landry issued a statement following the sentencing.

“Today, Dennis Perkins admitted to his despicable crimes and pled guilty in court,”Landry said. “He not only waived any right to appeal, probation, or parole and any attempt to avoid conviction; but Mr. Perkins also spared the victims from reliving his horrific crimes during trial.”

In another statement posted to Facebook, Landry added, “Today, my office sent a loud message to predators lurking: if you harm children, you will receive the justice you deserve.”

Last year, Perkins’ mistress, Melanie Curtin, went on trial for raping an unconscious woman, a crime she supposedly committed along with Perkins. She was convicted of aggravated rape and video voyeurism and sentenced to life in prison.