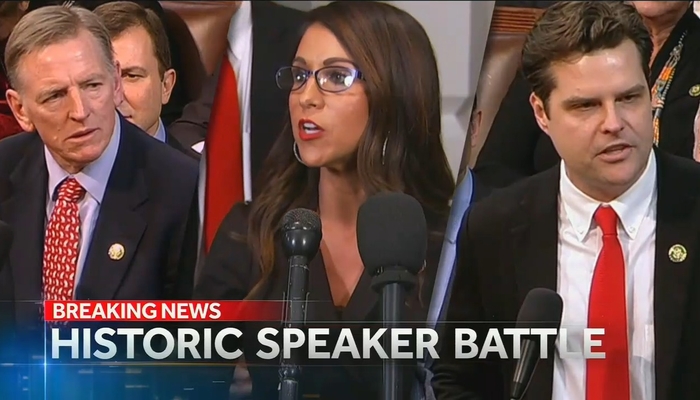 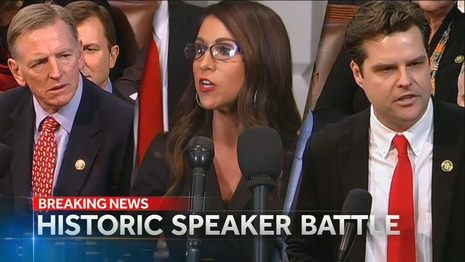 Regardless of your opinion on the conservative bloc refusing to vote for Kevin McCarthy for House Speaker, it’s another occasion where we can witness the news media underlining conservative extremism, when they almost never identify left-wing extremism. NBC anchor Lester Holt led off the Nightly News with “a group of hard-right Republicans denied Kevin McCarthy the votes he needed on the first ballot.” He wasn’t alone:

USA Today front page: “Hard-liners leave McCarthy out in cold in a series of votes.”

The New York Times front page: “FAR RIGHT BLOCKS PATH OF McCARTHY TO HOUSE SPEAKER.” With the subhead: “A Squabbling GOP Sabotages Itself.”

It’s not that the McCarthy resistance can’t be defined as “hardliners,” it’s just that the word isn’t used on the preferred party of the “mainstream media.”

Then there are the pro-abortion hardliners in the Biden administration, with the Food and Drug Administration pushing for abortion pills to be more broadly available in pharmacies to make abortions more plentiful. The networks announce this news as if it’s utterly non-ideological, non-political, and non-controversial. There is no pro-life view on abortion pills that anyone needs to hear.