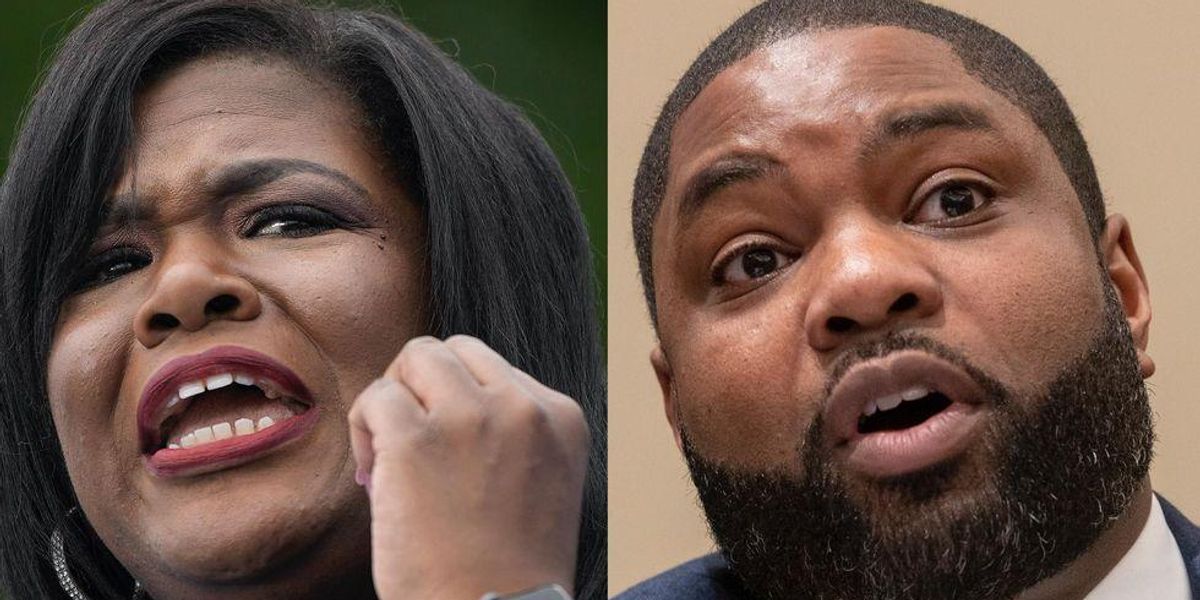 Far-left Democratic Rep. Cori Bush of Missouri angrily lashed out at a black Republican nominated in the election for House speaker and accused him of “perpetuating white supremacy.”

Bush, a member of the progressive “Squad” in Congress, insulted Republican Rep. Byron Donalds of Florida and called him a “prop” for the Republican party.

“[For what it’s worth], @ByronDonalds is not a historic candidate for Speaker. He is a prop. Despite being Black, he supports a policy agenda intent on upholding and perpetuating white supremacy,” Bush tweeted.

u201cFWIW, @ByronDonalds is not a historic candidate for Speaker. He is a prop. Despite being Black, he supports a policy agenda intent on upholding and perpetuating white supremacy.nnHis name being in the mix is not progressu2014itu2019s pathetic.u201d

“His name being in the mix is not progress—it’s pathetic,” she added.

Donalds’ name had been tossed into the ring as a possible challenger for the House speakership after Rep. Kevin McCarthy (R-Calif.) failed to garner enough votes from Republicans to secure the position. Rep. Chip Roy (R-Texas) noted the historic nature of Donalds and Hakeem Jeffries (D-N.Y.), both black men, being nominated for House speaker. His observation garnered a bipartisan standing ovation from members of the House.

Critics of Bush accused her of being racist against Donalds purely based on her opposition to his political beliefs.

“Wait, so if a black person has a different POV than you do they are a prop??? So you are saying they don’t have a mind of their own. Amazing how racist you are,” read one response.

“Why is it that you are ‘allowed’ to be so openly racist and you sycophants even praise you for it?” responded one detractor.

The internecine struggle to choose the next speaker carried into Wednesday when McCarthy failed to win after a fourth, fifth, and sixth round of voting. The embarrassing defeat means the House will continue to be leaderless after multiple ballots for the first time in over a century.

Here’s more about the speakership struggle: