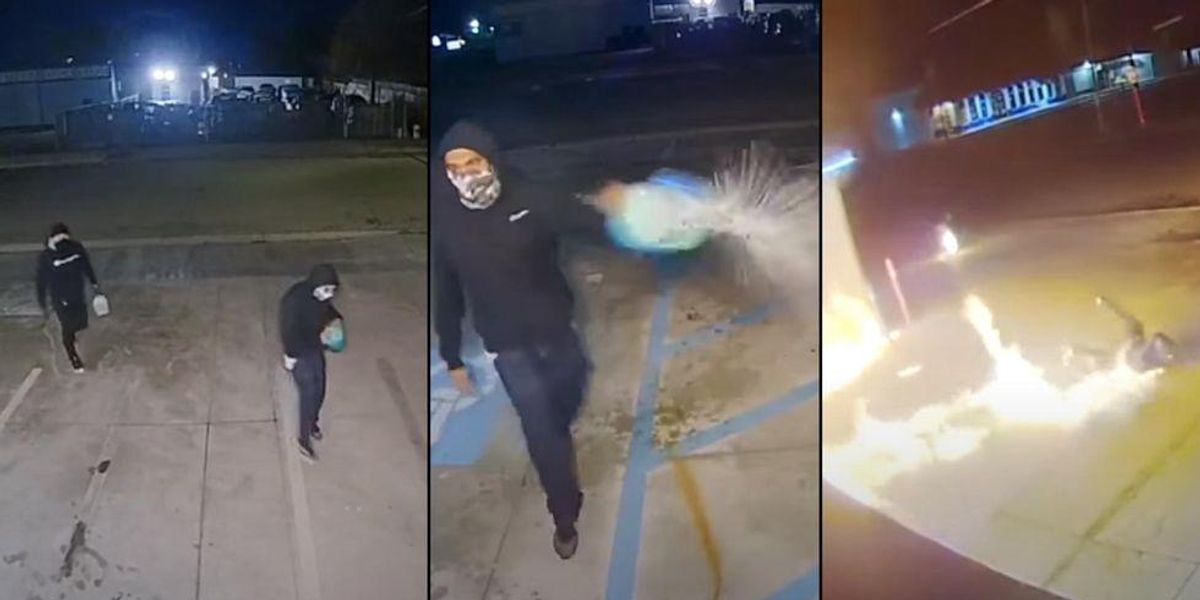 The footage was released by Max Solorzano, the owner of an immigration services business in Bakersfield, a city two hours north of Los Angeles, on the morning of New Year’s Day.

The video from two different cameras shows two figures in dark clothing with their faces covered approach the building and begin to splash an accelerant onto it.

When one lit the fire it flashed toward them and they caught fire. They put out the flames before running away from the business. One of the suspects can be heard yelling as he realizes he’s on fire.

Firefighters said they were able to respond to the fire within 10 minutes and knock it down to limit the damage.

Solorzano said his business provided immigration legal services as well as tax preparation. He opined that the city needed to do more to protect businesses.

“They have to work harder in that aspect, in keeping the community safe,” he said. “We are a small business and we help many people, so there will be people who will not be able to receive our services due to inactivity.”

He later said that the business was also robbed the next day because his cameras were damaged, and he wasn’t notified as he would have been normally.

No suspects have been identified in the arson and the motivation for the attack is unclear.

“We help many farmworker families with their immigration processes, we help people do taxes,” continued Solorzano. “We ask our clients to have patience with us, we will get through this.”

Bakersfield has been plagued with various house fires that many attribute to homeless people residing in abandoned houses and other structures.

Here’s the video of the arsonist incident: