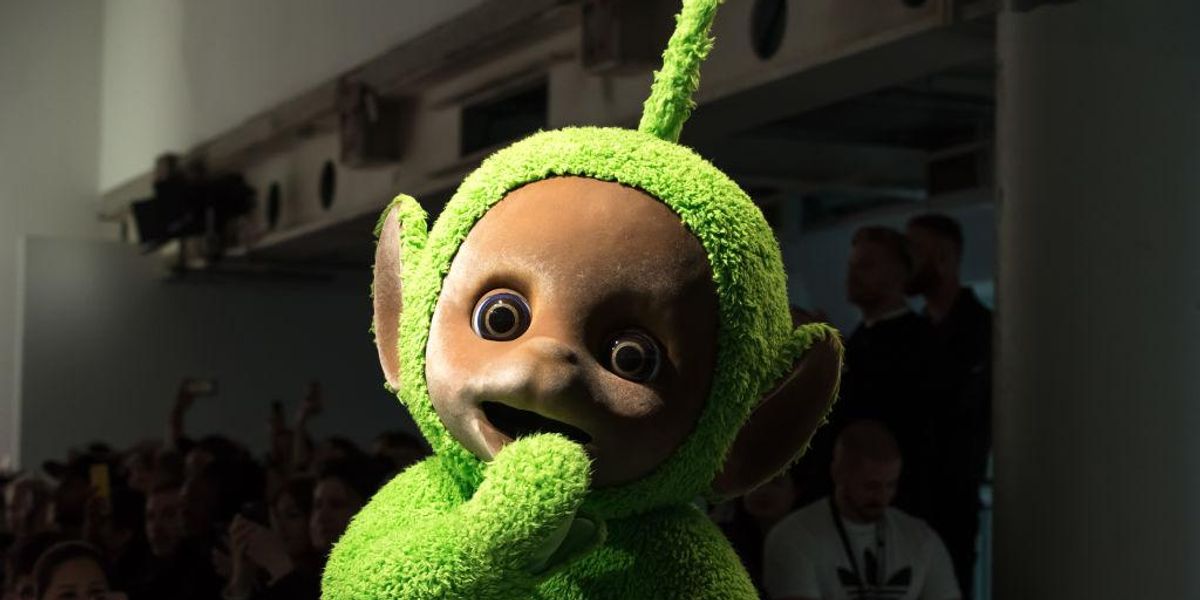 RuPaul Charles’ DragCon is returning to Britain this weekend. The first iteration of this exhibition of transvestite culture took place in Los Angeles in 2015, touted as the debut convention celebrating “the art of drag, queer culture and self-expression for all.”

This year’s DragCon counts the perforated shoe company Crocs and the children’s’ television show “Teletubbies” among its sponsors. Both the convention and the after-hours shows are all ages, despite some performers set to walk about with fake sex organs exposed.

The event website states, “DragCon is an all-ages, family friendly event and all are welcome at RuPaul’s DragCon UK. Kids 8 and under are free when accompanied by an adult with a ticket.”

In addition to permitting children into a convention where men impersonate women, often exaggerating female sexuality and physical attributes, children will also be performing in drag for adults — paid for by Crocs.

One posting announcing the underage fashion show was captioned, “Hit them with your catwalk, kids.”

Children will not be alone on the stage, however.

According to the Gay Times, adults dressed up as WildBrain’s Teletubbies will in attendance and participating in the convention’s “Kids Fashion Show.”

In addition to the underage fashion show, the convention has several “drag queen story time” events scheduled in the “Kid Zone.”

Jimmy Failla, host of “Fox Across America,” suggested that the involvement of children in a seeming “sex show” was reminiscent “of the Balenciaga ad where we were all worked up about the kids in bondage.”

“A lot of people on the left are turning children into fashion accessories. … Deep down, we know that’s not right,” he said.

Despite growing resistance to the sexualization of children by men dressed as women in America, the problem persists.

TheBlaze previously reported that the world’s largest “drag queen story time” is scheduled to take place on Jan. 21, 2023, in St. Petersburg, Florida. While transvestites will be reading to children, the event, billed as a “very family-friendly event,” will feature activism and agitprop.

One performer who goes by the stage name Kitty Demure has repeatedly condemned the admission of children to drag shows.

“What is the lesson to be learned to see a man dressed up, wearing a wig, and being sexual in front of your child? We used to arrest men like that,” Demure told “Jesse Watters Primetime” in October.

Demure suggested that the leftist parents who take their kids to such events share in the blame.

They “think they’re being inclusive. They think that they are teaching them some kind of valuable lesson,” said Demure.

Drag queen says kids should never be allowed at showsyoutu.be

“I have no idea why you want drag queens to read books to your children,” he noted in the clip. “I have no idea. What in the hell has a drag queen ever done to make you have so much respect for them and admire them so much, other than put on make-up and jump on the floor and writhe around and do sexual things onstage?” Demure said on another occasion.