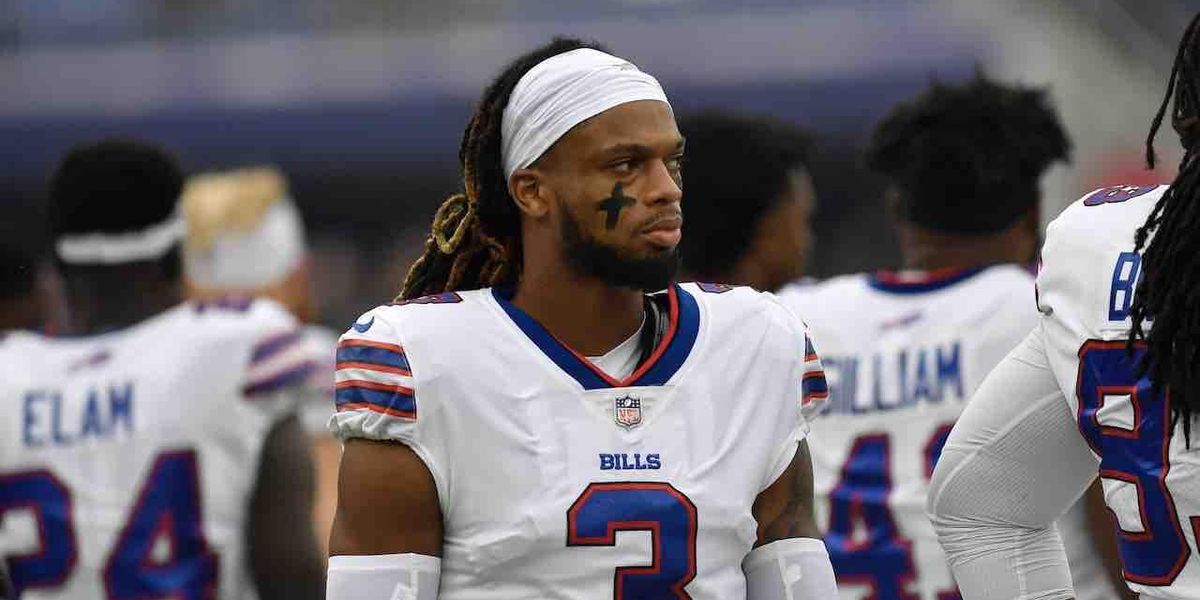 Buffalo Bills safety Damar Hamlin’s breathing tube has been removed, he’s spoken with his family and teammates, and doctors say he’s neurologically intact, according to an ESPN report Friday.

Hamlin, 24, collapsed on the field in cardiac arrest during a Monday Night Football game against the Cincinnati Bengals earlier this week after he appeared to take a hit to his chest while tackling Bengals wide receiver Tee Higgins.

Medical personnel rushed to the field and gave Hamlin CPR and oxygen, after which he was taken by ambulance to the University of Cincinnati Medical Center in critical condition.

Sports Illustrated said Hamlin was on a ventilator at the hospital. Dorrian Glenn, Hamlin’s uncle, added that Hamlin had to be resuscitated twice, once on the field at Paycor Stadium in Cincinnati and once after he arrived at the hospital, ESPN said in an updated story.

However, by Thursday doctors told the sports network Hamlin was beginning to awaken and was showing signs of “substantial improvement” in his recovery, as he was able to move his hands and feet.

While he couldn’t yet speak, doctors told ESPN Hamlin could communicate in writing and asked if the Bills won Monday’s game against the Bengals. That question, one doctor said, meant that “not only the lights are on, but he’s home.”

Hamlin continues to ‘progress remarkably in his recovery’

ESPN, citing physicians at University of Cincinnati Medical Center, said Friday that Hamlin’s breathing tube was removed overnight and that he continues to “progress remarkably in his recovery.” Doctors added that Hamlin’s neurological function remains intact — and he’s talking to family and teammates, the sports network said.

Doctors hope Hamlin can return home with his family as soon as possible, the sports network said, adding that “there is no definitive answer to what caused Hamlin’s cardiac arrest.”

A prayer ‘for healing for Damar’ on live television

ESPN analyst Dan Orlovsky — a “follower of Jesus” as noted on his Twitter bio — prayed out loud for Hamlin during the sports network’s “NFL Live” broadcast Tuesday:

God, we come to you in these moments that we don’t understand, that are hard, because we believe that you’re God, and coming to you and praying to you has impact. We’re sad, we’re angry, and we want answers, but some things are unanswerable. We just wanna pray, truly come to you and pray for strength for Damar, for healing for Damar, for comfort for Damar, to be with his family, to give them peace. If we didn’t believe that prayer didn’t work, we wouldn’t ask this of you, God. I believe in prayer, we believe in prayer. We lift up Damar Hamlin’s name in your name. Amen.

After Hamlin’s collapse on the field Monday night, players were visibly distraught, the game was paused after the teams’ head coaches conferred, and the NFL officially suspended the game around 10 p.m. ET. The league announced Thursday night that the Bills-Bengals game has been canceled and will not continue, ESPN reported.

Although the Bills and Bengals both clinched their respective AFC divisions, playoff seedings remain at stake amid their canceled game. ESPN said league owners will vote Friday on scenarios that involve a neutral site for an AFC championship game, among other possibilities that depend on game outcomes this weekend. You can read about the details here.

Democrats immediately object when House Republican proposes members recite Pledge of Allegiance before committee meeting
Zumba class violently disrupted when bullets pierce studio window, injuring woman
‘If you need to arrest me, I understand’: US Marine allegedly flew from Louisiana to Florida to have sex with 14-year-old girl he met online
UKRAINE WAR: Here Comes the Russian Wave
Trump Exposed His Fear of DeSantis in 2024