Ex-Enron executive and billionaire John Arnold is under fire from Texas Republicans for reportedly funneling millions into groups trying to censor supposed “disinformation.” Ironically, Enron is the same company that went bankrupt from corruption and fraud. 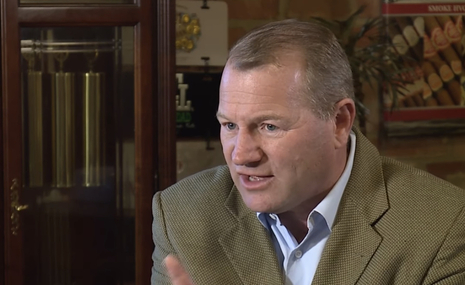 For instance, Arnold’s LLC donated to research nonprofit MapLight, which was also funded in 2018 with $150,000 by leftist billionaire George Soros. MapLight, which describes itself as “Technology for Democracy,” published a “Voter Empowerment Plan” memo before the 2022 midterms with the primary priority to“[r]educe the quantity, spread, and impact of electoral disinformation.”

The memo called for government action to ensure this censorship. As Harrison noted, donors should spend “their resources protecting free speech rights as opposed to funding groups that undermine them.” The Examiner reported that MapLight President Daniel Newman previously claimed to the outlet his group “no longer works in the disinformation area.”

Such donations are, of course, controversial. Nehls, who represents Houston suburbs, is from the city where Enron was based before it failed in 2001. “These groups will never stop funneling money to attack Republicans until they fully control the narrative,” Nehls insisted to the Examiner.

“Given the increased collusion over the past two years between Big Government and Big Tech to censor opposing views by labeling them disinformation, Texas and America would be better off if big donors spent their resources protecting free speech rights as opposed to funding groups that undermine them,” Texas State Rep. Brian Harrison (R) reportedly told the Examiner.

The Arnold LLC also funded misinformation efforts by local news supporter the American Journalism Project, the Examiner reported. The project highlights and prophesies doom about the supposed “rise of misinformation” on its site. Spotlight PA, a Pennsylvania news outlet that published a voter “election misinformation” guide, was another entity that received Arnold Ventures funding, according to the Examiner.

Arnold Ventures, which also manages philanthropic giving for the Laura and John Arnold Foundation, has funded other leftist causes too, the Examiner said, such as giving over $45 million to so-called “criminal justice reform” in crime-infested New York. Republicans accused that same “reform” of causing a crime spike.

John Arnold whined on Twitter that critiques of him and his donations are “well-funded attack campaigns run by professional firms.” But Republican political consultant Matt Mackowiak reportedly told the Examiner, “The use of ‘disinformation’ is quickly morphing into a catch-all on the Left for censoring speech you don’t like from people you don’t like.”

Conservatives are under attack. Contact your representatives and demand that Big Tech be held to account to mirror the First Amendment while providing transparency, clarity on so-called hate speech and an equal footing for conservatives. If you have been censored, contact us using CensorTrack’s contact form, and help us hold Big Tech accountable.

How and Why the Left Is Making the Memphis Cops Into ‘Racists’
Morning Joe Exploits Holocaust, Goes to Auschwitz to Merge Trump and Hitler ‘Big Lie’
Woke makeup brand shares photo of what appears to be a bearded man wearing bright pink lip cream
‘Sit this one out’: Father of teen killed in Parkland shooting responds when Newsom criticizes Florida permitless carry proposal
Terrifying video: Boulder crashes through wall of Hawaii home, barely missing woman who was walking toward path of runaway rock