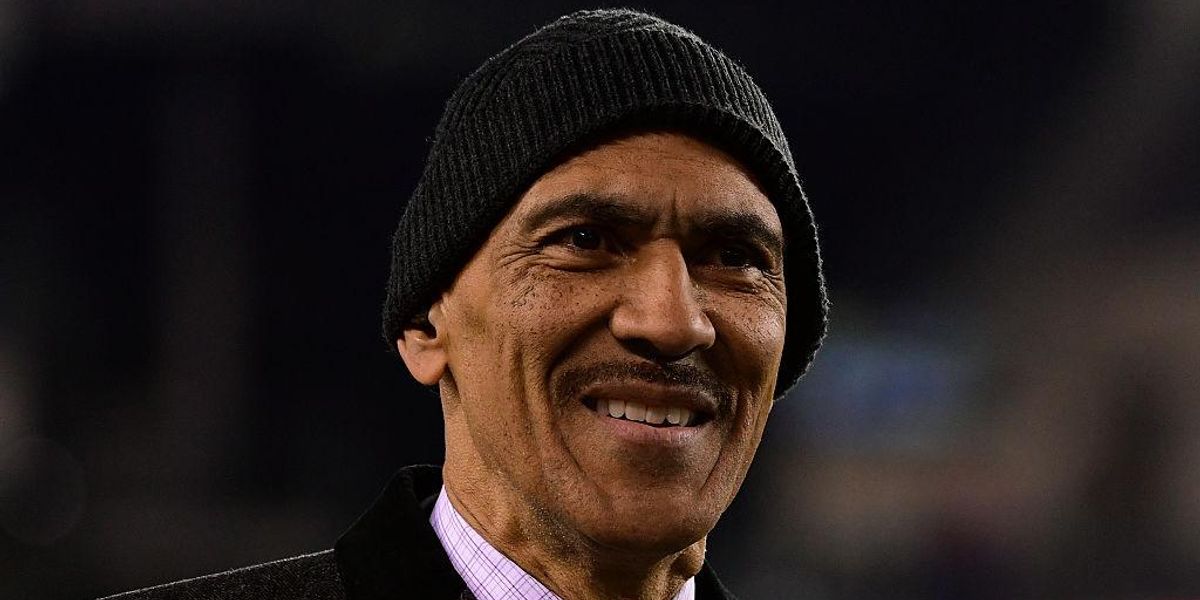 Esteemed NFL coach and former professional defensive back Tony Dungy will be addressing pro-lifers at this year’s March for Life. Dungy, a devoted Christian and father who has made no secret of his support for life, will be able to speak from experience that no child is “unwanted.”

After all, he and his wife of 40 years are parents to eight adopted children between the ages of 6 and 21. They have fostered over 100 children over the past three decades, three of whom are presently in their care.

Dungy assumed his first head coaching role in 1996 with the Tampa Bay Buccaneers and racked up 148 total victories over the next 13 seasons, including seven years with the Indianapolis Colts.

In 2007, Dungy became the first black head coach to win the Super Bowl. He noted at the time that he was proud of the historic achievement, but “more than anything, [Chicago Bears coach] Lovie Smith and I are not only African-American but also Christian coaches, showing you can do it the Lord’s way. We’re more proud of that.”

Despite the gains he made and the lives he changed on the gridiron, Dungy’s greatest achievements appear to have been at home.

The coach told Air1 in September that people “can have an influence in their world in a lot of different ways.”

The coach and his wife, Lauren, an early childhood education specialist, have exercised their influence, in part, by opening the doors of their home to human beings whom abortion advocates might otherwise have seen fit to throw away.

“It’s been a rewarding experience,” said Lauren. “We’ve been fostering for over 30 years and currently we have three children in our care. And, along with the fostering, we have adopted children as well.”

Lauren added, “We have eight kids under our roof that are adopted – ages 21 to 6 – … so it’s been a busy household, but we enjoy it. It’s a blessing, and we believe that we’re being obedient to God’s calling on our lives.”

In a separate interview, Lauren told NBC’s “Today Show,” “We made that decision early on that when we were going to foster children, we wouldn’t say ‘no,’ because we know the children are in crisis and they need a home. They need stability. They need love. So we opened our doors to the kids, and we’ve had over 100 children walk through our door.”

Coach Dungy supports life in action and in words.

He tweeted on Sept. 9, “Respect life. ‘Thou shalt not kill.’ Exodus 20:13. Babies in the womb are life. ‘I knew you before I formed you in your mother’s womb. Before you were born I set you apart and appointed you as my prophet to the nations.’ Jeremiah 1:5 NLT.”

After reiterating that unborn children’s lives are “covered by the 6th Commandment” (i.e., “Thou shalt not kill”), Dungy noted, “When God tells a woman ‘you have two boys growing in your womb’ it’s pretty obvious he’s describing unborn babies and talking about what they’re going to do in the future. I don’t see God saying to Rebecca ‘If you don’t like that plan please end their life right now.'”

u201c@Xtianwanderer @adamdavidson The Bible doesnu2019t have to address abortion if the fetus growing inside the mother is a life. If itu2019s a life it is covered by the 6th Commandment. If itu2019s just tissue then thereu2019s no need for discussion.u201d

Coach Dungy minced no words when someone on Twitter intimated that abortion was a solution to “unwanted black children.”

Dungy replied, “Get the men to stand up and help make those children wanted.”

When Dungy’s involvement in the 50th annual March for Life was first announced, former New England Patriots tight end and Super Bowl champ Benjamin Watson expressed his excitement online, to which the coach replied, “Benjamin I appreciate your commitment to protecting vulnerable lives and I look forward to walking with you!”

If this year’s turnout is anywhere as large as it was for the 2022 March for Life, Dungy and Watson will be marching together with hundreds of thousands of others.

This march “emphasizes the need in the absence of Roe v. Wade for pro-life advocates to continue boldly marching in defense of the unborn – both on the state and federal level – and advocating for a minimum federal standard to protect innocent life against radical pro-abortion legislation.”

According to the event website, “Sadly, the number of abortions annually is still well over 900,000 each year, and that number is expected to decrease only by roughly 200,000 each year in a post-Roe America.”

Despite recent victories advancing the cause of life and making it harder to discard human beings in America, abortionists and eugenicists have mounted a substantial rearguard action.

A Georgia judge overturned a bill banning abortion after six weeks of pregnancy in November. In a 3-2 decision, the South Carolina Supreme Court struck down a similar law this week.

The U.S. Food and Drug Administration approved certified pharmacies to distribute abortion pills earlier this week – drugs that previously could only be ordered, prescribed, and dispensed by a certified health care provider.

Dungy will speak on Jan. 20 on the National Mall in Washington, D.C.

Garage-gate: What Does Kamala Harris’s Silence Mean?
Will The New Shadow President Be Better Than Ron Klain?
One Person Inspired an Insurrection, the Other Is Brandon Straka
J.K. Rowling triggers backlash and hatred with one tweet about transgender misogyny
Graphic bodycam video shows suspect violently swing hammer at Paul Pelosi after police arrive