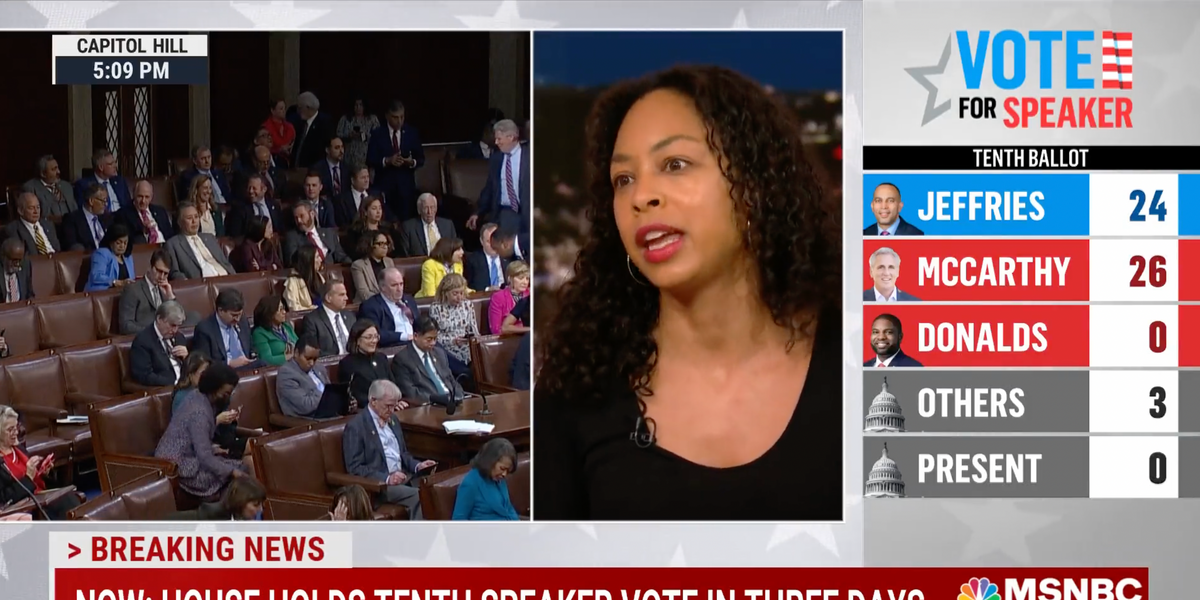 New York Times editorial board member Mara Gay suggested on Thursday that some of the Republicans opposing Kevin McCarthy’s bid for the House speakership were elected due to racism.

During an appearance on MSNBC, Gay claimed that some of the Republican figures were “elected based on a litmus test to stop the tide of diversity in the country, the browning of America, the fears that surround that.”

Earlier in the segment, host Nicolle Wallace had described the deadlock as a “tragedy for American democracy.”

u201c”Some of these individuals were people who were really only elected based on a litmus test to stop the tide of diversity in the country, the browning of America, the fears that surround that. So, they were not elected to go do the work of government”- @MaraGay w/ @NicolleDWallaceu201d

While a significant majority of the House GOP has been backing McCarthy, more than a dozen Republicans have been been opposing him, preventing McCarthy from gaining the speaker’s gavel. So far, McCarthy has come up short in a whopping 11 votes, including three on Tuesday, three on Wednesday, and five on Thursday. Democrats have been voting for Hakeem Jeffries of New York.

In many of the votes this week, the Republicans opposing McCarthy have voted for Byron Donalds of Florida, who is black — Donalds voted for McCarthy twice, but has since been voting against him.

Democrat Cori Bush of Missouri, who is black, has described Donalds as a “prop.”

“FWIW, @ByronDonalds is not a historic candidate for Speaker. He is a prop. Despite being Black, he supports a policy agenda intent on upholding and perpetuating white supremacy. His name being in the mix is not progress—it’s pathetic,” Bush tweeted on Wednesday.

Former President Donald Trump has called for Republicans to rally around McCarthy, but Matt Gaetz of Florida asserted that Trump’s support for McCarthy represents “the worst Human Resources decision President Trump has ever made,” while Lauren Boebert of Colorado has said that Trump should call on McCarthy to withdraw from contention. Gaetz voted for Trump to be House speaker during some of the votes on Thursday.