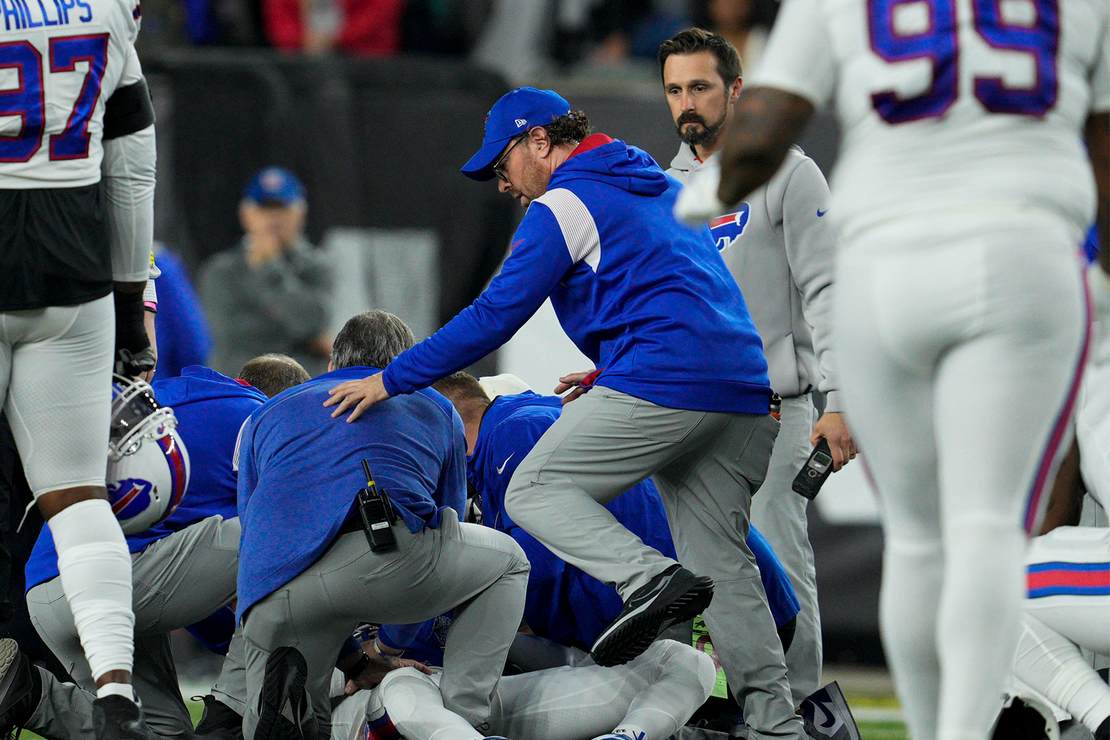 Football is a violent game. Duh. But does the “violence” disproportionately affect” black men?

If you try really hard, close your eyes, click your heels together three times, and repeat “white privilege” three times really fast, you can just barely imagine that being true. Otherwise, turn over and go back to sleep.

The argument is advanced in an article in (Un)Scientific American by Duke cultural anthropologist Tracie Canada. Ms. Canada’s other recent contribution to the non-scientific science magazine is titled, “The NFL’s Racist ‘Race Norming’ Is an Afterlife of Slavery.”

To “prove” that the “violence” (competition) in football at any level disproportionately affects blacks, you have to accept a series of jaw-droppingly stupid assumptions that only an academic besotted with racialism would advance.

This ordinary violence has always riddled the sport and it affects all players. But Black players are disproportionately affected. While Black men are severely underrepresented in positions of power across football organizations, such as coaching and management, they are overrepresented on the gridiron. Non-white players account for 70 percent of the NFL; nearly half of all Division I college football players are Black. Further, through a process called racial stacking, coaches racially segregate athletes by playing position. These demographic discrepancies place Black athletes at a higher risk during play.

At one time, major college and pro teams found it more useful to utilize extraordinary black athletes in positions where they could alter the outcome of games. At that time, offenses were run-heavy. Even pro teams only passed 20-25 times a game.

This led to charges from black activists like Harry Edwards that teams wouldn’t play a black man at quarterback because they believed blacks were dumber than whites.

That began to change in college ball with the advent of the Wishbone and other option offenses. Wishbone offenses dominated college ball into the 1990s when defensive athletes finally became as mobile and quick as the offense. Then there emerged a new generation of black quarterbacks who ran the Wishbone to perfection but had trouble making it in pro ball because pro game offensive systems had become aerial shows. College quarterbacks who played in so-called “pro-style offenses” were more desirable than option quarterbacks.

Was it racism that prevented talented black athletes who played quarterback in college from making the move to the pros in that position? I am not blessed with the gift of being able to peer into the hearts and minds of others — unlike Ms. Canada — and glean intent. But since football and other athletic teams have shown a remarkable desire to win games in spite of whatever racist feelings they may harbor for black people, my guess is that the style of play far more than racial hatred affects decisions on who plays quarterback.

Ms. Canada is going beyond the quarterback race controversy and is now charging that the white power structure in football puts black players “at higher risk” by playing blacks in positions where they’re more likely to be hurt. Since any and every player can be hurt on any and every play, I challenge Canada to produce any evidence that points to, 1) a deliberate effort by the white power structure on teams to play black players out of position; and 2) that it is done without care for any injuries they may suffer.

On these playing fields, ones that sociologist Billy Hawkins would argue are never theoretically far from plantation fields, financial stakeholders value Black bodies for their productive potential and physical prowess. The league encourages and facilitates rigorous training and disciplining so players can execute seemingly impossible corporeal demands, all in the service of entertainment, money-making, and insatiable fandom. In the words of sociologist and activist Harry Edwards, “like a piece of equipment, the black athlete is used.” While I am not aware of research that compares the rate of injury between Black and white football players, heatstrokes, ACL and labrum tears, ankle sprains, bone breaks, and concussions are just a few of the consequences of how these bodies are used. (emphasis mine)

If you’re not aware of research to prove your point about injuries, why mention it? In fact, it’s an intellectually lazy argument. Even if there were differences in the “rate of injury” (?) between white and black players, what proof is there that it’s due to some kind of wild racist fantasy that any NFL coach would put any player of any color in any position to be hurt?

In a way that is reminiscent of Black feminist scholar Hortense Spillers’ theorization of flesh, these situations demonstrate how organizations, administrators and fans dismiss each player’s personhood, strip them of their humanity and reduce them to mere bodies. No football athlete deserves this treatment. They should not be expected to play after enduring, experiencing and witnessing bodily traumas. Further, to dismiss the almost certain breaking down of their bodies as just part of the game is a process of objectification and commodification that prioritizes the player over the person in a way that Black feminist scholar bell hooks says calls to mind “the history of slavery and the plantation economy.” The anti-Blackness of the system is inescapable.

So we’re all guilty of “stripping” players of their “personhood,” reducing them to “mere bodies”? Ms. Canada should tell me more about myself. In fact, Canada posits that all of this is happening in our subconscious, so we’re unaware of our racism and cruelty. I mean, no one seriously believes that anyone — white or black — actually reasons like this. This is what cultural anthropologists imagine resides deep in the primitive psyche of white people.

I suppose Canada wants more care taken of players who are hurt. In fact, on that point, we agree. The players may accept the risks of playing a violent game, but no one buys into an early death or crippling injury later in life. Until quite recently, the NFL player pension system was a travesty, as I pointed out in 2007. It’s improved some but still has a long way to go to make sure that the heroes we cheered for on so many Sundays can deal with the inevitable health problems that arise when they retire.

I Still Have Questions After the Release of the Paul Pelosi Bodycam Footage
A Trans ‘Toast’ to Licking, Screaming Queers & How Being an ‘American Citizen’ is Racist
Dr. Simone Gold countersues AFLDS board for suing her over claims that she misrepresented herself as group’s head
Massive great white shark decapitated diver in first fatal attack of 2023: Report
Hunter Biden Reportedly Used Delaware House Where Classified Documents Were Found As Home Office