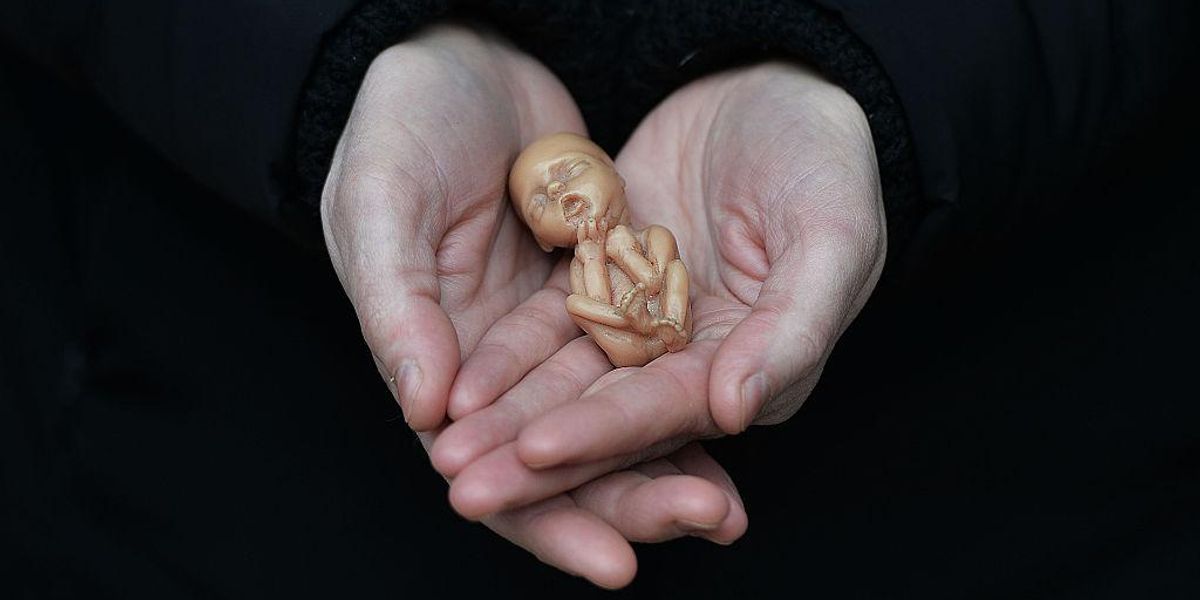 A pro-life billboard in Portland, Oregon, was vandalized with the shocking message, “KILL THEM KIDS.”

In addition to the abhorrent message, x’s were placed over the eyes of a baby shown on the sign. The sign was from the organization ProLife Across America, according to KOIN 6 News, which posted photos of the vandalized billboard. The sign read, “PROTECT THE BABIES,” and “HEARTBEAT 18 DAYS from conception.” Based on the photos, it appears that a phone number and the name and logo of the pro-life organization were also defaced on the sign.

u201cAn anti-abortion billboard was taken down in NE Portland this morning after it was vandalized with the message: “Kill them kids.”nMore: https://t.co/P7YP7WmLv1u201d

Outfront Media Operations manager David Spivey informed the outlet that the defaced sign was removed in the morning hours on Jan. 2. A caption on a photo of the billboard in the KOIN 6 article says that the sign “was still visible at 9:30 a.m. on Jan. 2.” The outlet also reported that ProLife Across America director Mary Ann Kuharski noted via email that the group hoped to replace the billboard.

“PROLIFE Across AMERICA is a non-profit, non-political, 501 (c)3 organization dedicated to changing hearts and saving babies’ lives. We are committed to bringing positive, persuasive messages, offering information and alternatives – including adoption – and post-abortion assistance to those in need,” according to the group’s website. “PROLIFE Across AMERICA’s mission since 1989 has been to reach out through billboard, radio, print, and online ads to people who may not be reached in any other way. Our ads create an ‘Atmosphere of Life’ in a ‘culture of death.'”

Last year, the U.S. Supreme Court returned to states the authority to decide whether to ban abortions.

“In the last six months since the Dobbs decision, we have devoted our time and resources to responding to the public health crisis unleashed by the Supreme Court’s decision,” Planned Parenthood Advocates of Oregon executive director An Do said, according to KOIN 6. “Our singular goal is to help patients – both those in Oregon and those forced to flee their states – overcome barriers to get the essential health care they need and deserve. That means focusing on health care and human rights, not vandalism.”