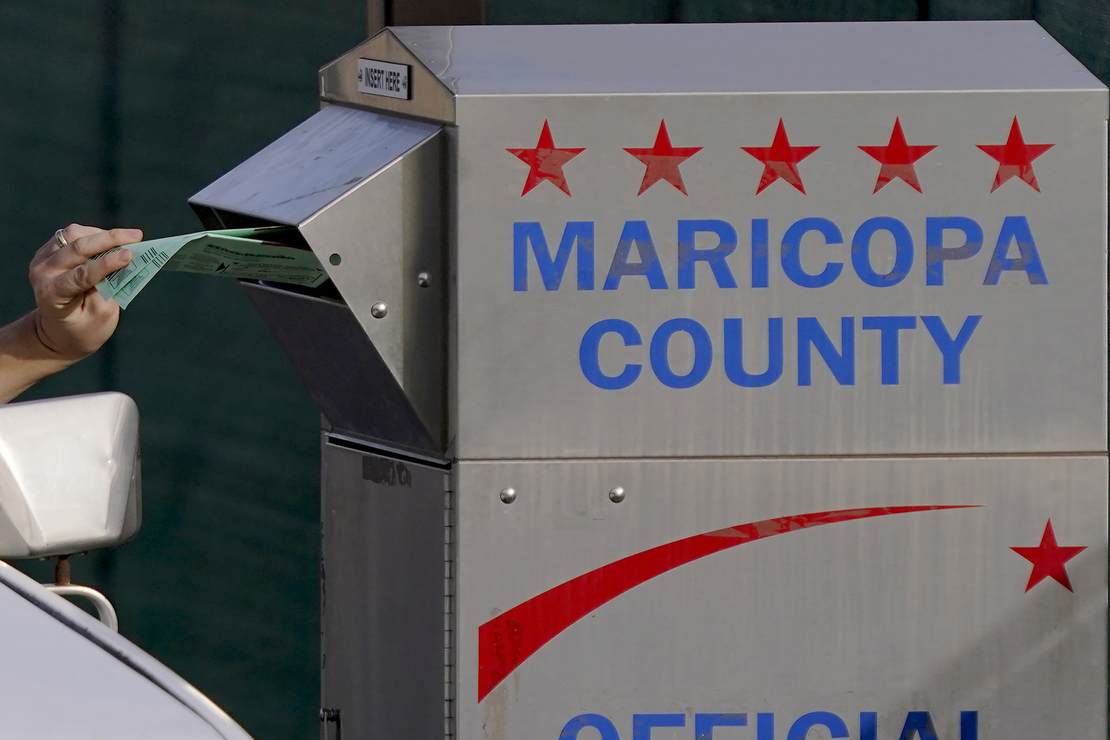 A few short weeks after being the defendants in Kari Lake’s election lawsuit that exposed a tremendous amount of evidence of chicanery that may have altered the outcome of a number of statewide elections, officials in Maricopa County, Ariz., say they have launched an investigation the ballot printer problems that plagued a significant number of polling places during the 2022 midterm elections.

“This Board of Supervisors has always been committed to continuous improvement. When things don’t work, we find out why. Today we are announcing an important step in our efforts to get to the bottom of the printer issues that affected some Vote Centers on Election Day last November,” the statement read. “Former Arizona Supreme Court Chief Justice Ruth McGregor has agreed to lead the independent investigation we promised. […]  Justice McGregor will hire a team of independent experts to find out why the printers that read ballots well in the August Primary had trouble reading some ballots while using the same settings in the November General. Our voters deserve nothing less.”

Maricopa election officials and Kari Lake’s opponent Katie Hobbs, who was just installed as governor, had previously tried and failed to quash Lake’s lawsuit, insisting that the election had been conducted fairly.

Maricopa County election officials have already claimed that, even though the printer problems reportedly caused problems on Election Day, there were no reports of voters not being able to vote because of the problems. It is inevitable that this “investigation” will reach the same conclusion and consider it proof that the election results were legitimate.

When Kari Lake’s legal team was granted the opportunity to inspect ballots prior to trial, its review of a random selection of ballots found that “48 of 113 ballots reviewed … were 19-inch ballots produced on 20-inch paper,” causing “the mass rejection of these votes as they were attempted to be read through the tabulators.”

Maricopa County Recorder Stephen Richer also testified that individual polling places did not tally the number of votes cast, an apparent violation of state law that is highly suspicious considering that in the days after Election Day, the number of votes the county reported having counted mysteriously increased by nearly 25,000, a number greater than Katie Hobbs’ alleged 17,000-vote victory.

Despite the overwhelming amount of evidence presented by Kari Lake’s team, Judge Peter Thompson of the Maricopa Superior Court ruled that Lake did not establish that election officials had engaged in intentional election misconduct that would have altered the election’s outcome and dismissed both counts that went to trial. He had previously dismissed eight other counts. The trial lasted a mere two days and was undoubtedly a show trial if I’ve ever seen one.

Speaking of their new “investigation,” Gates and Hickman claim “our voters deserve nothing less.” Actually, they deserve much more.

Does anyone really believe that Maricopa County, which was just on trial for election misconduct, actually wants to get to the truth? Do you really think this investigation they’ve initiated is truly independent? I certainly don’t. We’ve seen this movie before. Remember how the Obama administration often investigated itself when it was plagued by scandal and how each time it did, it cleared itself of wrongdoing? I do.

Sorry, but I’m not pretending this investigation will actually discover or admit any wrongdoing on the part of Maricopa County, and neither should you.