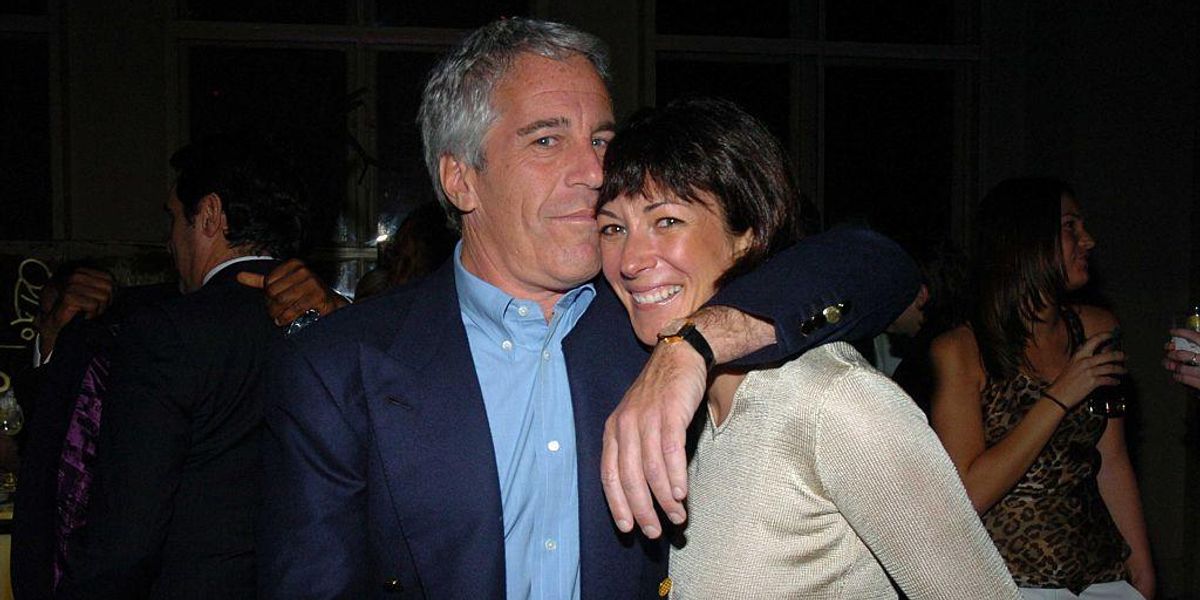 Ghislaine Maxwell, 61, has gone from grooming underage victims with the now-dead pedophile Jeffrey Epstein to grooming female felons in prison.

According to the Daily Mail, the convicted child sex trafficker and pedophile, who used to hobnob with Bill Clinton and Prince Andrew, is now hosting etiquette classes for fellow inmates.

Maxwell was arrested in July 2020 and found guilty of grooming and trafficking minors on Dec. 29, 2021.

U.S. Circuit Judge Alison Nathan sentenced Maxwell to 20 years in prison on June 28, noting she had sexually exploited and abused multiple underage girls with Epstein over the course of at least a decade.

In July, Maxwell was transferred to Federal Correctional Institution Tallahassee, a “low security federal correction institution,” with over 820 male and female prisoners.

The New York Post noted that, unlike her previous prison experience in New York — where she was subject to solitary confinement most of the time — she now enjoys plenty of latitude in Florida.

In addition to getting to wear dresses, Maxwell is permitted weekly visits from adults or children and takes full advantage of the “recreation, leisure and social programs” on offer at the Tallahassee facility.

With this relative freedom, Maxwell has begun teaching women how to conduct themselves, “maintain high moral standards,” and attain success like her former acquaintance Hillary Clinton.

Flyers reportedly spotted inside the prison indicate that Maxwell’s course details “the three principles of etiquette – focusing on respect, consideration and honesty.”

According to sources at the prison, the four-week program run by the pedophile also teaches felons how to talk, dress, and comport themselves in business settings, reported the Daily Mail.

Inmates who complete the course get 15 days taken off their sentences in accordance with the First Step Act.

An insider told the Daily Mail that the pedophile’s etiquette course is “less about balancing books on heads and being ladylike, and more about having confidence in yourself – how to behave and talk in a professional manner, the secrets of success in the corporate world, that sort of thing.”

It is unclear if the “professional manner” Maxwell is promoting to fellow inmates is the same with which she perpetrated, as U.S. attorney Damian Williams put it, “heinous crimes against children.”

The U.S. Attorney’s Office for the Southern District of New York made clear in June that Maxwell is practiced at coaching females to behave in a way that she and other pedophiles find acceptable.

“Victims were made to feel indebted and believed that MAXWELL and Epstein were trying to help them,” wrote the USO. “MAXWELL also normalized and facilitated sexual abuse for a victim by discussing sexual topics.”

The pedophile is not only peddling purported principles of etiquette, but teaching a yoga class and picking out books for other female inmates in the prison library.

“Miss Maxwell’s message is: So what if you’re a woman and a convicted felon? You’re not a second class citizen. She’s an unlikely role model, but she’s very passionate about this,” added the prison insider.

The pedophile secures the rapist’s lawyer

Although Maxwell apologized to her victims for the pain she subjected them to and expressed hope that her conviction would bring them closure, her spokesman maintains that the pedophile is innocent.

Page Six reported that the child sex trafficker recently hired the lawyer who represented rapist Harvey Weinstein in hopes of overturning her conviction. Attorney Arthur L. Aidala will soon file for appeal on her behalf.

Aidala claimed that Maxwell “did not get a fair trial” and added, “[T]he judge ignored the many claims of malnourishment, living with vermin in her cell, lack of sleep, and overall deplorable conditions.”