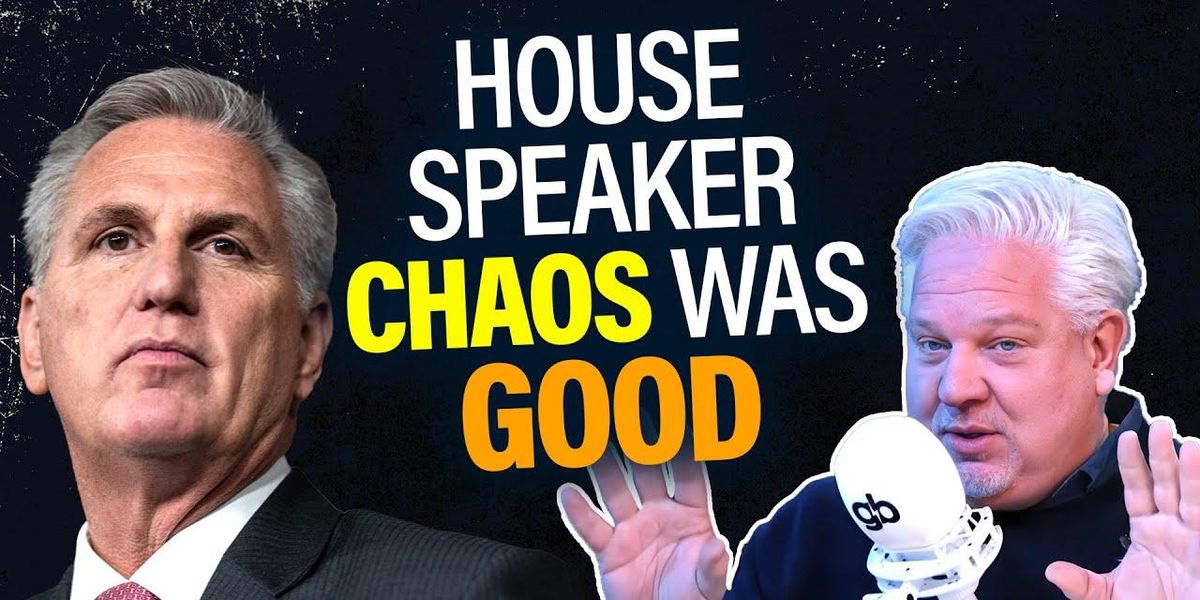 On today’s program, despite what Democrats (and even some Republicans) may say, the chaos that ensued last week over the GOP’s pick for House speaker was great for America. Why? Because by pushing back against Kevin McCarthy’s nomination for the role, Freedom Caucus members ensured several huge wins for House Republicans. Glenn lists those wins in this clip — like a 72-hour reading period on all bills presented to Congress and an upcoming vote on term limits. “This is our government,” Glenn said, adding that he wanted to see what the government does. Thanks to the chaos in the people’s house, Republicans received a commitment for a committee to study potential FBI abuses against the American public. Thanks to the House Freedom Caucus, Glenn says, “America: you won.”

Watch the clip for more details.

To enjoy more of Glenn’s masterful storytelling, thought-provoking analysis and uncanny ability to make sense of the chaos, subscribe to BlazeTV — the largest multi-platform network of voices who love America, defend the Constitution, and live the American dream.

Treasured artifact from 2,800 years ago reveals written references to the biblical King David
Trump’s Plan to End ‘Left-wing Gender Insanity’ Is One We Can All Get Behind
Police say man accused of torturing women is using dating apps to find more victims and people to help him evade cops
MSNBC’s Hayes: Biden Economic Recovery Most Remarkable in U.S. History
“Harvey-Level Bad” — Hollywood A-Listers, Moguls In Total Panic Over Tell-All Files