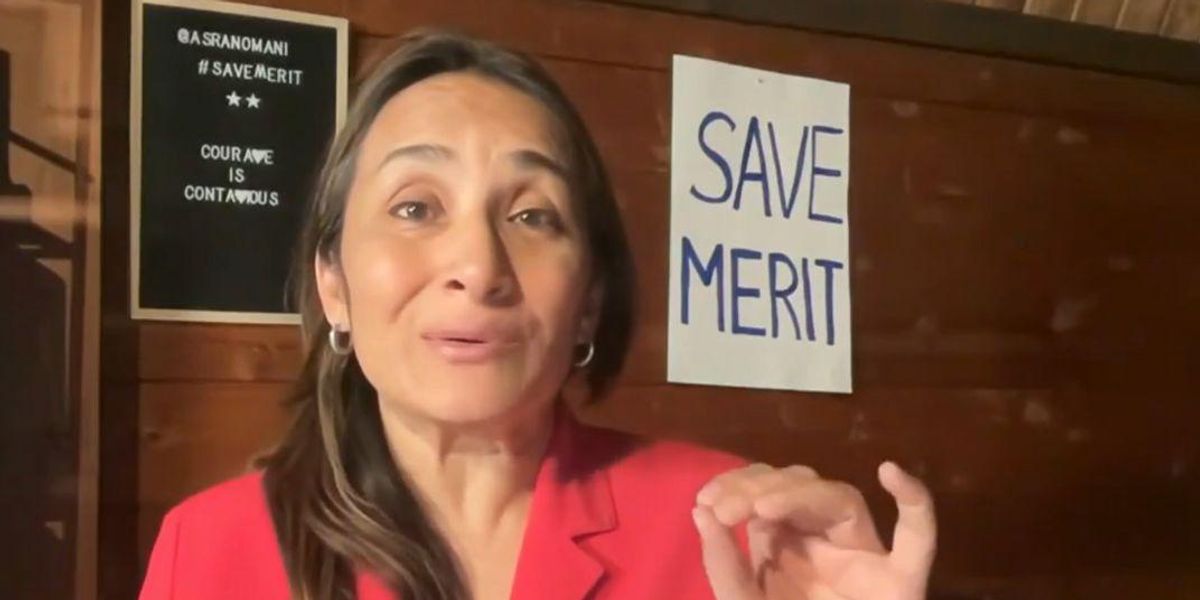 In December, Fairfax County’s Thomas Jefferson High School for Science and Technology, which has an “equal outcomes for every student, without exception” policy, received backlash from upset parents after it was discovered that school officials intentionally withheld students’ merit awards.

The firestorm from parents ultimately prompted the school to notify students who had earned National Merit awards. However, students received the awards after early college application deadlines. Parents argued that the delayed notification robbed students of scholarship and college admission opportunities.

In response to the scandal, Fairfax County Public Schools released a statement claiming that the delay resulted from “human error.”

“FCPS also initiated an investigation into the circumstances around how this situation could occur,” the district stated. “Our current understanding is that the delay at Thomas Jefferson High School this fall was a unique situation due to human error, but we will continue to examine our records in further detail.”

Lukas and Nomani blamed the district’s “equity” policy for the delay, which also caused students to miss the early college application deadline.

“We now have two high schools in the same school district, in the school district that has just been nakedly political, nakedly focused on things that are not about advancing kids’ interests, but about this idea of equal outcomes for everyone,” Lukas said.

“I am delighted to let you know that your student was designated as committed a student by the National Merit Scholarship Corporation,” Greer said. “I must apologize that certificates were not distributed to these students in the usual way this past fall. I am deeply sorry for this mistake.”

For some parents, Greer’s apology came up short.

“This is such a tragedy, not just… on a national scale in terms of this war on merit that’s happening, but in the personal lives of kids,” Nomani stated. “They’re waiting right now for answers from colleges, and there was this critical data point that was missing, which is this amazing honor of being in the top 3% of kids nationwide.”

What’s being done about it?

At the request of Virginia Governor Glenn Youngkin (R), Attorney General Jason Miyares launched an investigation into Thomas Jefferson High School for Science and Technology last week. On Monday, Miyares announced that the investigation would be expanded to include the Fairfax County Public Schools system “in light of reports and complaints that multiple schools across the county withheld awards from high achieving students.”

“It’s concerning that multiple schools throughout Fairfax County withheld merit awards from students,” Attorney General Miyares stated. “My office will investigate the entire Fairfax County Public Schools system to find out if any students were discriminated against and if their rights were violated.”