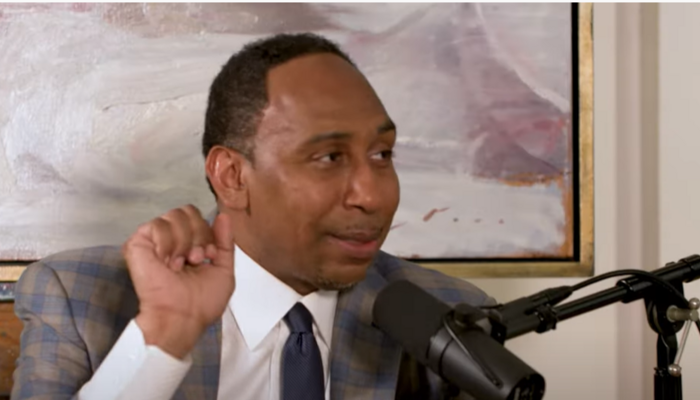 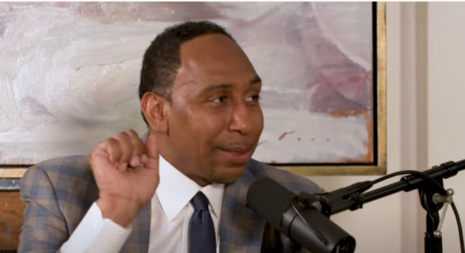 ESPN lefty Stephen A. Smith takes the radical side on virtually every major cultural and political issue. On Sunday, he shocked no one by stating the obvious on Pat McAfee’s podcast: that ESPN is too political. Ya think?

The woke Worldwide Leader in Sports has alienated conservatives for years with its hard Left views on the demise of Roe v. Wade, so-called “systemic racism” and social justice, transgenders in sports and much, much more. The hypocrite Smith is right in the middle of that woke mix, constantly shouting biased left-wing hot takes.

No wonder the ESPN network is a favorite punching bag for conservatives.

On the McAfee podcast, Smith recalled how former ESPN president Jimmy Pitaro attempted to scrub the network clean of political commentary. That was in 2018, and as anyone who follows sports could see, that attempt failed miserably. But it’s not the fault of Smith, says the co-host of ESPN’s “First Take” program.:

I stood up and supported him [Pitaro] for that and I still do because we did get to a point over the years at ESPN where it was too much politics. It was the politicization of too many different things and the sports fan got to a point where they were sending a message that they didn’t feel like their needs were being met.

Additionally, Smith said ESPN should be the source for analysis in the venue of sports. That’s what the sports viewing market wants. Not the Left’s narratives on the state house, the White House, Congress or the Supreme Court.

ESPN’s insistence on traveling down the political lane has driven sports fans to other sources for sports news and results. Especially Republicans, who have nothing favorable to gain from ESPN’s incessant repeating of Democratic Party talking points.

Writing for Outkick, Sean Labar noted that Smith still supports colleagues using free speech rights to speak about politics and social issues on other outlets. He has his own independent podcast, and that’s where personal political opinions are best served, Smith said.

Labar wrote, “While it’s clear ESPN hasn’t fully backed off political takes, it’s refreshing to hear their top personality acknowledge their woke approach…because everyone in America noticed and many will never tune into the network ever again.”

Now if Smith could only swallow his own medicine, instead of pretending he’s not part of the problem at ESPN.