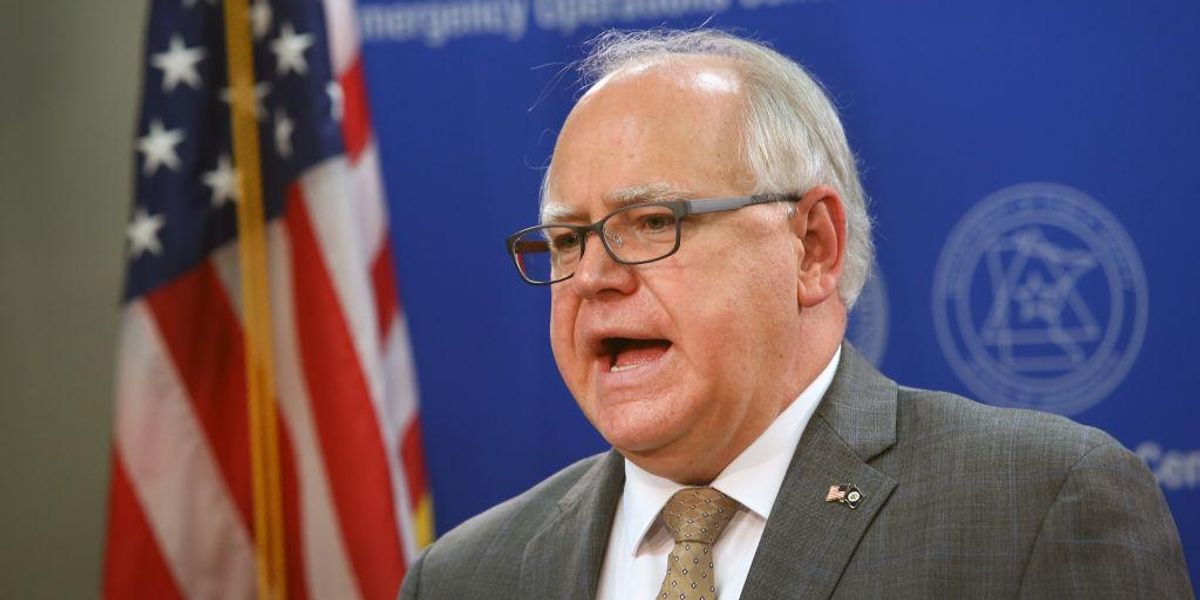 Minnesota will require all educators in the state to embrace contemporary leftist theories about sex and race and to inflict them on students.

As of 2025, teachers’ licenses will be conferred on those individuals in the state proven willing to “disrupt” normalcy, affirm minors’ gender dysphoria, reject “eurocentrism,” accept that knowledge is racially informed, and embrace various other ideological fads presently in favor with the radical left.

The teacher licensing board in Minnesota is called the Professional Educators Licensing and Standards Board. The board’s eleven members were all appointed by Democrat Gov. Tim Walz.

The PELSB is responsible for approving and overseeing teacher preparation providers in the state. The PELSB’s training standards for both public and charter school teachers are defined in the “Standards of Effective Practice for Teachers.”

Julie Quist, board chair of the Minnesota Child Protection League, noted that these standards have been transmogrified in recent months. Quist stated, “Because these revisions affect all licensed teachers in Minnesota, nonpublic schools and institutions of higher education that prepare students for licensure will be subject to these new radical teaching standards, contrary to the beliefs and values of many teachers and schools.”

The Federalist reported that an administrative judge ordered the implementation of the revised “Standards of Effective Practice” in December.

To receive or renew a teaching license, applicants will be required to undergo PELSB-approved “cultural competency training.” This way, the board can ensure that all teachers in the state embrace the same leftist mode of thinking and being.

The training program offered by PELSB-approved providers “promotes self-reflection and discussion including but not limited to all of the following topics: racial, cultural, and socioeconomic groups; … systemic racism; gender identity, including transgender students; sexual orientation; language diversity; and individuals with disabilities and mental health concerns.”

The stated objective behind these programs is to “deepen teachers’ understandings of their own frames of reference, the potential bias in these frames, and their impact on expectations for and relationships with students, students’ families, and the school communities.”

While characterized as a deepening of understanding, the program effectively prescribes a politically specific approach to race, sex, gender, power, and the West, with the intended outcome of rendering educators activists.

The Foundation Against Intolerance and Racism stated prior to implementation of the new standards, “The proper focus for the Standards of Effective Practice is to identify what competencies best meet the priority of student learning, not affirmation of student identity or the furthering of activism.”

Standardization by a lower standard

According to the PELSB, as of 2025, teaching licenses will be contingent upon an individual’s willingness to:

These revised standards not only outline the activities that would signal ideological conformity, but make impactful epistemological presumptions.

For instance, the suggestion that “knowledge creation, ways of knowing, and teaching are social and cultural practices shaped by race and ethnicity,” implies not only that some groups may be incapable of the comprehension enjoyed by others, but that knowledge is manufactured, not attained.

Par for the course

The PELSB’s assurance that teachers will champion diversity, equity, and inclusion along with LGBT activism is apparently insufficient for some state Democrats.

State Rep. Sydney Jordan (D) wants children to be provided with more information about “diverse sexual orientations and gender identities.” Jordan announced on Jan. 6 that she was pushing a bill “to include comprehensive sex education in Minnesota schools.”

She claimed that “students are demanding access to information about their bodies, consent, and contraception and it’s time the #mnleg listens.”

Alpha News reported that Jordan previously pushed a bill that would advance transsexual activism in grade schools. “One of the most important parts of comprehensive sex education is knowing about gender identity. … I was never taught that there was anything other than a heteronormative view of relationships,” said Jordan in 2021.

Students will similarly no longer learn about the Magna Carta or universal principles of ordered liberty. If Minnesota educators get their way, students will instead navigate childhood with the understanding that they belong either to a victim or an oppressor class in a country that is systemically racist, requiring disruption.

Beetroot juice found to “significantly increase muscle force during exercise”
Yes, There Are Plenty of Reasons to Impeach Joe Biden
MacIntyre: Cultural neutrality is a dangerous lie — and it never existed
John Kirby’s attempt to defend Biden over classified docs scandal inadvertently reveals glaring problem
‘Hawkeye’ actor had been trying to protect his adult nephew when run over by snowplow