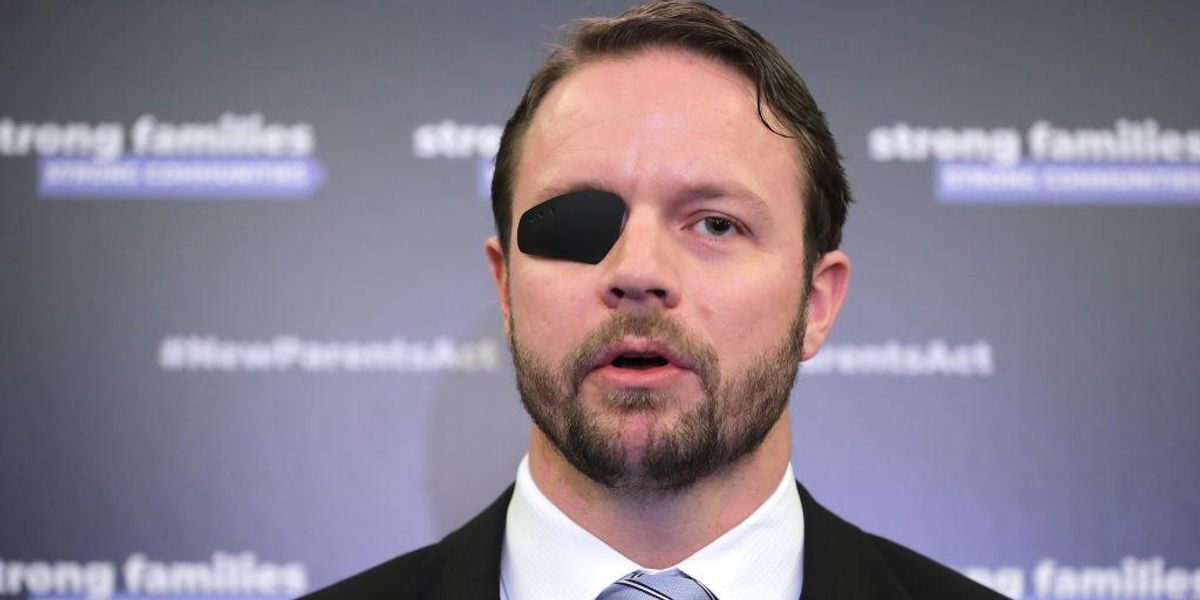 Texas Rep. Dan Crenshaw (R) was denied the gavel on a key committee he had long hoped to lead. The House Homeland Security Committee will instead be led by a member of the House Republican group Crenshaw branded as “enemies.”

Crenshaw rebuked Republican members of the House Freedom Caucus last week, rhetorically condemning some as “enemies” for having leveraged their House speaker votes in exchange for concessions over how Congress would be run.

With McCarthy winning the speakership in the 15th vote on Friday night, Crenshaw’s remarks appear to have amounted to an unforced error.

TheBlaze previously reported that Tucker Carlson called out the Texas congressman on his Fox News show, accusing Crenshaw of engaging in “Soviet-style politics.”

Crenshaw apologized on Sunday, telling CNN anchor Jake Tapper on “State of the Union” that “things get heated, and things get said. … I don’t want them to think I actually believe they’re terrorists. It’s clearly a turn of phrase that you use in what is an intransigent negotiation.”

The Houston Chronicle reported that Crenshaw couched his remarks within the broader context of “vile things” allegedly said by “the very same wing of the party that I’m fighting.”

Despite the apology, the damage was done.

A gavel for Green

On Monday, Crenshaw was denied the gavel for which he campaigned over the course of several months.

The Houston Chronicle reported in November that Crenshaw was regarded as a front-runner for the top spot on the Homeland Security Committee. He certainly thought so.

“I am uniquely positioned to lead the Homeland Security Committee,” Crenshaw said in a letter to his Republican colleagues, noting that having lived in a border state and served in the military provided him with the requisite experience and insights to “persuasively communicate our positions with the public.”

Crenshaw may also have won some favor after raising roughly $1 million for the House GOP campaign arm in the latest cycle.

Despite the Texas congressman’s bona fides and contributions, the chair will instead go to fellow combat veteran Rep. Mark Green (R-Tenn.), a 58-year-old member of the Freedom Caucus — the group that bore the brunt of Crenshaw’s turns of phrase.

Both Green and Crenshaw previously served together on the panel.

Politico previously reported the political significance of Green’s appointment, stating, “Green is also an interesting candidate because picking him would give Minority Leader Kevin McCarthy the opportunity to say he has seated another HFC member in a senior leadership position, following only HFC Rep. Jim Jordan (R-Ohio).”

Extra to expressing gratitude to McCarthy, Green wrote in a tweet, “@RepDanCrenshaw ran a spirited race. I’m grateful for his friendship and leadership. I look forward to working with him, a fellow veteran who understands our national security challenges, to secure our homeland.

u201c.@RepDanCrenshaw ran a spirited race. Iu2019m grateful for his friendship and leadership. I look forward to working with him, a fellow veteran who understands our national security challenges, to secure our homeland. /3u201d

In a Jan. 9 release, Green noted that his priorities as head of the committee will be: “ending the border crisis Biden created”; stopping the flow of fentanyl into the U.S.; empowering Customs and Border Patrol personnel; and countering Chinese cyberwarfare.

Signaling the direction he might take, Green told Department of Homeland Security Secretary Alejandro Mayorkas in November that he should resign, indicating that failing that, he would be held accountable by House Republicans.

It is unclear what Crenshaw’s rejection will mean for intraparty politics.

Cal Jillson, a political science professor at Southern Methodist University, told Houston Public Media last week, “Crenshaw has been waiting his turn, being the good soldier, and if he were to lose it to someone who jumps the queue because they are threatening McCarthy’s speakership, that would estrange him, perhaps, from McCarthy for quite some time.”