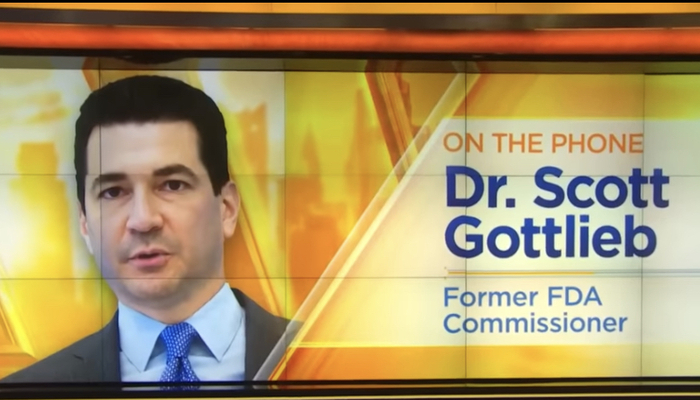 A Pfizer director pushed Twitter to censor critics of COVID-19 vaccines while denying his actions, according to the most recent Twitter Files drop. 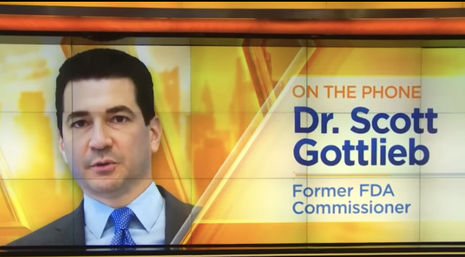 Berenson tweeted a short thread and Substack article Jan. 9 exposing how even a top medical expert was censored due to Gottlieb’s pressure. Gottlieb is head of Pfizer’s regulatory and compliance committee.

Gottlieb reportedly told Twitter public policy senior manager Todd O’Boyle in August 2021 that a tweet from former Acting FDA Commissioner and WHO board member Brett Giroir “claiming CORRECTLY that natural immunity was superior to vaccine immunity” was actually “’corrosive’” and might possibly “go viral,” according to Berenson.

Hardly a fringe “anti-vaxxer” given his previous position with the FDA, Giroir’s tweet urged the White House to “follow the science” and exempt naturally immune Americans from vaccine mandates and also encouraged those without natural immunity to “Get vaccinated.” Gottlieb, however, would have none of it, warning Twitter lobbyist O’Boyle of his concerns about Giroir’s tweet, Berenson’s article explained.

Berenson suggested the possible impetus behind Gottlieb’s attempts to censor COVID-19 debate: That any questions about the vaccines—or even any loss of potential customers—could cut into Pfizer revenue. Berenson wrote that half of Pfizer’s 2021 $81 billion in sales came from its COVID-19 vaccine, and that the pharmaceutical company paid Gottlieb $365,000 that same year.

Twitter’s O’Boyle forwarded Gottlieb’s complaint about Giroir’s tweet to the “Strategic Response” team, referring to Gottlieb as “former FDA commissioner,” but omitting that he was also a Pfizer board member. “A Strategic Response analyst” then “quickly” decided Giroir’s tweet broke no platform rules. But Berenson said Twitter flagged the post anyway, slapping a “misleading tag” on the tweet. When a tweet is flagged, the targeted tweet’s reach is limited.

The next target of Gottlieb was a tweet from author and lockdown skeptic Justin Hart about COVID-19’s low risks for children, Berenson said. That was because “Pfizer would soon win the okay for its mRNA shots for children, so keeping parents scared was crucial.”

Hart reportedly tweeted, “Sticks and stones may break my bones but a viral pathogen with a child mortality rate of <>0% has cost our children nearly three years of schooling.”

Gottlieb would later assert on CNBC and Twitter that he was not attempting to “suppress debate” about the COVID-19 vaccines, Berenson said in concluding his tweet thread. But “[t]hese files prove that Gottlieb – board member at a company that has made $70 billion on the shots – did just that.”

Berenson has also been a victim of censorship. Twitter suspended Berenson for a year, starting August 2021, for “misinformation” after he slammed various draconian COVID-19 policies.

Gottlieb, according to Berenson’s Twitter Files, was also one of the people urging Twitter to censor Berenson, a fact he had to admit after the journalist released proof, Berenson said. “I’m unconcerned about debate being made,” Gottlieb attempted to defend himself on CNBC. “I’m concerned about physical threats being made for people’s safety.” But that’s not what his message to O’Boyle about Giroir’s completely non-violent tweet said.

Berenson added that “Pfizer has a long history of violating drug industry laws and ethics rules.”

Conservatives are under attack. Contact your representatives and demand that Big Tech be held to account to mirror the First Amendment of the United States Constitution. If you have been censored, contact us at the Media Research Center contact form, and help us hold Big Tech accountable.

Pete Buttigieg: “Every Transportation Decision We Make is a Climate Decision” (VIDEO)
Arizona’s Katie Hobbs Halts Executions of Over 100 Murderers – Here’s Who She’s Sparing
Judge orders Boeing to be arraigned on felony criminal charges in 737 Max debacle that killed over 300 passengers
Hilarious: Andrea Mitchell Claims Liar Adam Schiff Isn’t a Liar
19-year-old Iowa woman claimed to have football-sized tumor on her spine, but police say it was all a scam