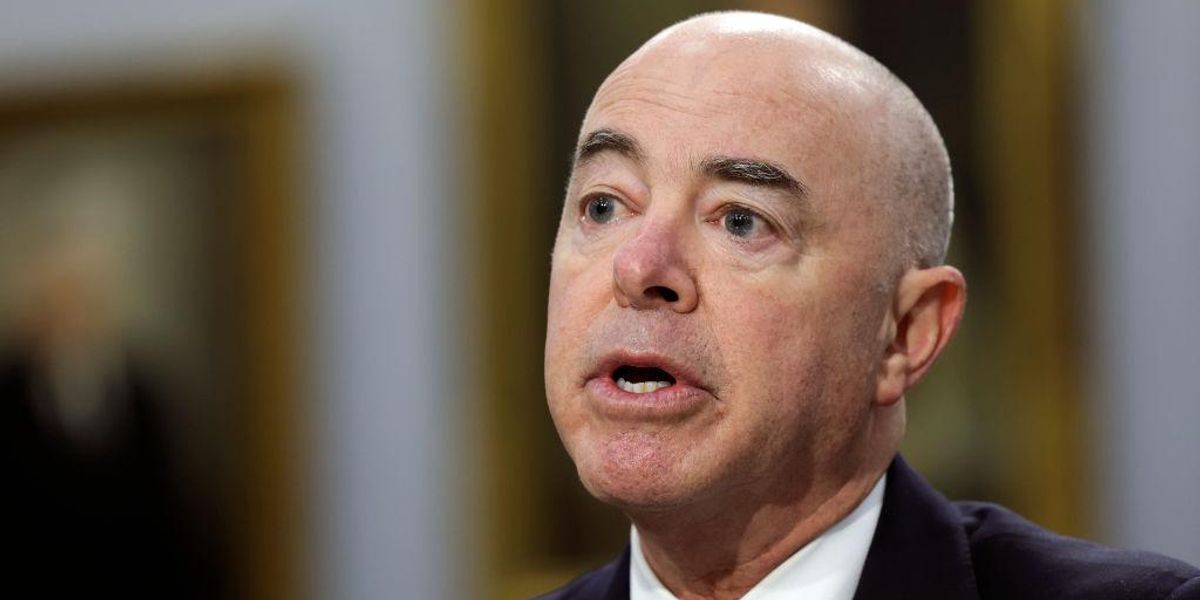 The articles have been referred to the House Judiciary Committee, now chaired by Republican Rep. Jim Jordan (Ohio), which will determine how and whether to proceed.

Fallon summarized the rationale behind the action, which House Speaker Kevin McCarthy (R-Calif.) and other Republicans have threatened for months: “Secretary Mayorkas’s willful actions have eroded our immigration system, undermined border patrol morale, and jeopardized American national security. He has violated the law and it is time for him to go.”

The articles of impeachment accuse Mayorkas of violating his constitutional oath and engaging in a pattern of conduct incompatible with his duties as an officer of the United States.

“It is unfortunate that we have gotten to this point, but it is necessary,” Fallon said in a statement. “Secretary Mayorkas’s potential impeachment is not an accident. He has willfully abdicated his duties as Secretary of Homeland Security and actively misled Congress and the American people. To make any progress at our southern border, he must go.”

In the impeachment documents, Fallon cited the Secure the Fence Act of 2006, which requires the DHS secretary to “maintain operational control over the entire international land and maritime borders of the United States,” noting that operational control is defined as “the prevention of all unlawful entries into the United States, including entries by terrorists, other unlawful aliens, instruments of terrorism, narcotics, and other contraband.”

Fallon noted that Mayorkas, who previously helped implement the DACA program during the Obama administration, has “presided over a 180-percent increase in encounters at the southern border compared to the previous administration” and stood by while over 5.5 million criminal noncitizens stole into the United States.

Extra to an unprecedented number of illegal aliens crossing the border and 1 million known “gotaways” escaping into the United States, U.S. Customs and Border Protection reported that 98 persons with records in the Terrorist Screening Data Set crossed America’s southwestern border in fiscal year 2022. Fifteen crossed last year, five times more than in the previous year. There were zero reported in 2019.

The articles of impeachment further note that “more fentanyl has crossed the border in the last 2 months than in all of fiscal year 2019 under President Trump’s leadership. In fiscal year 2022, over 14,000 pounds of poisonous fentanyl was seized at the southern border. Fentanyl overdoses are the number one cause of death for individuals ages 18 to 45 nationwide.”

In addition to facing accusations that he failed to uphold his oath, Mayorkas is accused of violating the Immigration and Nationality Act, which requires the DHS to detain inadmissible and uninspected illegal aliens in or entering the U.S. until processed.

“Secretary Mayorkas has violated the law and gravely endangered the national security of the United States,” the articles claim, for these reasons and for:

Fallon further contends that Mayorkas both lied to Congress, having claimed in recent testimony that the southern border is secure, and “slandered his own hardworking Border Patrol agents,” having knowingly advanced a bogus narrative that agents whipped Haitian migrants.

Ahead of Fallon’s filing, Mayorkas, who maintains the border is “secure,” told ABC’s “This Week” that he has no intention of resigning.

“I’ve got a lot of work to do,” Mayorkas said Sunday night, adding that he entertained hopes that a “regional solution” might come out of this week’s North American Leaders’ Summit in Mexico.

In lieu of solutions, at the summit in Mexico City, leftist Mexican President Andres Manuel López Obrador celebrated President Joe Biden’s refusal to build “even one meter of wall” and called for Mayorkas’ boss to confer amnesty on millions of illegal aliens.

Mayorkas also told “This Week” that he was prepared for possible investigations by House Republicans and that he would “work throughout them.”

The Texas Tribune reported that Fallon originally filed the articles of impeachment on Jan. 3, but they were delayed on account of the protracted House speaker vote.

Rep. Andy Biggs (R-Ariz.) introduced a similar resolution to impeach, try, and remove Mayorkas from office on Aug. 10, 2021, which Fallon and over a dozen other Republicans cosponsored.

The previous resolution claimed that the DHS secretary presided “over a reckless abandonment of border security and immigration enforcement, at the expense of the Constitution and the security of the United States.”