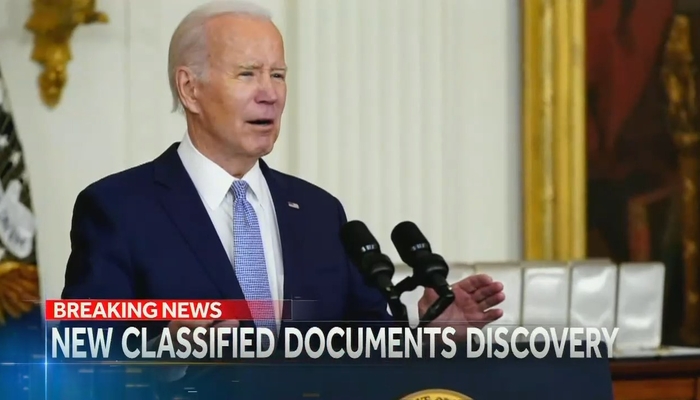 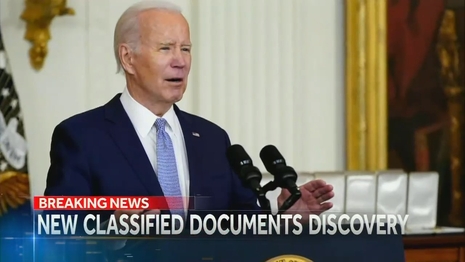 CBS broke the news on Monday that Biden’s lawyers disclosed they have discovered classified documents in an office at the University of Pennsylvania’s Biden Center in the nation’s capital. The “roughly 10” documents are from President Biden’s vice-presidential office at the center, which opened in 2018.

This triggered serious news coverage….and a rash of comparisons suggesting Joe Biden couldn’t possibly be half as careless with classified information as Donald Trump. Journalists implied Biden’s a seasoned professional who understands national security, while Trump is the King of Recklessness. On NPR and other networks, they insisted you couldn’t compare these two incidents “apples to apples.”

NPR media reporter David Folkenflik argued “There really haven’t been a ton of scandals during the Biden presidency affecting Joe Biden himself, beyond his troubled son, Hunter. So consider it a little bit of a media test case.” Just like they said for Obama, there aren’t many Biden scandals…because they’re not looking for any Biden scandals. After all, it was NPR that insisted in the last weeks of the 2020 campaign that any focus on Hunter Biden was a “pure distraction.”

The most honest comparison came from CBS late-night host James Corden, who simply played what President Biden said on 60 Minutes about Trump after the FBI raid of Trump’s home at Mar-a-Lago. “How that could possibly happen. How one– anyone could be that irresponsible! And I thought what data was in there that may compromise sources and methods? By that I mean names of people who helped or et cetera. And it just totally irresponsible.”

Coffee contains hundreds of medicinal compounds that may prevent cognitive decline
On Tomboys and Sissies
Are You a Boy, or Are You a Girl?
Former reality star leaves fundamentalist, cult-like teachings to embrace the true gospel
Nancy Pelosi ordered priests to perform exorcism at her home after husband’s hammer attack, daughter reveals