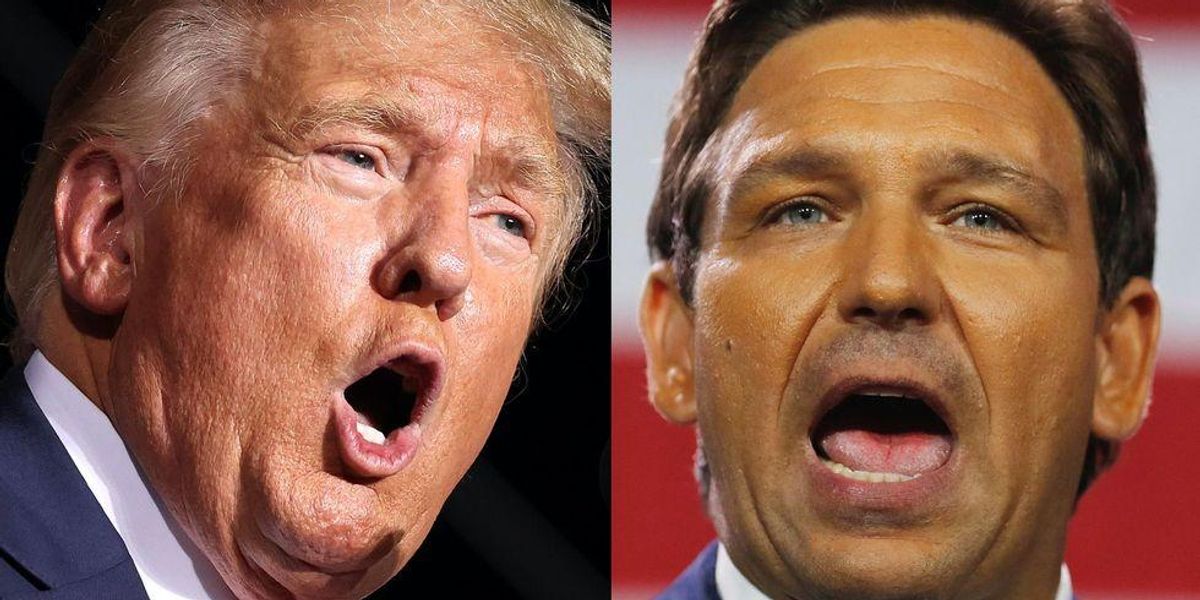 A new poll said that Florida Gov. Ron DeSantis was trailing former President Donald Trump in the primary race for the Republican presidential nomination in 2024.

The poll from Morning Consult found that Trump garnered 46% of the Republican primary vote while DeSantis only garnered 33% of support.

Former Vice President Mike Pence garnered only 9% of the vote, while former Rep. Liz Cheney of Wyoming received only 3% of the primary vote.

Trump has announced that he is running for the nomination while DeSantis has not announced. Pence has also hinted that he might run in 2024, while many believe DeSantis is preparing for a presidential campaign after winning a resounding victory in his reelection campaign.

In December, a separate poll from USA Today-Suffolk University found that the Florida governor was far ahead of Trump with 56% of the vote and only 33% for the former president. That poll also found that DeSantis would beat President Joe Biden in the general election by a 4 percentage point margin, 47% to 43%, respectively.

Trump has apparently identified DeSantis as a threat to his campaign because he issued a threat ahead of the governor’s reelection night in November.

“If he runs, he runs,” Trump said in an interview from the Wall Street Journal. “If he did run, I will tell you things about him that won’t be very flattering. I know more about him than anybody other than perhaps his wife, who is really running his campaign.”

He went on to say if DeSantis ran, it would be bad for the Republican Party, the base would not like it, and it would hurt DeSantis “badly.”

When asked about the threat from Trump, DeSantis launched into an attack on the corporate media and said that he was going to ignore the “noise” and keep working.

“And, you know, at the end of the day, I would just tell people to go check out the scoreboard from last Tuesday night,” DeSantis added. “The fact of the matter is, it was the greatest Republican victory in the history of the state of Florida.”

Trump also admitted that he voted for DeSantis in his reelection campaign in Florida.

A Trans ‘Toast’ to Licking, Screaming Queers & How Being an ‘American Citizen’ is Racist
Would Kari Lake Make a Good Running Mate for Trump?
Woman accused of trying to kill doppelganger friend with poisoned cheesecake so she could steal her identity and return to Russia where she is wanted for murder of another woman
Ron DeSantis reportedly preparing for 2024 presidential run. A ‘more angry’ Donald Trump takes shot at ‘disloyal’ Florida governor.
Police arrest Seattle-area pastor for allegedly dealing drugs, including fentanyl, cocaine, and meth