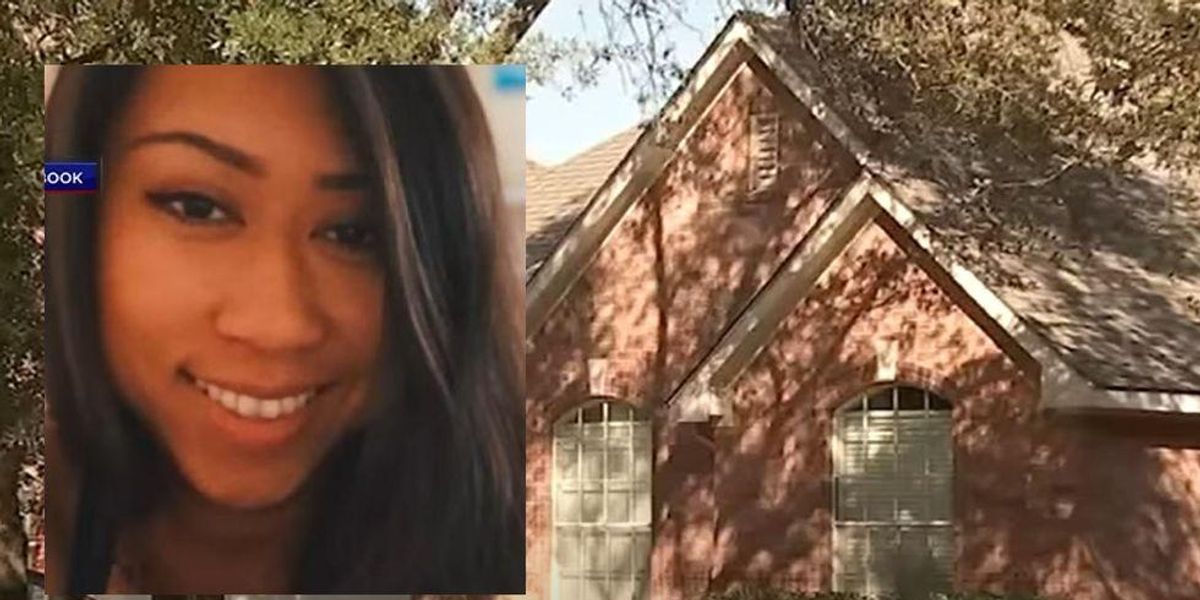 A young elementary teacher in Texas was shot and killed in her backyard. Police believe she was the victim of domestic violence.

Just before 10 p.m. on Saturday, police in Sugar Land, Texas, about 20 miles southwest of Houston, received a call about gunshots heard near “the 1100 block of Oxford Mills Lane,” a report states. When cops arrived at the residence where the shots were heard, they found 28-year-old Wendy Duan dead in the backyard. She had sustained “multiple gunshot wounds.”

Neighbor Tony Thomas, who was at home at the time of the shooting, told reporters, “Out of nowhere, just four very distinct gunshots is what I heard, and it was quite scary at the moment. So I dropped everything I was doing, came outside.”

Though police have zeroed in on a suspect, they have not released his name or brought him into custody. They believe that, though Duan lived alone and that no one else was at the residence when police arrived, Duan had been the victim of a domestic violence incident.

“A male suspect has been identified. His identity is not being shared at this time to protect the integrity of the homicide investigation,” said Sugar Land city spokesman Doug Adolph.

Alief Independent School District confirmed that Duan had been employed at Boone Elementary School since 2017. She worked as a third-grade reading and language arts teacher or teacher’s aide, and she was popular with both students and staff.

“We are deeply saddened to learn about the tragic passing of Alief ISD employee Wendy Duan,” a statement from the district read. “Our thoughts and prayers are with her family during this difficult time.”

“She’s our family,” Holmes continued. “She just felt so happy to serve.” The two women also volunteered together with a local nonprofit called Social Good In Action.

Duan graduated from the University of Houston, and she specialized in working with students who are not native English speakers. In 2021, she received an award for her efforts.

“I still can’t believe that I won [English as a Second Language] teacher of the year lol,” Duan posted on Facebook. “The whole time I kept telling people that there’s no way that I would win, especially going against other teachers who have been teaching way longer than I have. Thanks to the people who believed in me and voted for me!”

Remember When the Media Blamed Trump for George Floyd’s Death?
Double amputee, who reportedly lost his legs after encounter with police in Texas, shot and killed by police in California
FLASHBACK: The Media Lovefest That Kicked Off Hillary’s 2016 Campaign
Jay Leno’s show canceled following yet another vehicle-related accident: ‘I didn’t see it until it was too late’
Florida man gnawed off head of pet python during violent domestic dispute: Police