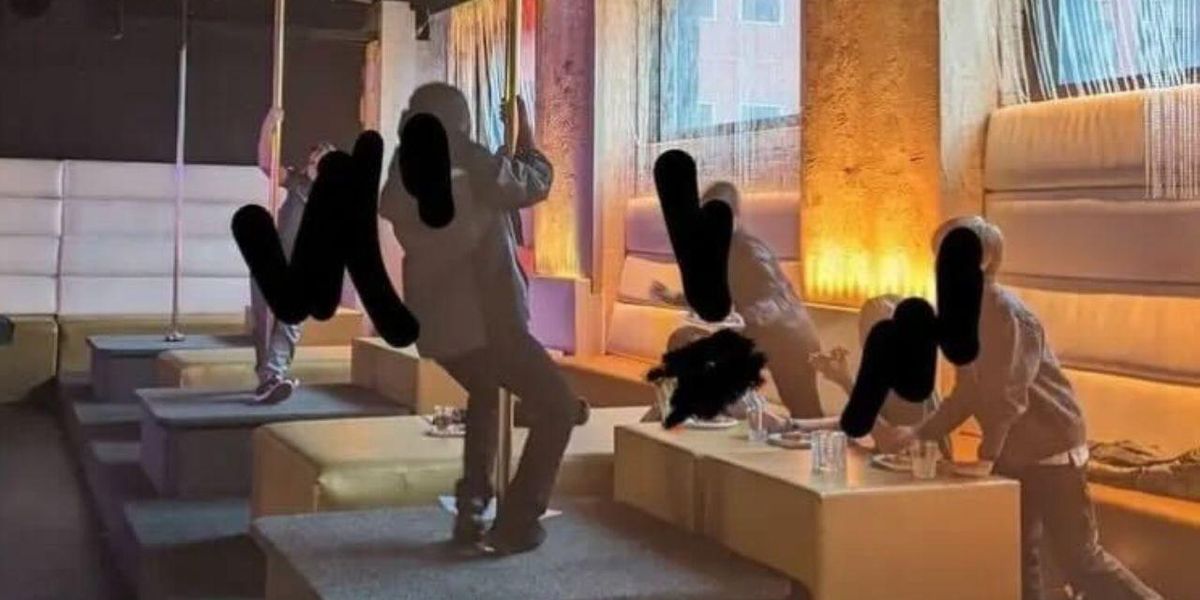 In November, sixth-grade students in a Michigan school district “tried out some pole dancing” when they were brought to a restaurant with an attached nightclub that included stripper poles during a field trip stop, according to a school board trustee.

Libs of TikTok shared the story on Twitter Tuesday, stating, “A middle school teacher in @rochcommschools allegedly took students to a strip club where they tried out pole dancing during a field trip. The story is being publicized now by a board trustee after the district has reportedly refused to address it.”

Andrew Weaver, a school board trustee for Rochester Community Schools, stated that a middle school teacher at Hart Middle School took students on a field trip to the Detroit Symphony Orchestra. Weaver alleged that the students were brought to Niki’s Pizza for lunch and, due to lack of space, the children were moved into the restaurant’s attached lounge, which includes stripper poles.

While the students were at Niki’s Lounge, an alcohol-stocked nightclub, they “tried out some pole dancing” and took photos, according to Weaver. He stated that the incident was an example of “poor judgment.”

Agatha Kefallinos, the owner of Niki’s Pizza and Niki’s Lounge, told the Daily Caller News Foundation that it was “absolutely made known to” school officials during several phone calls regarding the lunch reservations that, to accommodate the large group of students, they would have to be placed in the nightclub.

“We can only accommodate a certain number in the restaurant,” Kefallinos explained. “Typically when we have a group of over 100 people, we give them the option of going to our second floor, which is operated as a club on Saturday nights but is closed during the day.”

“We’ve been doing this for 20 years. We’ve had dozens of school groups, and there was never an issue. At the time of taking a reservation for a group of that size, we always make it very clear we can accommodate them on the second floor, but as we said, the space is a club, and so it’s at their discretion at that point to come in or chose not to,” Kefallinos added.

According to Kefallinos, the poles in the lounge are not stripper poles “and have never been used for that purpose” but instead are “part of the decorations.”

Weaver told Fox News Digital that the school district has not adequately addressed parents’ concerns about the incident.

“How did we get here? How do we not just communicate clearly to parents what happened? A mistake was made and address it and make sure that we have the policies in place to prevent it from happening again in the future,” Weaver said. “It’s not a witch hunt. No one’s going after anyone. It’s really just about how do we make sure that we communicate properly.”

The district has acknowledged that the students were brought to Niki’s for lunch.

“Parents and caregivers are always encouraged throughout the school year to contact their school administrator with questions or concerns,” said a district spokesperson. “Proposed field trips are evaluated by a curriculum team and require a parental/guardian permission slip. RCS may ask parents, caregivers, or other responsible adults to serve as field trip chaperones when appropriate. Adult chaperons are required to complete background checks. The safety and security of our students, staff and school community is always our priority.”

According to Weaver, in a December 21 letter to the district’s president and vice president, Shaner wrote, “It is imperative that the Board take immediate action to ensure Mr. Weaver’s compliance with protocol. Otherwise, I will be compelled to seek legal redress in another venue.”

u201cA middle school teacher in @rochcommschools allegedly took students to a strip club where they tried out pole dancing during a field trip. The story is being publicized now by a board trustee after the district has reportedly refused to address it.u201d