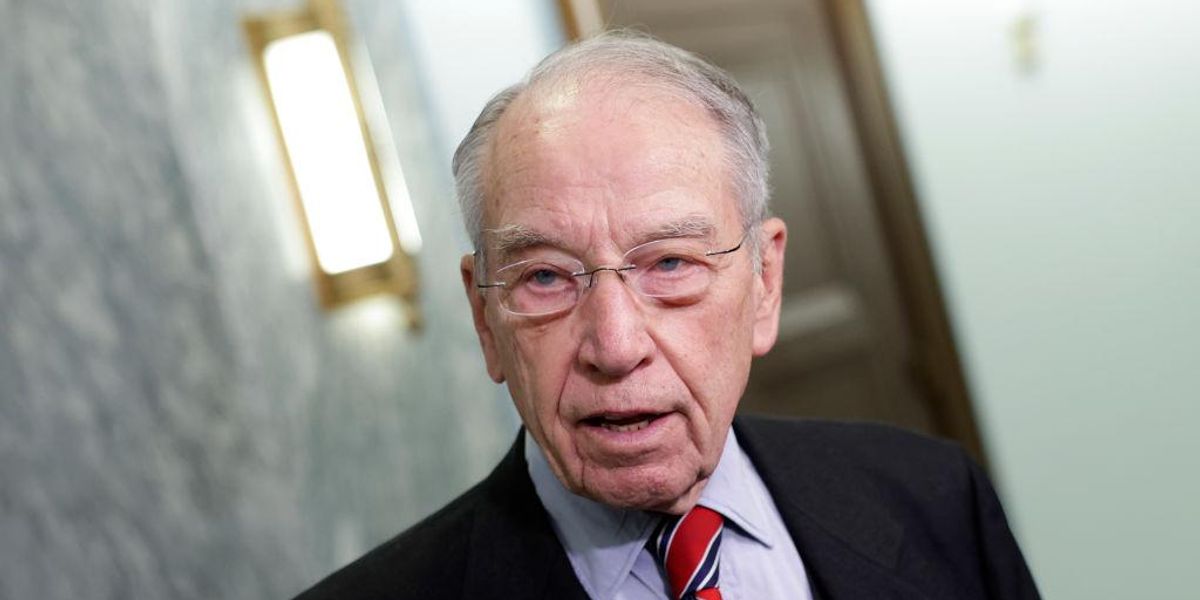 A Tuesday statement from his office noted that the senator “hurt his hip and will have surgery this week.”

Grassley tweeted on Wednesday that his “hip surgery today to repair a fracture was very successful. On my way to a full recovery.”

The 89-year-old lawmaker, who has served as a senator for more than four decades, just won reelection during a 2022 contest, which means that he will be 95 by the end of his current term.

GOP Sen. Rand Paul of Kentucky responded to Grassley’s post about the surgery on Wednesday by tweeting, “Glad to hear. Wishing you a speedy recovery!”

Democratic Sen. Bob Casey of Pennsylvania recently revealed that he had been diagnosed with prostate cancer.

“Last month, I was diagnosed with prostate cancer. While this news came as a shock, I can report that I have an excellent prognosis, as well as the benefit of exceptional medical care and the unwavering support of my family. In the coming months I will undergo surgery, after which I am expected to make a full recovery,” Casey said in a statement.

Democratic Rep. Jamie Raskin of Maryland announced last month that he had been diagnosed with cancer.

“After several days of tests, I have been diagnosed with Diffuse Large B Cell Lymphoma, which is a serious but curable form of cancer. I am about to embark on a course of chemo-immunotherapy on an outpatient basis at Med Star Georgetown University Hospital and Lombardi Comprehensive Cancer Center. Prognosis for most people in my situation is excellent after four months of treatment,” Raskin noted in a statement.