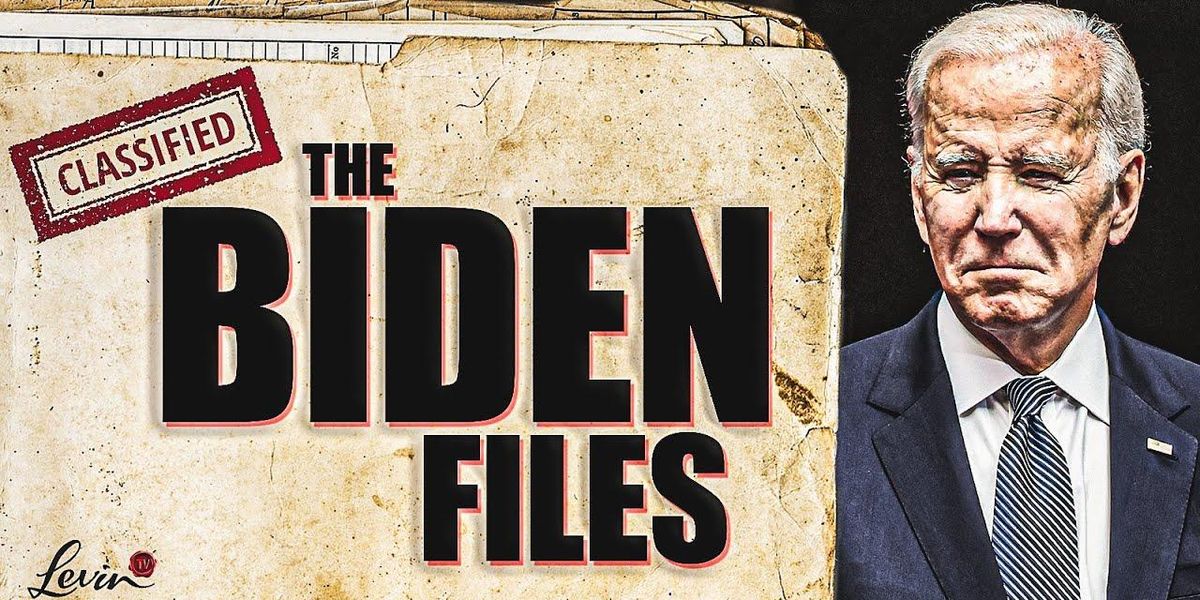 LevinTV host Mark Levin aimed at the inconsistent media reports that desperately appeared to draw distinctions between the classified document seizure executed at the Mae-a-Lago home of former President Donald Trump and the documents found in Biden’s possession.

“Those documents sat in an unsecured location for nine years, so don’t give me this ‘they made an immediate contact’ BS,” Levin said.

The top Republican on the House Intelligence Committee has requested that the U.S. intelligence community conduct a “damage assessment” of potentially classified documents. The question remains whether or not the revelation will complicate the Justice Department’s consideration of whether to bring charges against Trump.

Since the taping of this show, a second report of classified documents was discovered just two days after Biden’s legal team announced the November 2 incident.

Levin believes the Biden legal team attempted to get in front of the issue to control the narrative.

Watch the video for more on this story.

To enjoy more of “the Great One” — Mark Levin as you’ve never seen him before — subscribe to BlazeTV — the largest multi-platform network of voices who love America, defend the Constitution, and live the American dream.

“Harvey-Level Bad” — Hollywood A-Listers, Moguls In Total Panic Over Tell-All Files
Are We Talking Our Way Into a Debt Ceiling Catastrophe?
The 2024 Arizona Senate Race is an Opportunity the GOP Can’t Afford to Mess Up
BIASED MUCH? ChatGPT AI Writes Poem Admiring Biden, Not Trump: Report
Air Force General Predicts U.S. Will Be At War With China In 2025: ‘I Hope I Am Wrong’