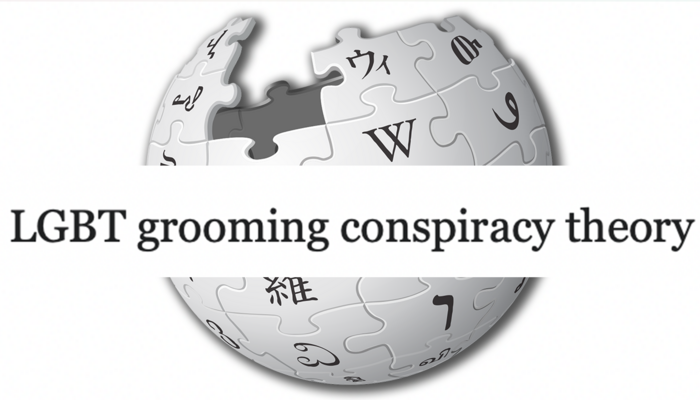 A new Wikipedia page has been created entitled “LGBT grooming conspiracy theory” which attempts to bash conservatives and conservative groups who call out grooming behavior when they see it. The page claims that accusations of grooming are just conspiracy theories and are characterized as examples of “moral panic.” 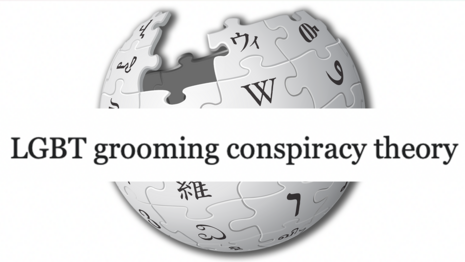 Since the early 2020s, conservatives and members of the far-right, mostly in the United States, have falsely accused LGBT people, as well as their allies and progressives in general, of systematically using LGBT-positive education and campaigns for LGBT rights as a method of child grooming. These accusations and conspiracy theories are characterized by experts as baseless, homophobic and transphobic, and as examples of moral panic.

The page called out numerous groups like Libs of TikTok, Fox News, The Heritage Foundation, Republican politicians, and individuals like James Lindsay and Christopher Rufo, all of whom have called out inappropriate behavior toward children by militant LGBTQ activists.

For example, Libs of TikTok regularly exposes drag shows where kids are forced to watch men in women’s lingerie spread their legs and shake their bare bums. Teachers have also been exposed for caring more about helping kids pick a different set of pronouns or a different gender or about how to masterbate than teaching actual academics.

Christopher Rufo linked such behavior to the term “grooming” a few years back, pointing out that sexualizing children and teaching them to keep secrets from their parents is a hallmark of predators.

According to RAINN, (Rape, Abuse &  Incest National Network) the nation’s largest anti-sexual violence organization, grooming is defined by “manipulative behaviors that the abuser uses to gain access to a potential victim, coerce them to agree to the abuse, and reduce the risk of being caught.”

At the Media Research Center, we literally have an entire web series dedicated to exposing grooming behavior in our society, so this isn’t a mere problem that conservatives “made up.” It is actually happening, and at a faster rate than we can keep up with. And this Wikipedia page is simply an attempt to point fingers at conservatives who, rightfully, think this behavior is an evil that is directly affecting children.

To be fair, Wikipedia is a site that pretty much anyone with access to a computer can edit. However, the Wikipedia company itself has the power to deny or reverse edits, which it hasn’t seemed to have done for the page.

Time will tell what happens with the page, but kudos to the groups that call out grooming behavior when they see it. Keep up the good work.