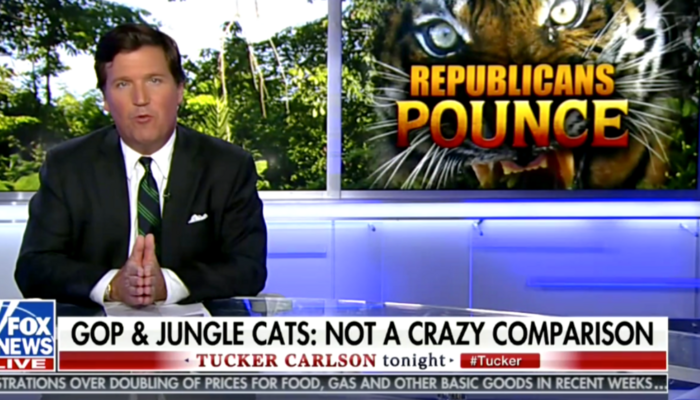 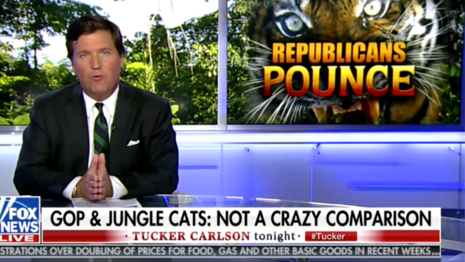 ABC News appears to be in such a state of urgency to defend Joe Biden in the wake of the documents scandal that they regurgitated a term that was thought to have been mocked out of existence. The worn cliché, “Republicans pounce” or as the title of ABC News reporter-producer Ben Gittleson’s story put it on Wednesday, “GOP pounces,” as you can see in  “Biden leaves questions unanswered on classified documents, as GOP pounces.”

Gittleson started covering for Biden in his description of his classified documents discovered at the Penn Biden Center in Washington D.C. Of course, this was a day before more classified Biden documents were revealed to have been found  in his Delaware garage where his green Corvette is parked.

Biden and the White House counsel have said lawyers for the president immediately notified the White House when they discovered those documents in a locked closet as they cleared out his office at the Penn Biden Center, a University of Pennsylvania-run think tank in Washington where Biden worked after his vice presidency ended.

To give Gittleson credit, he did wonder why the Biden administration waited so long before revealing this since the documents were discovered in early November.

One key question is why the president did not inform the public about the find earlier. The White House says Biden’s lawyer found the documents on Nov. 2 – less than a week before last year’s midterm elections – but it only commented on the incident after a CBS News report made it public this week.

However, Gittleson quickly turned to those nasty pouncing Republicans referenced in the title of his story:

Congressional Republicans have decried what they have called a double standard with how the administration has handled this incident compared to the FBI’s search of former President Donald Trump’s Mar-a-Lago residence, after he brought hundreds of classified documents there.

But there are key differences between the cases. Trump is alleged to have knowingly taken those classified documents, some with top-secret markings, when he left office; refused to hand over the material for months; and after receiving a grand jury subpoena still failed to return all in his possession.

And even after the FBI searched Trump’s residence, finding more than a hundred more documents with classification markings including some in Trump’s private office, department officials have been continuing to press Trump’s lawyers in recent weeks to certify that he does not continue to have any more classified records in his possession.

The White House, meanwhile, says that it immediately heard from Biden’s lawyers after they found the documents, and that the National Archives took possession of them the next day.

If Gittleson did not write the title to his story, then he needs to warn the editor who did to never again use the “GOP pounces” in a title since it has long ago become a worn cliché that now only serves as a red flag for mocking any article using that term. Even its replacement “Republicans seize” has already become another cliché.

Perhaps Gittleson and his ABC News editors should consult the thesaurus for a suitable replacement. “Republicans swooped.” That could work… but only for a brief time until it joins “GOP pounces” and “Republicans seize” in the stale cliché category.