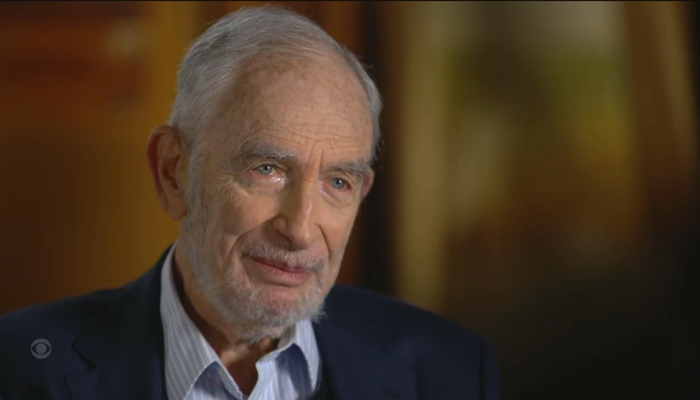 Here’s a fact about how TV news finds its policy experts: There’s no random dart tossing at faculty directories. The segment producer knows exactly what they’re looking for, and books experts who best match the pre-determined narrative of the piece. 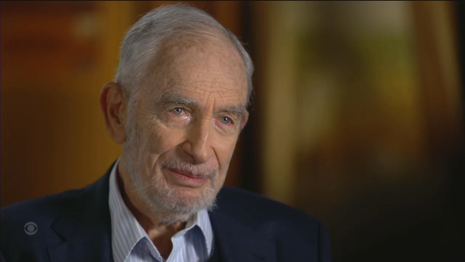 And when you’re seeking to panic viewers with talk of an impending environmental apocalypse, there’s no one with a more established track record than Stanford University’s Paul Ehrlich. So it was no accident that Ehrlich popped up on CBS’s 60 Minutes earlier this month to predict “the next few decades will be the end of the kind of civilization we’re used to.”

Ehrlich, CBS well knew, has an incredibly long history of seeing mankind’s doom, including his 1968 book The Population Bomb, which argued humanity had exceeded the resources needed to feed itself and disaster was in the offing: “In the 1970s the world will undergo famines — hundreds of millions of people are going to starve to death in spite of any crash programs embarked upon now.”

As the MRC’s MediaWatch newsletter recounted two decades later, Ehrlich’s book wrongly predicted that “famine and food riots would ensue until 1985, ‘when it is calculated the major die-back will be over,’ that is, when enough millions have died to reduce Earth’s population to some arbitrarily acceptable level, like 1.5 billion people.”

The fact that none of that happened hasn’t stopped journalists from seeking him over the years out when they wished to frighten viewers with prophecies of doom:

■ 1989: Farewell to Florida and Washington, D.C.  In May 1989, NBC’s Today gave Ehrlich a production and travel budget as well as free air time over three days to present his grim take on the world’s problems. Viewers heard that because of global warming “rising sea levels would eventually flood low-lying coastal areas. We could expect to lose all of Florida, Washington D.C., and the Los Angeles basin.”

And Americans should blame ourselves: “A handful of industrial countries have grown rich consuming something like 80 percent of the world’s resources, and we are most responsible for the world’s environmental declines.”

■ 1990: Rising Sea Levels Will Swamp Washington. In January 1990, NBC’s Today again supplied resources for more alarmist segments narrated by Ehrlich. He was horrified by the idea of less developed nations becoming more like the United States: “The most explosive social reality of the next century is that the world’s ecosystems cannot support the spread of the American lifestyle to the underdeveloped nations of the world.”

In another piece, Ehrlich again raised alarms that climate change would swamp Washington, D.C.: “As global temperatures rise, they may cause the massive West Antarctic ice sheet to slip more rapidly. Then we’ll be facing a sea-level rise not of one to three feet in a century, but of 10 or 20 feet in a much shorter time. The Supreme Court would be flooded. You could tie your boat to the Washington Monument. Storm surges would make the Capitol unusable.”

According to NASA’s Earth Observatory project, the actual sea-level rise since 1992 has been less than 4 inches. If it continued at the observed rate of 0.15 inches/year, it would take 800 years to reach the 10-foot rise Ehrlich warned of 33 years ago (and 1,600 years to reach 20 feet).

1992: American Babies Are a Disaster. In May 1992, CNN built a one-sided report around Ehrlich’s idea of “global overpopulation.” Reporter Mark Walton conveyed the piece’s premise that industrialized nations and their conveniences are much more destructive than the Third World.

Ehrlich assumed babies are a terrible burden on resources (as opposed to future producers and innovators), and babies from rich countries will consume the most: “Generally, one can say that the birth of a baby in the United States is on the order of thirty times as big a disaster for things like global climate change, the ozone layer, acid precipitation, and so on, as a baby born in a poor family in Nepal, Bangladesh, Colombia, or whatever.”

■ 2006: Humanity Is Killing the Planet. When NBC Today co-host Matt Lauer was given a chance to narrate a Sci-Fi network special called “Countdown to Doomsday,” he knew who to call. Amid the various scenarios for mankind’s extinction, Ehrlich blamed the glut of human beings for destroying other species:

Host Matt Lauer: “Today, life on Earth is disappearing faster than the days when dinosaurs breathed their last, but for a very different reason.”
Dr. Paul Ehrlich: “Humanity is assaulting Earth’s life support system, what scientists sometimes call ‘ecosystems,’ at a level that is absolutely unprecedented….If I were to grade humanity on its care of the life support systems upon which its very future depends, I’d give it a grade of F.”
Lauer: “That failing grade is spelling disaster for our environment, and for us.”

■ 2014: Our Soylent Green Future. In a May 21, 2014 “HuffPost Live” interview, Ehrlich was asked about the ethics of eating animals for food, and he seemed to surprise the host by saying the more likely moral question of our resource-scarce future would be “Is it perfectly okay to eat the bodies of your dead?…It’s moving in that direction with a ridiculous speed.”

Host Josh Zepps: “Do you suspect, Paul, that in decades or centuries to come the way that we treat animals and eat, consume them today will be looked back on as a travesty?”
Dr. Paul Ehrlich: “It’s hard to say, because I don’t think there’s going to be the centuries to come with our kind of civilization with the kind of ethical issues that at least some people in our civilization are concerned with. I think that the issues are probably more likely to be, ‘Is it perfectly okay to eat the bodies of your dead?’ because we’re all so hungry.”
Zepps: “Really, it will get that bad?”
Ehrlich: “Oh, it’s moving in that direction with a ridiculous speed.”

■ 2019: “Forget About It and Die.” CNN again utilized Ehrlich to bolster a sensational report from the United Nations that said humanity was ruining the planet. Reporter Nick Watt scolded: “The human population has doubled in just 50 years, our agriculture consumes more and more land, natural habitats are shrinking, we continue to pollute, the climate continues to warm, and natural ecosystems crumble at an accelerating rate.”

Ehrlich added: “For a species that named itself homo sapiens, the wise man, we’re being incredibly stupid.”

■ 2023: “Humanity Is Not Sustainable.” For New Year’s Day, CBS’s 60 Minutes built a completely one-sided segment around the idea that too much humanity is smothering the planet, using only Ehrlich and two of his like-minded Stanford colleagues as experts.

Pelley darkly began: “In 1970, the planet’s three and a half billion people were sustainable. But on this New Year’s Day, the population is 8 billion…. The scientists you’re about to meet say the Earth is suffering a crisis of mass extinction on a scale unseen since the dinosaurs.” He then turned to Ehrlich, who Pelley admitted had been a “doomsday celebrity” since the 1960s.

Ehrlich said precisely what his long track record told CBS he’d say: “Humanity is not sustainable to maintain our lifestyle — yours and mine — basically for the entire planet. You’ll need five more Earths — not clear where they’re going to come from….Humanity is very busily sitting on a limb that we’re sawing off.”

After more than 50 years, Ehrlich’s point of view is well known, as is his track record of sensationally wrong predictions. In spite of all of this, the liberal media continue to promote him as an authoritative source, in one-sided reports where he’s not confronted by any critics.

Why? Because by sowing Ehrlich’s brand of fear and panic about the future, the leftist environmental industry (including the media) seek to push the public toward accepting radical changes in their lifestyle (like massive reductions in our rate of personal consumption) that they would otherwise reject.

And the doomsday celebrity professor sure seems to appreciate the media’s efforts. Soon after the 60 Minutes segment aired, the 90-year-old took to Twitter to applaud Pelley’s performance: “CBS did a fine job — hope it does some good.”

For more examples from our flashback series, which we call the NewsBusters Time Machine, go here.