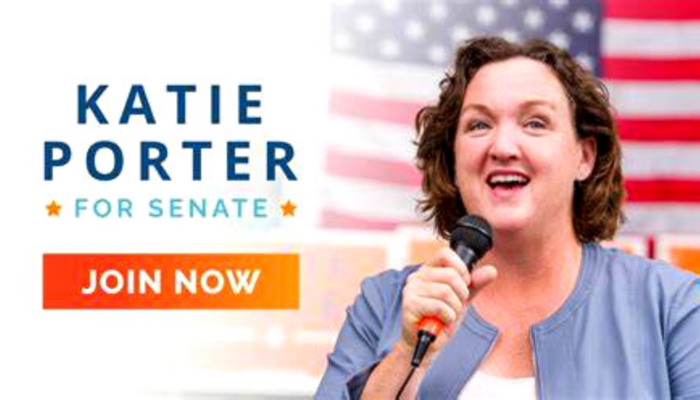 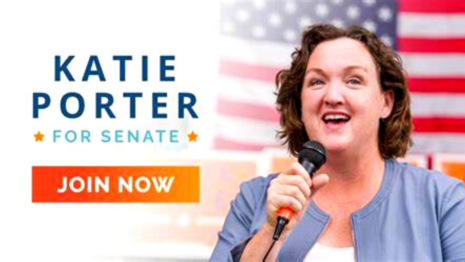 Finally, finally after two recent stories about California Congresswoman Katie Porter first pondering and then announcing her bid for the U.S. Senate, Politico has at last gotten around to revealing the already well known embarrassing employee scandal in her office. A scandal almost as embarrassing as pretending it doesn’t exist as Politico absurdly tried to do.

Unfortunately for Politico, it doesn’t exist in a completely impenetrable liberal bubble and despite much of the media ignoring Porter’s scandal, it was highlighted in conservative media as was grudgingly admitted in Friday’s story by Politico‘s associate editor Katelyn Fossett in “Katie Porter and the ‘bad boss’ problem.”

Although it was ultimately too discomfiting for Politico to ignore the scandal, Fossett still tried to play defense for Porter.

With a Senate bid, Porter, a former law student of Massachusetts Sen. Elizabeth Warren and a fast-rising progressive star, can expect more media attention — and she can expect to see some criticisms resurface with more strength, too. One criticism of Porter has been that she’s allegedly a terrible — according to some accounts, abusive and racist — boss.

In December, text messages surfaced in which Porter scolded a staffer for giving the congresswoman Covid. Dear White Staffers, a Twitter and Instagram account that shares anonymous first-person accounts and gossip from staffers on Capitol Hill, published that text exchange between Porter and the staffer, Sasha Georgiades, alleging that Porter had fired Georgiades due to the incident.

It would have been helpful if Fossett had included the texts between Porter and her staffer but she neglected to do so since it paints a rather ugly picture of the congresswoman as you can see below in the Tweet referenced but conveniently skipped for inclusion in the Politico story:

VIBE CHECK: Rep. Katie Porter fires staffer after both test positive for COVID. Full texts from the Congresswoman firing the staffer via text. Shared with permission from staffer. pic.twitter.com/jbhn2NzrmB

Most of the rest of the story is Fossett playing defense for Porter:

Some former staffers have disputed some of the messages that were sent to Dear White Staffers. One DMer had written that Porter’s first Wounded Warrior fellow – the same program that Georgiades was a part of – had left under “acrimonious circumstances.” That former fellow, Gage Sitzmann, disputed that characterization in an interview with National Review.

In an email, Jordan Wong, Porter’s communications director, said, “She has never been racist or abusive to staff” and referred Women Rule to a podcast where Porter talks about her treatment of staffers.

“I regret if this employee feels disgruntled,” Porter said when asked about these accusations in an interview with Pod Save America released Thursday. “I’m willing to expect people to work hard. I work hard, and I think that’s what the American people should expect,” she continued.

Almost to be expected in a liberal publication, Fossett plays the possible unfair attack upon women card as part of the Porter defense attempt, bringing in Hillary Clinton aide Jennifer Palmieri for support:

The behavior of tough male bosses is presented differently in reporting, Palmieri argued — “as a badge of honor, not a mark of shame.”

If Politico had just included a reference in their previous Porter stories about this office scandal which was already widely known since late December it could have spared itself having to publish this article which finally reported on it while playing absurd defense for Porter to the extent that it cleansed the story of texts between Porter and her employee.

‘His art gives us hope’ Art dealer claims Hunter Biden ‘will become one of the most consequential artists in this century’
RATINGS KING: Greg Gutfeld Of FOX News Tops Every Show On CNN And MSNBC
Pennsylvania police say family of three found dead in their backyard had a murder-suicide pact, daughter had posted bizarre videos online
Telemundo’s “Con-Law Expert”: Pence Doc Find Is “Christmas” For Trump
DACA Was Always Unconstitutional